Breaking: The NSA is no longer using the phone metadata program. It’s time for Congress to end it once and for all. 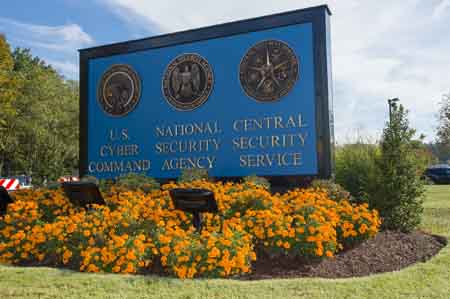 Dear Speaker Pelosi, Chairman Nadler, and Chairman Schiff:
On December 15, 2019, three provisions of the USA PATRIOT Act are scheduled to sunset, including the authority known as “Section 215.” The undersigned progressive and grassroots organizations urge you not to reauthorize the continued mass surveillance of innocent people under that authority.[1] The use of such tools actively undermines the rights of historically targeted communities and the values of the Democratic Party. [2],[3]

Many of our organizations were dismayed that, in early 2018, then-Minority Leader Pelosi and other prominent House Democrats voted against the vast majority of Democratic House members and for the codification and expansion of warrantless mass surveillance conducted under Section 702, like Section 215 a provision of the Foreign Intelligence Surveillance Act. That decision, during the tenure of a President whose authoritarian and discriminatory tendencies are well-known and regularly decried from all quarters of the Democratic Party, was a betrayal of both constituents who are most affected by surveillance and to all people’s right to privacy. We implore you to use the sunset of Section 215 as an opportunity to diminish rather than expand or extend the ability of Donald Trump and subsequent administrations to conduct mass surveillance of innocent people.

When Congress first debated Section 215, many critics worried that it allowed the FBI to subpoena library records. [4] Twelve years later, the public learned that the government had used the same provision for far more invasive and comprehensive surveillance — to justify the collection of all telephone records across the country — and learned too that the FISA Court had condoned the practice based on the theory that the NSA needed to acquire all such records to determine which were relevant to an investigation.

More than five years have passed since the public became aware of the damning extent of mass surveillance that is conducted against innocent people in the United States pursuant to Section 215.
Despite broad public outrage and several Congressional attempts to meaningfully reform Section 215, mass surveillance of innocent people continues. [5] Indeed, one sub-provision of Section 215 created when the USA FREEDOM Act last extended this provision’s sunset produced over 534 million call detail records in 2017, pursuant to only 40 orders. [6], [7] There are an additional 77 Section 215 orders from 2017, which have produced an unknown volume of additional records.

Mass surveillance damages the core values of the United States and must not be tolerated, and the threats it poses are compounded by the authoritarian proclivities of this president. Research has shown that Section 215 surveillance is directly responsible for measurable chilling of free speech, and in these times speech is resistance. [8] This contemptible outcome stems from Section 215 because it explicitly provides for the surveillance of people two degrees away from the actual target of surveillance. In other words, many of the hundreds of millions of records collected under Section 215 are not related to the targets of surveillance, or even to the people in touch with them, but to people not suspected of any wrongdoing who are unknowingly two degrees away from those targets. [9]

Mass surveillance disproportionately impacts historically marginalized communities through the increased scrutiny, surveillance, and prosecution of racial, ethnic, and religious minorities. Section 215 is ostensibly a counterintelligence and counterterrorism authority, cited by intelligence officials as a way to map connections from other countries into the United States. The almost certain consequence is that immigrant communities — currently targeted by this administration and also historically targeted by the Executive branch — are far more surveilled than others. The government, meanwhile, has failed to show that Section 215 is effective at stopping terrorism, even after recent revisions by the USA FREEDOM Act, let alone that it is worth its cost to our society.
[10]

Members of Congress — in particular Democrats who hold democratic, civil libertarian, and non-discriminatory values — must not condone any mass surveillance, especially when predicated on
guilt by association and an absurdly low standard for suspicion with disparate impacts on communities of color, immigrant populations, and religious groups. We respectfully request that you join us in forcefully opposing any efforts to extend the mass surveillance of innocent people in the United States under Section 215 this year.

1 This letter should not be taken as acceptance by the undersigned groups of the legality or constitutionality of the government’s interpretation and use of Section 215
2 https://democrats.org/about/party-platform/#civil-rights
3 https://democrats.org/about/party-platform/#cybersecurity
4 https://www.propublica.org/article/remember-when-the-patriot-act-debate-was-about-library-records
5 One such attempt was the USA FREEDOM Act. Notably, of the 88 Representatives who voted against the USA FREEDOM Act, 60 signed a letter led by Representatives John Lewis and Justin Amash that made clear their opposition was due to insufficient privacy protections in the bill: https://amash.house.gov/press-release/amash-lewis-and-house-colleagues-send-letter-senate
6 https://www.dni.gov/files/documents/icotr/2018-ASTR—-CY2017—-FINAL-for-Release-5.4.18.pdf
7 The NSA has acknowledged that an unquantified portion of the 534 million collected telephone records was acquired unlawfully and as a consequence the data has been deleted, with the remainder eligible for recollection: https://www.nsa.gov/news-features/press-room/Article/1618691/nsa-reports-data-deletion/
8 See https://pen.org//sites/default/files/Chilling%20Effects_PEN%20American.pdf; https://www.eff.org/deeplinks/2016/05/when-surveillance-chills-speech-new-studies-show-our-rights-free-association; https://www.washingtonpost.com/news/wonk/wp/2016/04/27/new-study-snowdens-disclosures-about-nsa-spying-had-a-scary-effect-on-free-speech/
9 Journalists attempted to quantify this problem in a related authority:  https://www.washingtonpost.com/world/national-security/in-nsa-intercepted-data-those-not-targeted-far-outnumber-the-foreigners-who-are/2014/07/05/8139adf8-045a-11e4-8572-4b1b969b6322_story.html
10 According to The Washington Post, after the telephone bulk collection program was exposed, the government’s “primary example” of its value was the conviction of a Somali cab driver in San Diego for sending $8,500 to al-Shabab:
https://www.washingtonpost.com/world/national-security/nsa-cites-case-as-success-of-phone-data-collection-program/2013/08/08/fc915e5a-feda-11e2-96a8-d3b921c0924a_story.html?utm_term=.f67e380363fd
Notably, the defendant was not provided notice of the use of Section 215 in his investigation until after his trial had concluded: https://www.wired.com/2013/06/nsa-defense-lawyers/