Stopping Secret Police Surveillance, One City at a Time 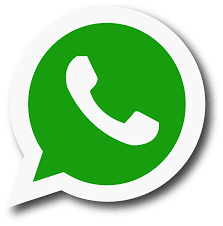 Over a billion people around the world use the messaging tool WhatsApp.

It’s a great tool to communicate with friends, family, and fellow activists around the world, and one reason why it’s so popular is because of the company’s strong commitment to user privacy. So when Facebook bought the company in 2014, a lot of users were worried despite reassurances from both companies that user privacy would be protected. Privacy groups were concerned too, and raised those concerns with the Federal Trade Commission (FTC). The Commission responded with a clear warning that the companies must continue to honor their privacy promises to WhatsApp users or risk violating Section 5 of the FTC Act. Specifically, user data can only be shared with others if users opt in to the data sharing (and affirmatively “yes sure, go ahead and give all my personal info to Facebook, I mean, why not? What’s the worst that could happen?”

Fast forward to August 25, 2016 when WhatsApp declared it would transfer customer data, including users’ verified telephone numbers, to Facebook for user profiling and targeted advertising. They said they would give users 30 days to opt out of the data dump. And this notice was buried in a new privacy policy WhatsApp published.

Today, we joined EPIC, the Electronic Privacy Information Center, and over a dozen consumer and privacy groups in asking the FTC to prevent WhatsApp from sharing the private information if its users with Facebook.