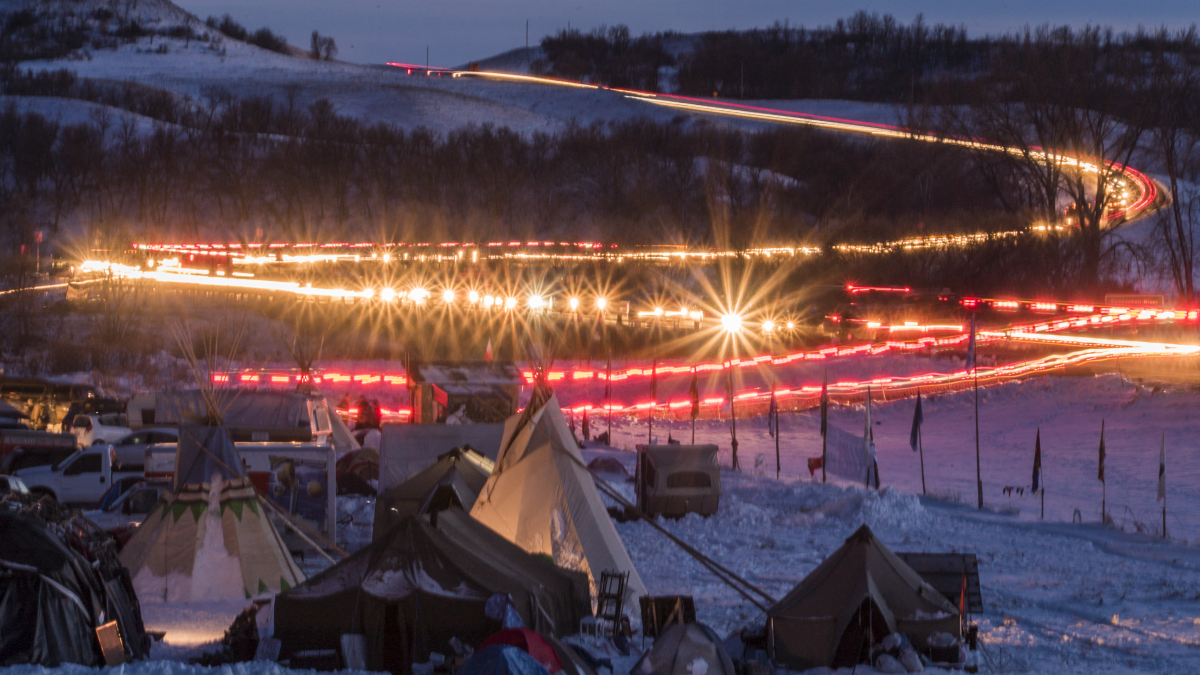 Elected officials in South Dakota aren’t even trying to hide their cozy relationship with TransCanada, the company behind the Keystone XL pipeline. In just 72 hours, they introduced and passed two egregious anti-protest bills designed to protect the company from peaceful protests against the pipeline.  The bills create civil liability for “riot boosters” in order to go after individuals and civil society groups that organize protests against the pipeline project.

The new laws would allow the state to sue organizers and others that encourage participants of peaceful but disruptive protests. As the International Center for Nonprofit law points out, “an individual who shouts encouragement on the sidelines of a disruptive protest, or organizations that provide advice about how to conduct a protest that is peaceful but disruptive, might be implicated.”

Noem, who consulted with TransCanada in writing the law, has made clear that her goal in signing this bill is to  “go after… funders” of disruptive protests related to the construction of pipelines, as well as the money that supports such protests, and “cut it off at the source.” She wants to prevent a huge mobilization like the protests at Standing Rock from occurring in her state.

On May 2, the tribe informed the Governor that she is not welcome on the Pine Ridge Reservation until she rescinds her support for the bills and

But the Oglala Sioux have also made clear their refusal to accept the new law. In a sharply worded letter to the Governor on May 2, the tribe told the Governor that she is not welcome on their reservation “until you rescind your support for SB 189 and SB 190 and affirm to your state and this country that First Amendment rights to free, political speech are among the truths you hold to be self-evident.”  The full letter is here and below.