Defending Rights & Dissent’s Statement on the Indictment of Julian Assange 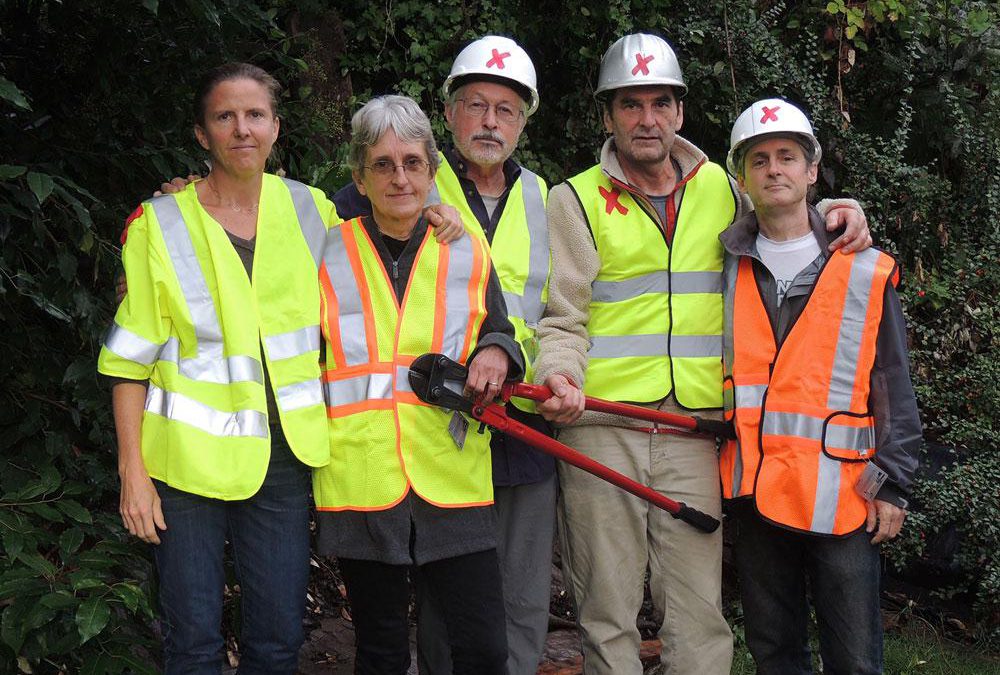 Yesterday, the Washington Court of Appeals reversed and remanded the conviction of climate activist Ken Ward and sent his case back to the lower court for a third trial because Ward was denied his Sixth Amendment right to present the necessity defense to a jury of his peers. The ruling marks the first time a Washington court has recognized in writing a climate protester’s right to present a necessity defense at trial.

The case arose from a series of non-violent actions that occurred in several states on October 11, 2016 in which five climate activists, known as the “valve-turners,” temporarily shut down all pipelines carrying tar sands oil from Canada into the U.S.

Judge Mann ruled: “Kenneth Ward appeals his conviction for burglary in the second degree after he broke into a Kinder Morgan pipeline facility and turned off a valve, which stopped the flow of Canadian tar sands oil to refineries in Skagit and Whatcom Counties. Ward intended to protest the continued use of tar sands oil, which he contends significantly contributes to climate change, and the inaction by governments to meaningfully address the crisis of climate change.”

Prior to trial, Ward argued that, while he committed these actions, his actions were protected under the long-standing common law doctrine of necessity. As the appellate Court notes, the “[necessity] defense may be raised when a defendant demonstrates that they reasonably believed the commission of the crime was necessary to avoid or minimize a harm, the harm sought to be avoided was greater than the harm resulting from a violation of the law, the threatened harm was not brought about by the defendant, and no reasonable legal alternative existed.”

The state made a motion to exclude all evidence and witnesses in support of the necessity defense. Defense witnesses included renowned experts Eric de Place, Bill McKibben, James Hansen, Richard Gammon, Celia Bitz, and Martin Gilens. The trial court granted the State’s motion prior to the first trial. At the second trial, the court was asked to reconsider its prior ruling but again denied Ward the opportunity to present evidence and testimony to support the necessity defense at his jury trial.

“I am very heartened that the Appeals Court recognized the validity of a necessity defense, in light of abundant evidence that the climate crisis is at a tipping point, and that our government is utterly ineffectual. I look forward to putting the true facts of my case before a jury.”

The Civil Liberties Defense Center, Ralph Hurvitz, and Climate Defense Project represented Ward at trial and during the appellate process. The State of Washington has 30 days to appeal the decision to the Washington Supreme Court. It has 20 days to file a motion with the Court of Appeals to reconsider. If no appeal is filed, the State may refile the charges and a third jury trial will be scheduled in Skagit County. If the case goes to trial a third time, Mr. Ward is permitted to present his climate necessity case to a jury of his peers.

A copy of the opinion is available here.