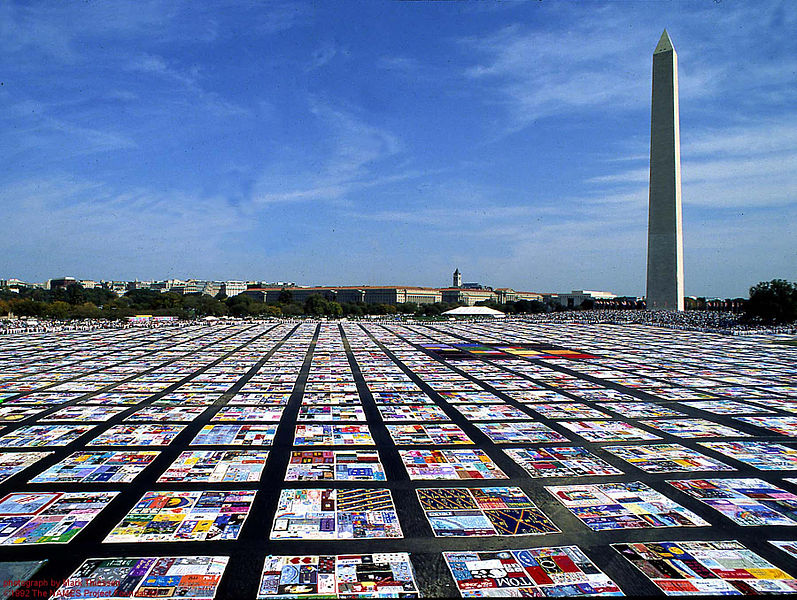 The AIDS quilt on the National Mall.

Today, the National Park Service announced it will not adopt any of their proposed new regulations and restrictions on protests on the National Mall and the area around the White House. In it’s announcement, NPS recognized that “The National Mall and President’s Park are regarded as premier civic and symbolic spaces in our nation” and said the current rules regulating protest in those and other public land administered by the NPS in Washington, DC, will remain unchanged.

Last year, over 140,000 people submitted comments to the National Park Service to oppose the proposed new regulations, which would have imposed onerous logistical and financial burdens on protest organizers. Advocacy organizations also spoke out against the proposed changes. Over 80 organizations signed on to a letter highlighting the power of protest,

There is a fundamental personal dignity in protest—the insistence that one’s voice matters. Protesting is also a patriotic act, as Americans show up to help steer the path of our country. As we work to fulfill the promise of this country, we must never restrict access to the public lands surrounding its halls of power.

Democracy is more than just voting. It is also entails freedom of expression and assembly. It includes the right of the people to come together in common cause. Without public forums, however, this right cannot be said to exist. As such, the National Park System is not only custodians of our parks and monuments, but they play a crucial in facilitating democracy. The National Park Service needs to live up to that responsibility by lessening, not increasing, the burden for having a demonstration in public parks.

While the proposal to make demonstration organizers to pay for the cost of policing their peaceful and lawful protests grabbed headlines, other proposed changes would have imposed significant additional logistical burdens on organizers, making it nearly impossible to organize large-scale national protests.

“The National Mall is where we, the people, come to tell our government what we think about the job they are doing,” said Sue Udry, Director of Defending Rights & Dissent. “The National Park Service was out of line to propose restrictions on our First Amendment right to assemble and speak out on the nation’s ‘premier civic space.’ But the voices of 140,000 people could not be ignored. NPS had to back down.”

The NPS was also facing a potential law

“Faced with a far-reaching constitutional rights lawsuit and a groundswell of grassroots opposition to the proposed NPS regulations, the Trump White House has abandoned its dangerous efforts to eviscerate mass protest in the nation’s capital. The Trump administration’s outrageous plan was met with the very force they were trying to suppress — the power of the people. Today is a huge victory in defense of the Constitution and cherished freedoms.”