Home / Dissent NewsWire / Victory for Journalists, Whistleblowers, and Activists As Key Provisions of Ag-Gag Law Found to Be Unconstitutional 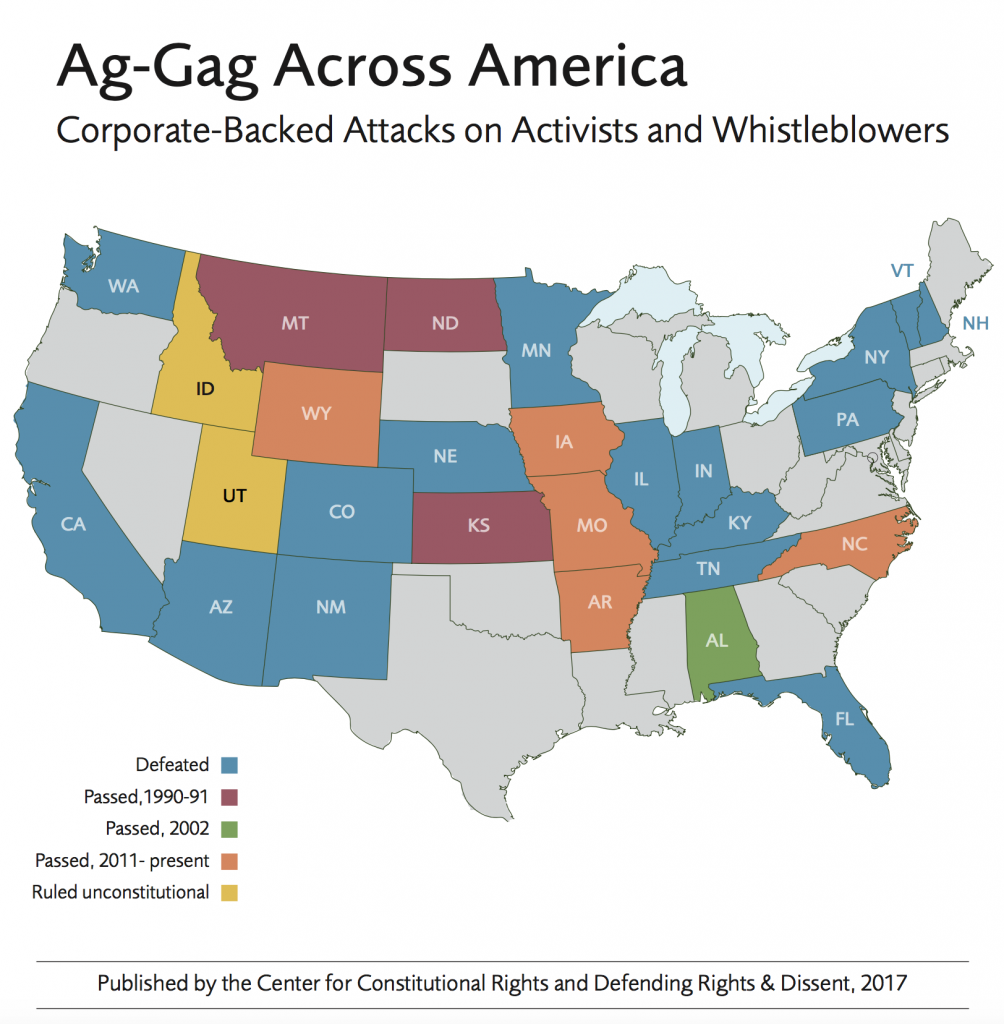 In a victory for journalists, whistleblowers, and activists, on January 4, 2018 the 9th Circuit Court of Appeals struck down key provisions of Idaho’s ag-gag statute as unconstitutional.

As we have documented before, Idaho passed its ag-gag law in direct response to an undercover animal rights investigation that uncovered illegal animal cruelty. It was drafted by industry officials hoping to avoid bad press by keeping the public in dark. During the legislative process, lawmakers made inflammatory remarks about animal rights groups, comparing them to terrorists.

The law was challenged by the Animal Legal Defense Fund and other groups. In 2015, a district court judge found the entire law to be unconstitutional. Unfortunately, the 9th Circuit reversed this ruling in part, finding the provisions criminalizing obtaining records or employment by material misrepresentation were constitutional.

Nonetheless, this is an important victory, as the law’s worst provision, criminalizing the act of photography and recording, has been struck down.

Defending Rights & Dissent has long asserted ag-gag laws are unconstitutional. In fall of last year, we released, along with the Center for Constitutional Rights, a groundbreaking report on ag-gag laws, which explained both their unconstitutionality and placed them in the wider context of how they further a corporate backed assault on free speech rights.

The report, Ag-Gag Across America: Corporate-Backed Attacks on Activists and Whistleblowers, can be read here.