In Light of Recent Massacre of Palestinian Protesters, It’s Time for US Police to End Exchanges of Worst Practices With Human Rights Abusers

DRAD and Others Urge Strict Oversight of FBI After Wray’s Remarks RE: Chinese Americans 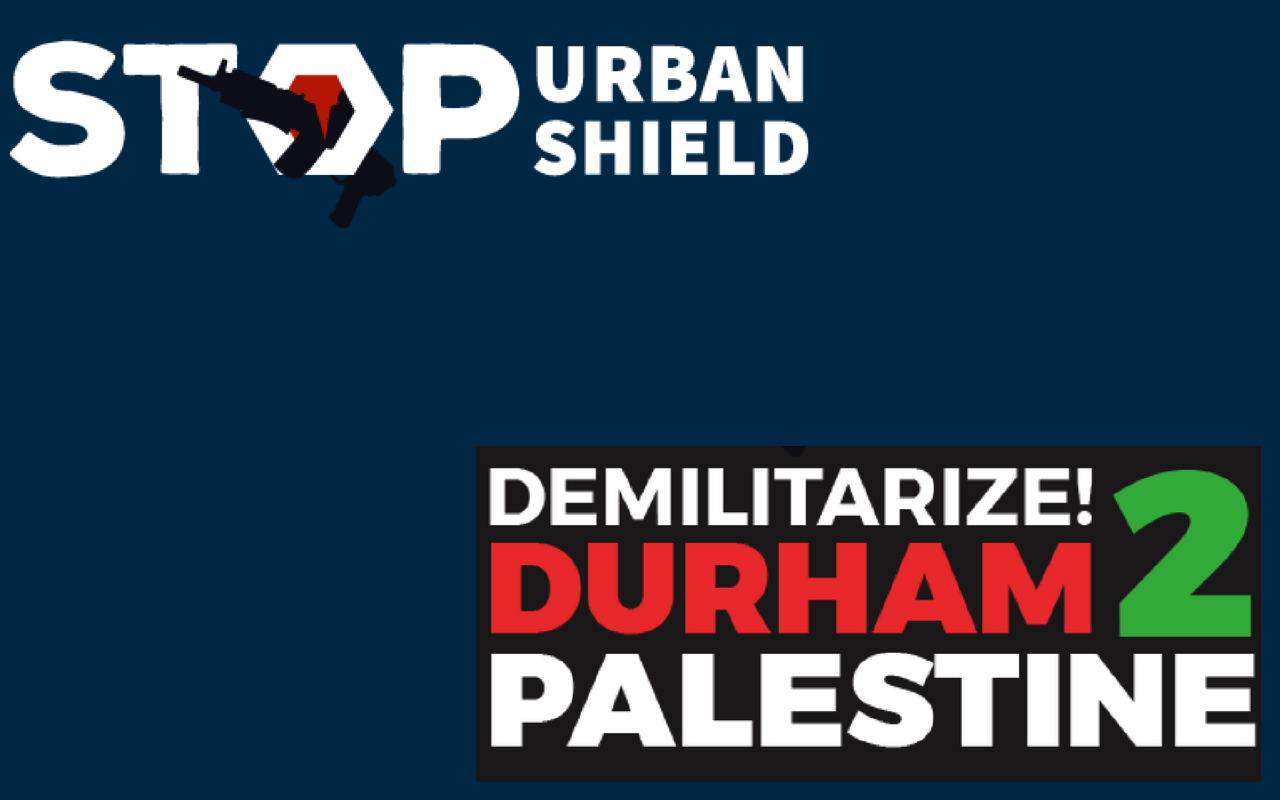 After a four year struggle by the Stop Urban Shield Coalition, Urban Shield “as we know it” will become a thing of the past. Urban Shield is billed as a “first responder training exercise,” but it is essentially war games for domestic police coupled with a weapons expo. Hosted by the Alameda County Sheriff’s Office, it brings together law enforcement not only from around the country, but from around the world, including notorious human rights abusers like Bahrain, Jordan, and Israel. Urban Shield has been rocked by continuous scandals, including the presence of members of the far-right Oath Keepers and revelations that it received funding from Blackwater.

Activists rightfully viewed Urban Shield as contributing to the militarization of policing and have fought not only to end the program, but to get their local police departments to cease participation. For example, in 2017  the Berkeley Police Review Commission voted to end Berkely’s participation in Urban Shield.

Activists in Durham, North Carolina recently scored a similar victory. Jewish Voice for Peace-Triangle North Carolina and Demilitarize! From Durham2Palestine had been calling on the city council to end exchanges between Durham police and the Israeli police and military. Exchanges between US police departments are exchanges of worst practices, like police killings, racial profiling, and repression of dissent. Although neither US police departments nor Israeli police and military need the other to teach them these practices, given US police departments troubling human rights records the situation can only be made worse by allowing them to train with a known human rights abuser.

Local activists were able to gather 1,200 signatures calling for an end to exchanges with the Israeli police or military. As a result of this campaign, the Durham City Council issued a statement saying:

The statement also included assurances from the police chief that city police would not participate in exchanges with Israeli police or military. This is part of a national campaign called Deadly Exchange, which focuses on similar exchanges across the country, and marks the first time any city has repudiated such exchanges.

Defending Rights & Dissent has supported both efforts to end Urban Shield and end US domestic law enforcement exchanges with human rights abusers, including Israel. With Israel’s recent massacre of unarmed Palestinian protesters, it is imperative that these exchanges be ended.

Neither the victories in the Bay Area or Durham were foregone conclusions. In many ways, they were uphill battles. Yet, as we have seen time and time again, grassroots social movement from below can gain important victories for civil liberties and human rights.