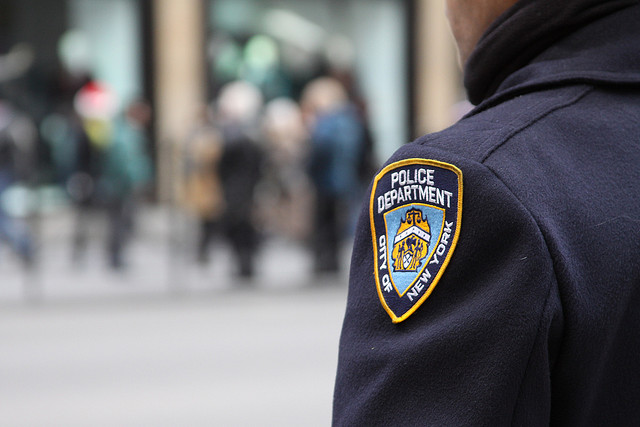 Photo by Dave Hosford / CC BY

After revelations that an undercover NYPD officer attended meetings of a Muslim student group at the City University of New York (CUNY), students and faculty were outraged. In 1992 CUNY and the NYPD signed a memorandum of understanding forbidding the NYPD to come on campus in non-emergency situations without the administration’s permission. Students and faculty at CUNY felt like the NYPD’s action violated this agreement and in a letter signed by more than 500 faculty, staff members, and students, including prominent faculty members such as Corey Robin and Liza Featherstone, called on the administration to condemn the NYPD’s actions.

These revelations came against a backdrop of outrage at NYPD spying and political repression at CUNY. A Pulitzer Prize winning series of AP articles uncovered that the NYPD was engaged in suspicionless surveillance of Muslims, which included spying on the Muslim Student Association. At CUNY, a similar letter signed by many of the same figures condemned the CUNY administration’s unequal treatment of student groups that advocate for Palestinian human rights. CUNY Law School’s student government recently passed a resolution demanding answers concerning the NYPD’s practice of infiltration and surveillance of First Amendment protected activity, such as the Occupy Wall Street and Black Lives Matter protests.

On November 16, Frederick P. Schaffer, CUNY’s General Counsel and Senior Vice Chancellor for Legal Affairs, sent a letter in response to the faculty letter. Instead, of unequivocally standing with CUNY’s students and condemning the NYPD’s intrusions onto CUNY, Schaffer stated that the 1992 memorandum of understanding did not cover or impose limits on NYPD undercover investigations. The letter further went on to mention that NYPD surveillance of First Amendment activities was bound by a consent decree, known as the “Handschu Agreement,” and instructing the signers of the letter to contact the lawyers for the plaintiffs in the Handschu case if they thought it was violated. This letter ignored both the concerns of the faculty, staff members, and students, as well as the wider context of political repression in which it was drafted.

After receiving this completely dismissive letter that refused to acknowledge the threats posed by the NYPD infiltrating student groups on campus, student activists were outraged. On Thursday December 10 they organized a “twitterstorm” criticizing the administrations lack of concern about the NYPD’s violations of student rights and singling out of Palestinian rights advocacy for political repression.

BORDC/DDF participated in the twitterstorm:

We join SJP in calling on #CUNY admin to pledge equal treatment for ALL student groups. #StopTheRepressionCUNY #Liber8CUNY @jbmilliken