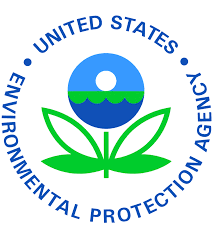 While there are many reasons individuals may be concerned over who President-elect Donald Trump would pick to head the Environmental Protection Agency, civil liberties may not be the first thing to come to mind. Yet, Trump’s nominee, Oklahoma  Attorney General Scott Pruitt, has a troubling past when it comes to civil liberties, including allegations that he abused his power as Attorney General to carry out a politically motivated attack on a civil society group.

It has been documented that Pruitt is no friend to environmentalism, so it should not come entirely as a surprise that he butted heads with animal welfare organizations. Pruitt first came into conflict with the Humane Society of the United States (HSUS) when he joined other Attorneys General in suing California over a law concerning chicken-caging regulations.

However, in 2014 Pruitt put out a consumer alert about the HSUS, claiming he had received complaints that the HSUS had raised money to help dislocated Oklahoma pets after a tornado and instead used the money for other purposes. Just hours after this alert, the Center for Consumer Freedom began an ad campaign in Oklahoma targeting the HSUS on similar grounds, though Pruitt maintained the timing was coincidental.  The Center for Consumer Freedom was founded with startup money from Philip Morris to oppose smoking limitations in restaurants and currently runs several websites attacking animal rights and welfare organizations. It has been criticized by Citizens for Responsibility and Ethics as being used to funnel money into the Berman and Co., a for-profit public affairs firm that happens to be run by the Center’s founder and executive director, lobbyist Richard Berman.

There’s just one problem with Pruitt’s charges. According to the HSUS, they had “provided information to Pruitt demonstrating that the organization conducted no fundraising for the response to the tornadoes’ aftermath, and that its assistance was not requested by local authorities for tornado response.” Furthermore, per the HSUS “based on communications with The HSUS and its attorneys, Pruitt has not received a single complaint about deceptive fundraising practices from any HSUS supporter.”

The HSUS responded by filing a lawsuit against Pruitt alleging politically motivated harassment. As BORDC/DDF will document in an upcoming report on ag-gag laws, powerful agricultural industries view the speech of activists, journalist, and whistleblowers as potentially harmful to their profit margin. Legislators across the country have responded to these concerns by passing bills that violate the First Amendment rights of the industry’s opponents.

When Congress considers Pruitt’s nomination, they should carefully look into allegations that he abused his power as Oklahoma Attorney General to engage in politically motivated harassment. An official with a history of using state power to chill speech has no place in any Presidential administration.