What the Heck is Going On? 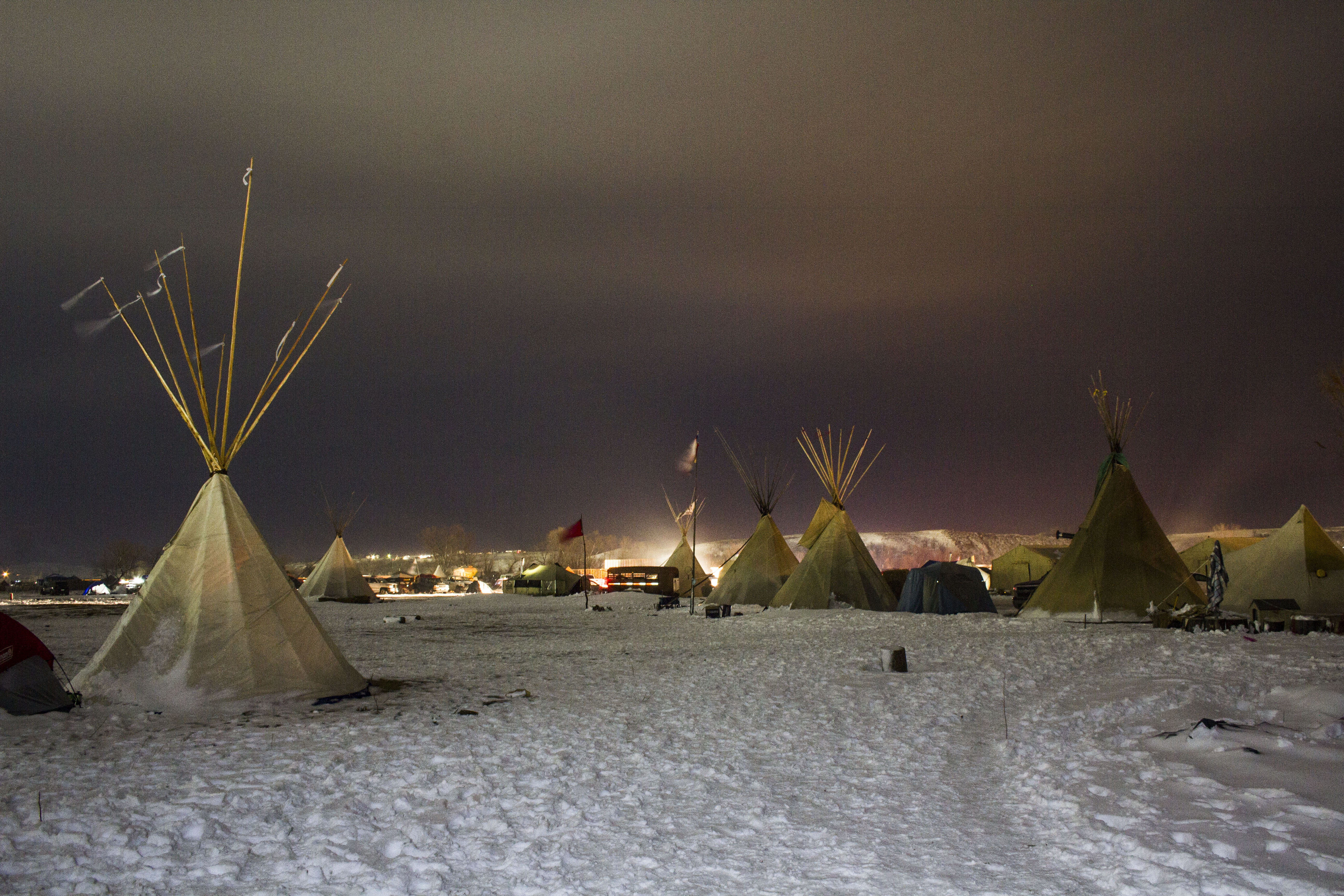 Politicians in some states are none too pleased with the environmental movement, particularly with protests against pipelines and fracking. Aided and abetted by extractive industry lobbyists and the powerful and secretive American Legislative Exchange Council, they have been passing legislation to stifle the protests. The bills are part of a larger wave of anti-protest legislation in the states that is alarming civil libertarians.

In 2017, after the native-led protests at Standing Rock could not be silenced despite government and corporate surveillance, harassment, infiltration, and a brutal militarized crackdown, the Governor of North Dakota issued an Executive Order mandating the evacuation of the Oceti Sakowin protest camp. To make sure they wouldn’t come back without paying a price, Governor Burgum signed three anti-protest laws that expanded the definition of trespass, created new penalties for protesters who conceal their identity, and increased penalties for riot offenses.

Other state legislatures responded to anti-pipeline protests with similar measures. South Dakota passed a law in 2017 expanding governor and sheriff’s’ authority to restrict protests and expanding the definition of, and penalty for, trespass.

A bill in Washington to create heightened penalties for protests that block traffic and interfere with “economic activities” was introduced in 2016, again in 2018 and likely again in 2019 by State Senator Doug Ericksen (R-Ferndale). He is reported to be an “ally of the fossil-fuel industry whose district includes two oil refineries, Ericksen said he was aiming at punishing environmentalists, tribal activists and others who have illegally obstructed oil and coal trains, pipelines and similar projects.”

In Michigan, a bill to enhance penalties for picketing was defeated. It was inspired in part by a protest organized by Michigan Coalition Against Tar Sands, together with Earth First!  against the Enbridge Line 5 pipeline. And in Pennsylvania, one lawmaker is on a quest to make protesters pay the cost of policing. According to news reports, state senator Scott Martin’s target is pipeline protests in his home county, but his bill would apply to any protest.

We’ve Seen This Movie Before: ALEC Recycles the Ag-Gag Script

Among the most worrisome bills are a handful that follow the ALEC ag-gag model of creating a special class of commerce that gets special protections from protests. In this case, the special class is called “critical infrastructure,” which includes everything from pipelines to cell phone towers to railroads. The bills would criminalize trespass onto these specially designated properties. There are already laws to address trespassing, vandalism, property damage, and terrorism. But that’s not enough for the trillion dollar extractive industry. They want heightened penalties for protesters who dare to target their pipelines and profits.

ALEC is the American Legislative Exchange Council, a corporation-funded legislation mill that creates model bills for state lawmakers that invariably enhance corporate profits at public expense. In 2003, in response to a growing animal rights movement, ALEC drafted and began promoting the “Animal and Ecological Terrorism Act” to shield agriculture and animal industries from criticism and protests by silencing whistleblowers and undercover investigators seeking to expose animal cruelty at factory farms. ALEC’s model legislation, the Critical Infrastructure Protection Act is a similar response to increasing environmental activism, particularly against fracking and pipelines.

It’s a clever ploy, to adopt the terminology “critical infrastructure,” with its national security implications. That fans fear and opens the door to use their favorite narrative: the activist as terrorist. ALEC used it to great effect against animal rights activists. There wasn’t much appetite to crackdown on activists setting minks free, or taking pictures of horrific treatment of animals in pharmaceutical labs or factory farms. Until they could be described as terrorists (as we documented in our groundbreaking report, Ag-Gag Across America).

Proponents of the critical infrastructure bills are enthusiastically sounding the terror alarm. Speaking in support of his critical infrastructure bill in Iowa, State Senator Jack Shipley declared, “There is no question about it that we have people who are looking to do others harm… As evidenced by terrorist activities on pipelines and threats — many, many threats — on pipelines, they can bring our infrastructure to crash it, disrupt the economy, and put lives at peril.” Lawmakers and the industry have the support of the FBI and the Joint Terrorism Task Force in their efforts. The FBI used at least one confidential informant to infiltrate the Standing Rock protests, and the JTTF recently raided a Catholic Worker House in Des Moines, the home of several anti-pipeline activists.

One thing that ALEC attempted to do, but failed to accomplish during the Ag-gag era, was to make animal rights organizations like PETA pay for any damage or lost profits resulting from actions of individuals. The “critical infrastructure” model includes fines of up to $1,000,000 for organizations found to have ‘conspired’ with activists. The provision is designed to force organizations to back away from supporting or promoting protests…. Or to bankrupt them should they dare to.

ALEC based it’s model bill on an Oklahoma bill that became law in May, 2017. According to the International Center for Not-for-Profit Law, the “sponsor of the law told a House of Representatives committee that it was prompted by the Dakota Access Pipeline protests in North Dakota.”

Five states considered critical infrastructure bills in 2018: Iowa (enacted), Louisiana (enacted, but only after activists secured some improvements), Ohio (did not pass), Pennsylvania (did not pass), and Wyoming (vetoed).

Colorado and Georgia both defeated critical infrastructure bills in 2017, but a closer look at the Georgia bill, SB1, is chilling. The bill broadened the definition of “critical infrastructure” to include just about everything: “public or private systems, functions or assets, whether physical or virtual, vital to the security, governance, public health and safety, economy, or morale of this state or the United States.” Even more alarming, the bill expands the definition of domestic terrorism to potentially include demonstrations, boycotts, and other forms of protest and political expression by including actions that are “intended to advance, further, or effectuate any ideology or belief whether committed alone or as part of a command structure involving an identifiable set of other individuals.”