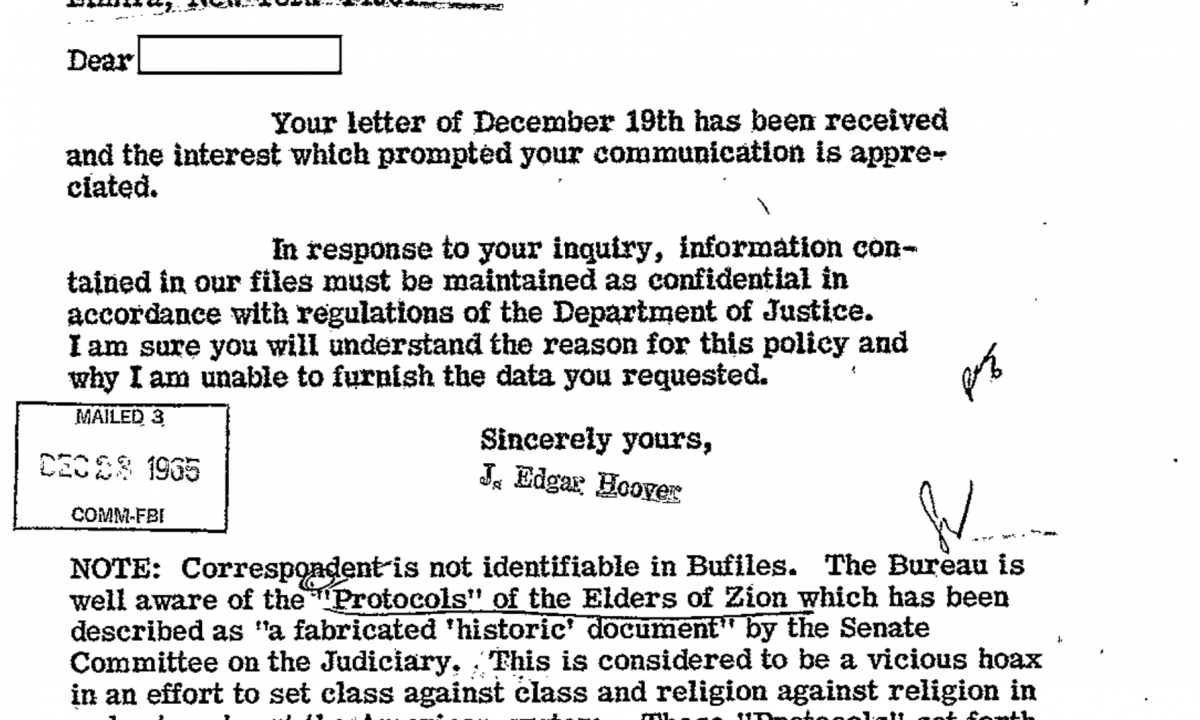 The Protocols of the Learned Elders of Zion are an infamous anti-Semetic forgery. Created to stoke anti-Semetisim in Russia at the turn of the 20th century, they continue to be the centerpiece of bigoted conspiracy theories to this day.  So why did an official FBI account tweet them?
Do you like it?41
Read more
Load more
DONATE
0