Defending Rights & Dissent Condemns Use of Tear Gas Against Refugees 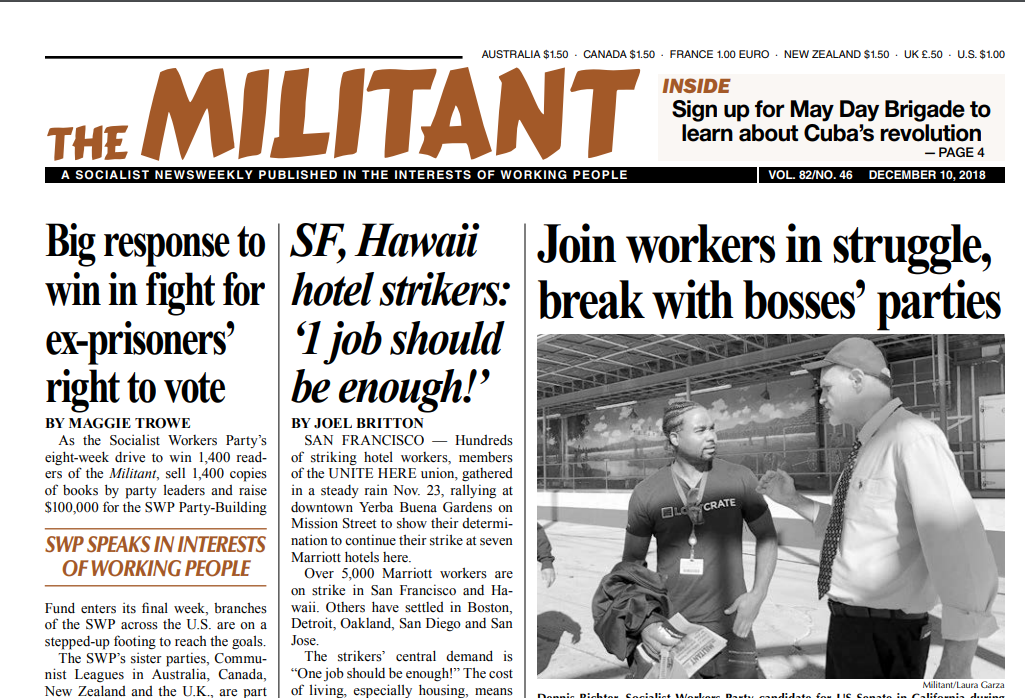 A recent issue of The Militant

DRAD joined the National Coalition Against Censorship and several other anti-censorship groups in calling on the Florida Department of Corrections to stop impounding copies of The Militant for no justifiable reason.

The periodical has been published in the U.S. for more than 80 years, and has many subscribers in state and federal prisons across the country. The state of Florida has impounded nearly two dozen issues of the paper in the last two year, without explanation. As our later states, “this is four times as many attempts to block The Militant as occurred in all the other prisons in the country over the last 1o years.”

The full letter is below, and available here.

2018 Florida Department of Corrections by Defending Rights & Dissent on Scribd