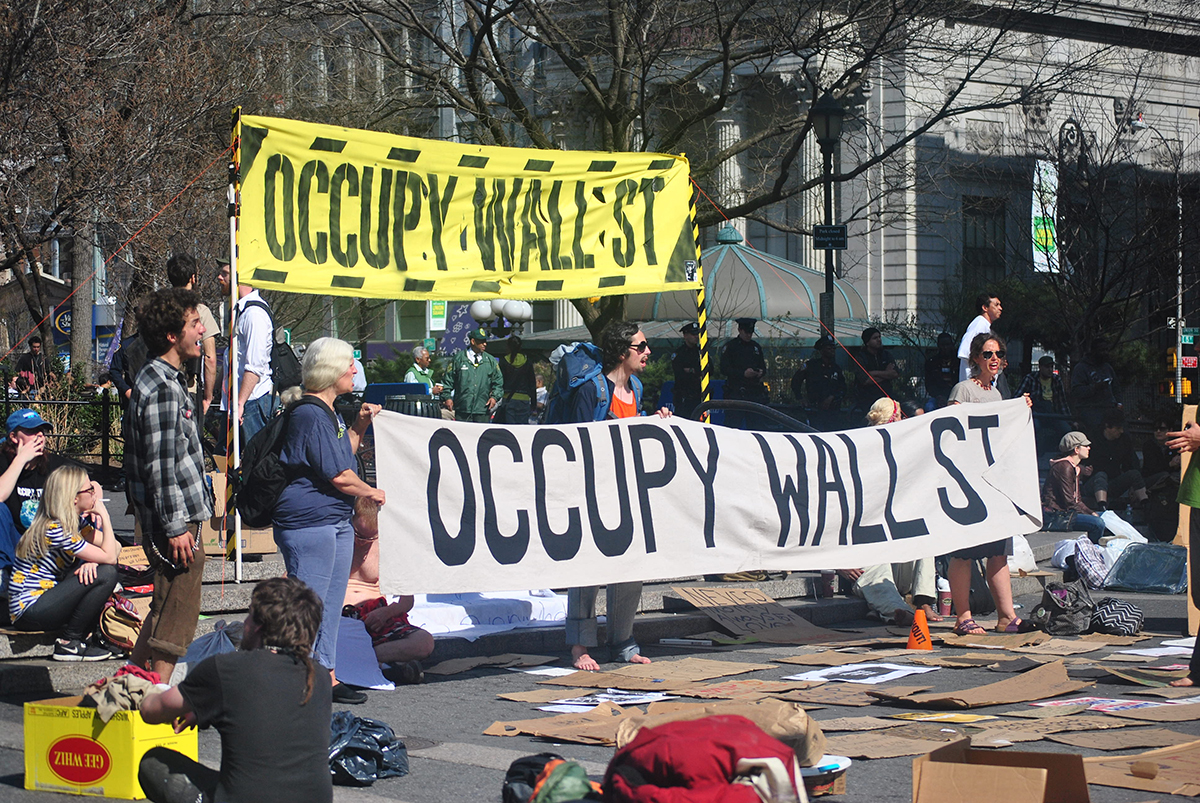 We know when the Occupy Wall Street (OWS) protest movement began. On September 17, 2011 in Zuccotti Park in Lower Manhattan, approximately 1,000 activists gathered to “occupy” the space for a peaceful protest against the economic and social inequality suffered by “the 99%” and caused by the corruption and greed of “the 1%.” The planning for OWS began months earlier. In July of 2011, Adbusters Media Foundation, a not-for-profit anti-consumerism magazine based in Vancouver, British Columbia, Canada, published a poster calling for a demonstration against Wall Street, and the international precursors of the movement go back even further. We even know exactly when the FBI became involved.

Government surveillance of the OWS movement started before anybody showed up in Zuccotti Park. In late 2012, the Partnership for Civil Justice Fund (PCJF) obtained FBI documents and reported them as “showing that FBI offices and agents around the country were in high gear conducting surveillance against the movement even as early as August 2011.” That is when the FBI met with the New York Stock Exchange and began notifying businesses that protests against them were imminent. The PCJF report also states that the Department of Homeland Security was part of the coordinated effort to warn corporate America about OWS.

The FBI and other law enforcement agencies conducted preventative actions in cities throughout the United States. Some were wholly unnecessary: “The FBI’s Indianapolis division released a ‘Potential Criminal Activity Alert’ on September 15, 2011, even though they acknowledged that no specific protest date had been scheduled in Indiana,” the PCJF report states. Other actions were entirely misplaced: the Richmond, Virginia FBI communicated information about the local OWS protest to the Joint Terrorism Task Force. The FBI obviously had not been there listening when New York City Mayor Michael Bloomberg, in a press conference held two days before the OWS demonstration began in Zuccotti Park, said, “People have a right to protest, and if they want to protest, we’ll be happy to make sure they have locations to do it.” To their eyes, the protestors were potential, and likely, terrorists.

In January of 2013, The Huffington Post reported reported on the FBI’s surveillance of OWS, telling the story of Tim Franzen, a member of Occupy Atlanta who was investigated by the FBI to determine whether he “might have a cache of weapons for a future violent revolution.” The Huffington Post article implies that the FBI targeted Franzen, who was 35 years old and a Quaker community organizer when he participated in OWS Atlanta, because of his past arrests and imprisonment for teenage drug use and involvement in robberies, stating that “the feds interviewed three different activists at their homes about his activities and beliefs.” (Watch a live television interview with Tim Franzen after his arrest along with the other occupiers at Woodruff Park in Atlanta.)

The FBI took full advantage of its resources to investigate what it saw as the terroristic implications of OWS. The documents uncovered by PCJF show communication between the FBI and the Joint Terrorism Task Forces (JTTFs), the Naval Criminal Investigative Service (NCIS), the Federal Reserve, and the Domestic Security Alliance Council (DSAC). DSAC describes itself as “a strategic partnership between the US government and the US private industry that enhances communication and promotes the timely and effective exchange of security and intelligence information between the federal government and the private sector.”

What timely security and intelligence information did DSAC feel it needed to communicate to Wall Street businesses about a nonviolent protest? According to Nicole Colson in a January 2013 article for The Socialist Worker, “despite the Occupy movement’s nonviolent practice—the FBI labeled Occupy protests as potentially violent criminal actions (often by simply using the shorthand label of ‘anarchist’) or even terrorist threats. This later helped justify the police assaults on Occupy encampments in cities across the U.S.”

The FBI’s efforts paid off in just a few short months. On November 15, 2011, the New York Police Department began to evict the occupiers in Zuccotti Park after “a judge upheld the city’s move to clear the park and bar the protesters from bringing back their tents or sleeping overnight,” according to a New York Times article. The article includes Mayor Bloomberg’s statement at the time; he said, “New York City is the city where you can come and express yourself . . . What was happening in Zuccotti Park was not that.”

What was really happening, though, and not just in New York, but in Occupy demonstrations all across the country, according to Naomi Wolf, writing in The Guardian in December of 2012, was an FBI-instigated, big bank-coordinated, top-down crackdown that included “violent arrests, group disruption, canister missiles to the skulls of protesters, people held in handcuffs so tight they were injured, people held in bondage till they were forced to wet or soil themselves.” She states that the FBI documents “show the cops and DHS working for and with banks to target, arrest, and politically disable peaceful American citizens.”

The lesson here: when the authorities tell you “People have a right to protest,” they don’t really mean it. Your protest is very likely to be investigated and, as Mara Verhayden-Hilliard, executive director of PCJF, was quoted in The New York Times in December of 2012, “The collection of information on people’s free-speech actions is being entered into unregulated databases, a vast storehouse of information widely disseminated to a range of law-enforcement and, apparently, private entities . . . people do not know when or how it may be used and in what manner.” This must be stopped.