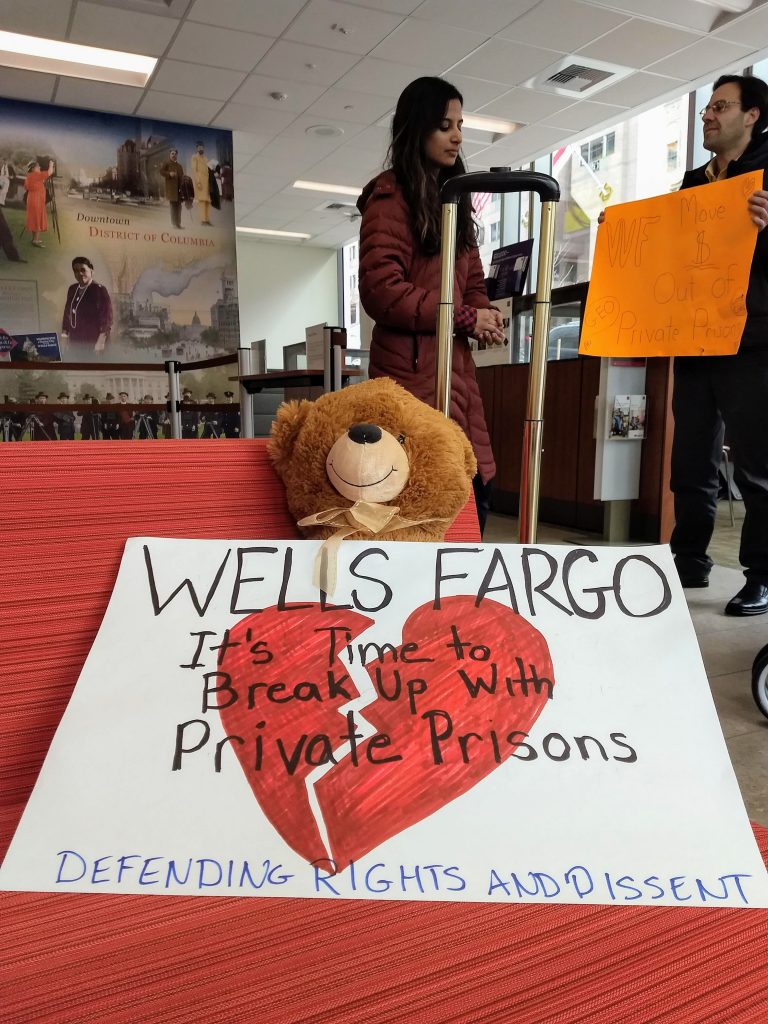 This morning, SunTrust ​became the fourth major bank​ to stop new financing to private prisons that profit from immigrant detention, joining Bank of America, JPMorgan Chase, and Wells Fargo. US Bank has also committed to reducing its exposure in the private prison industry. In response, the Families Belong Together Corporate Accountability Committee released the following statement:

“SunTrust’s decision to stop new financing to the private prison industry and immigrant detention companies is a testament to the growing strength of our movement and the power of everyday people standing up for what’s right. Millions of people and more than 100 organizations have made their voices heard, signed petitions, as well as protested bank branches and headquarters to demand an end to financing an industry profiting from the caging of people of color and immigrants.

“This is more than a trend — this is a sea change. With SunTrust joining the wave of big banks halting financing of private prisons, consumers are watching for other banks like BNP Paribas and Barclays to follow suit. Our grassroots movement is stronger than ever, and we will continue to hold all big banks accountable until they commit to stop lending to an industry profiting from the pain and suffering of immigrant families.

The private prison industry has documented ​histories​ of human rights abuses and detains over 70 percent​ of immigrants in ICE custody and is profiting from mass incarceration and the criminalization of immigration. Since ICE’s creation in 2003, immigrant detention centers, overall, have reported​ ​188 detainee deaths​. CoreCivic and GEO Group — the country’s two largest private prison companies —​ depend on debt financing​ from banks to conduct their day-to-day business operations, finance new facilities, and acquire smaller companies. The Families Belong Together Corporate Accountability Committee, made up of more than 100 organizations, calls on banks to immediately stop their financial support for GEO Group and CoreCivic, private prisons that are profiting from mass incarceration and the criminalization of immigration. Partnering organizations include the following: Action NC Candide Group / Real Money Moves Center for Popular Democracy CMSM