Tell North Dakota’s Governor: Democracy is Not a State of Emergency!

The Police State Strikes Back At Standing Rock

Are Police Spying on Your Social Media?

Tell North Dakota’s Governor: Democracy is Not a State of Emergency! 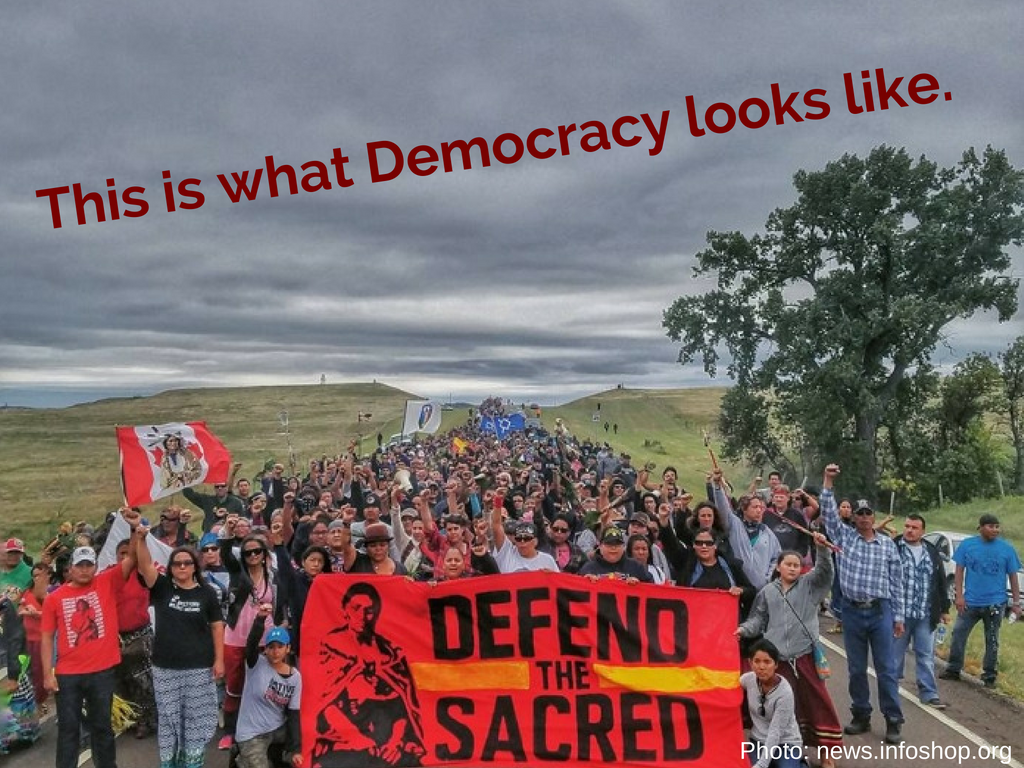 Imagine you are driving down the road when suddenly you find yourself at a checkpoint. Police and National Guard troops in military vehicles stop you, ask you to identify yourself, and tell them where you live, and where are going.

That might sound like something from an overseas military occupation, but that’s the situation in Morton County, North Dakota right now.

Since August, members of the Standing Rock Sioux Tribe and those in solidarity with them have led a peaceful encampment at Standing Rock in opposition to a pipeline that they say threatens their community’s water supply.

The governor has responded by declaring a state of emergency and calling in the National Guard. Law enforcement has responded by decking themselves out in full military gear, arresting people while they pray, running overhead surveillance of the camps, and even issuing an arrest warrant for a journalist who captured on tape private security forces attacking peaceful Water Protectors with dogs.

And, of course, there’s the roadblocks.

This is an unacceptable affront to the Bill of Rights. Corporate profits don’t supersede our civil liberties and democracy is not a state of emergency.