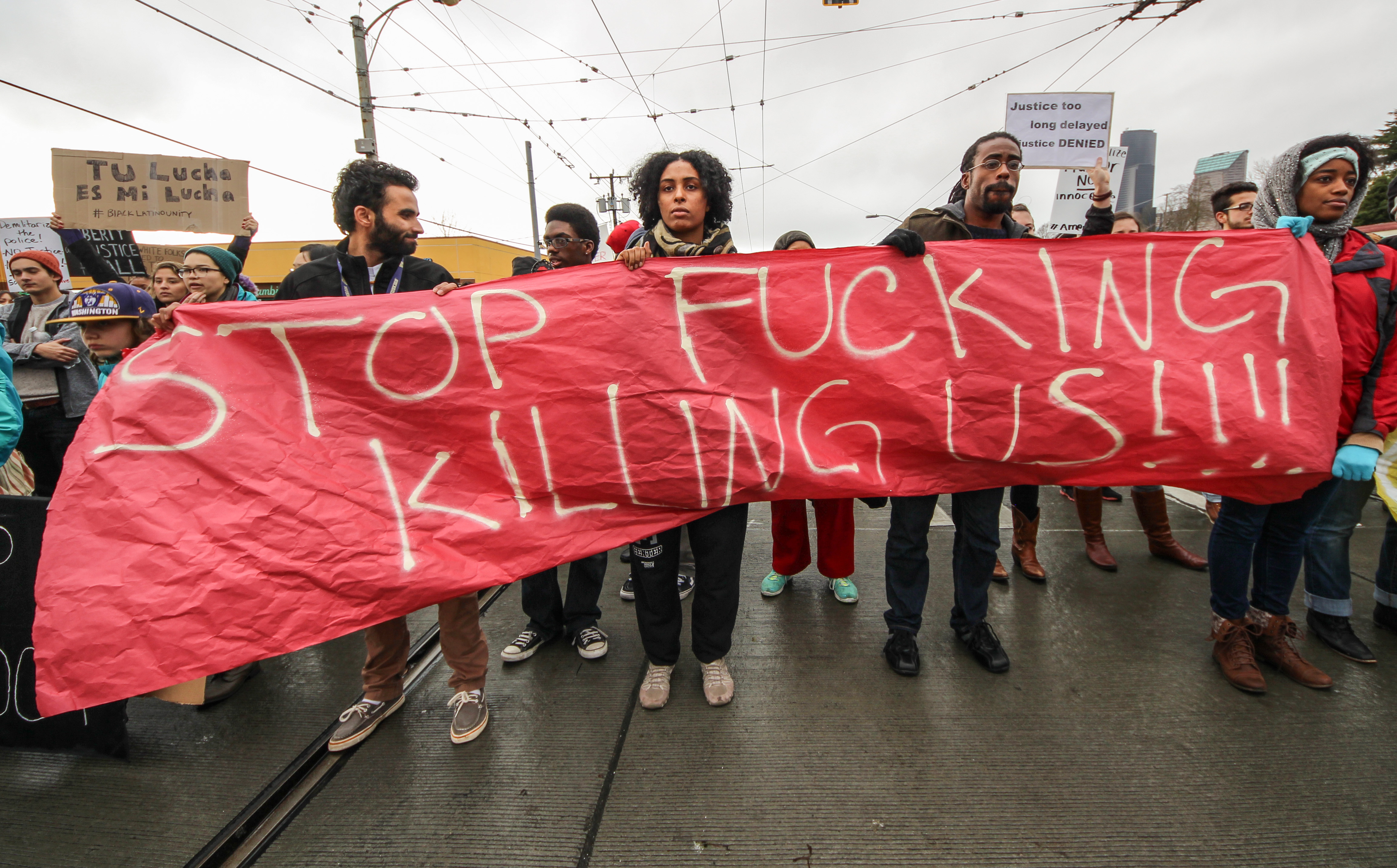 If you are black and angry about police violence, you are a potential terror threat.

The problems with this report are manifold. First, and foremost, it places the blame for violence on actual concerns with police brutality and racial justice, thus delegitimizing dissent.

Second, as numerous former FBI officials and counterterrorism have attested the moniker
“Black Identity Extremist” has no history of prior usage and it appears to have been dreamed up by the authors of this report. In doing so, the FBI has lumped together a diverse range of beliefs into one non-existent movement. As former FBI Agent Mike German told Foreign Policy, “Basically, it’s black people who scare them.”

Raising the alarm about “Black Identity Extremist” is eerily similar of when Hoover’s FBI went after civil rights groups, including Martin Luther King’s Southern Christian Leadership Conference, as part of counterintelligence operations against what they called “Black Nationalist–Hate Groups.”

The FBI from its very inception has viewed racial justice movements as a threats. Its invention of “Black Identity Extremist” in order to justify treating opponents of police brutality as potential terrorists is just more of the same.

But enough is enough.

That’s why we need you to take action today and make sure Congress holds the FBI accountable.