In Fighting Disclosure of Philly License Plate Reader Records, Officials Claim Every Driver is ‘Under Investigation’

The Secret History of the Radical ’70s: The ’60s Didn’t Just ‘End,’ and the FBI Was Watching 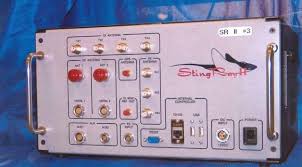 Baltimore police have used Stingrays 4,300 times since 2007, and the FBI has forced them to keep mum about it. 4,300 times! Compare that to the 47 times Stingrays were used in Buffalo, N.Y. over the past four years. No wonder this disclosure has caused a kerfuffle.

Privacy advocates have been raising concerns about the use of Stingrays, which mimic cell towers to scoop up the locations and communications of all cell phones in their vicinity. It seems like the news out of Baltimore has finally gotten politicians to take notice. They are angry not just about the use of the technology, but the FBI’s demand that local police departments sign nondisclosure agreements (NDAs), which keep the public and judges in the dark about how Stingrays are being used. The Baltimore Sun reports:

Maryland Rep. C.A. Dutch Ruppersberger said he has asked the FBI for “greater clarification” about how the device is deployed, while Sen. Chuck Grassley, an Iowa Republican and chairman of the Senate Judiciary Committee, said the FBI appeared “blind to the benefits of transparency.” … “As a former investigative prosecutor who worked closely with the FBI, I understand technology can be very useful to law enforcement to protect our citizens and apprehend the bad guys,” Ruppersberger said. “But we have to be sure all tools are used lawfully and that they are used as transparently as possible.” … Rep. Andy Harris, a Maryland Republican, said he believes the issue should be part of a larger discussion “about the use of new data collection techniques by law enforcement and the fear that the data gathered by a device such as the stingray will be retained by the government.”

The FBI-mandated NDAs are so strict that law enforcement may be required to seek dismissal of a criminal case in order to protect Stingray secrets. The NDA signed by the Hillsborough County sheriff’s office in Tampa, Florida, obtained by the Guardian, states:

The Florida Department of Law Enforcement will, at the request of the FBI, seek dismissal of the case in lieu of providing, or allowing others to use or provide, any information concerning the Harris Corporation wireless collection equipment/technology [Stingrays], its associated software, operating manuals, and any related documentation.

How useful is a crime-fighting device if you may have to retreat from prosecuting someone in order to keep the tool secret?

The NDA in Florida is the same or quite similar to those obtained from police departments in New York, Maryland, Washington, and Minnesota. (The publicly available versions of some are heavily redacted, preventing precise comparison.) According to documents obtained by MuckRock in October, the Federal Communications Commission requires that law-enforcement agencies sign an NDA with the FBI in order to use a Stingray device. This raises a whole host of questions and concerns, including FBI interference in local courts to undermine due process, beginning with the request for a search warrant.

Under the NDA, local police are not allowed to fully describe to judges what the Stingray is capable of doing, so they are in effect obtaining warrants under false pretenses. Retired Maryland Chief Judge Robert M. Bell told the Sun that he was troubled that information has been withheld from judges. “You certainly have to be concerned about the integrity of the process when it comes to authorizing surveillance,” Bell said. “To the extent that information is withheld, that should concern judges.”

But the FBI interferes in the process beyond the initial warrant. Bruce R. Jacob, former dean of Stetson University College of Law in the Tampa Bay area, told the Guardian it reminded him “of what happens in totalitarian countries: you don’t know what the hell is going on,” and said the FBI, the Harris Corporation (the Stingray’s manufacturer), and local law enforcement are “interfering with the operation of the local courts.” He specifically pointed to the ways in which the NDA interferes with fair hearings. “The defendant who finds out about this is able to get his case dismissed, and the other defendant can’t? That’s unfair.” The FBI and to some extent, local police departments, have played the national-security card to justify the extraordinary secrecy surrounding Stingray use. But they can’t have it both ways. Tools used for ordinary criminal investigations, even national-security tools, are still subject to oversight from the courts, Congress, and the public.