In Powerful Speech to UN General Assembly, Special Rapporteur Warns That Governments Across the World are Cracking Down on Civil Society

When Exactly Does Something On the Web Cross the Line From Being a Non-Offensive Word Or Picture Into a Hate-Crime? And Who Gets To Decide? 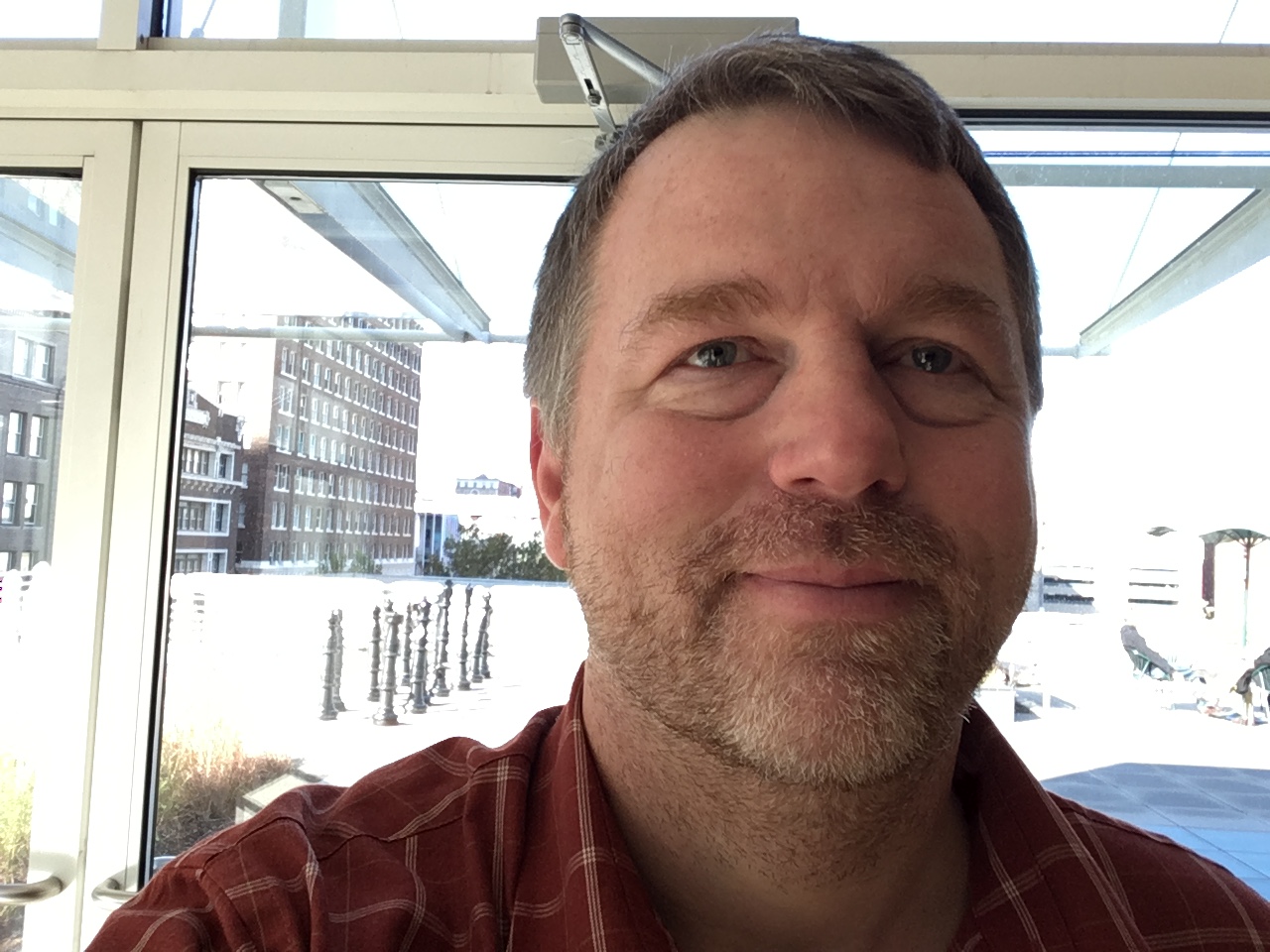 The BORDC/DDF Patriot Award for October 2016 goes to Steven Woolfolk, the director of public programming and marketing at the Kansas City Public Library. Steve was arrested during a library event in May for defending a patron’s First Amendment rights. Dissent NewsWire broke the story and it received so much attention, our website crashed. Twice. The Kansas City Star then picked up the story, and you can read our account and theirs to get a full picture of what happened at the library that day.

As we honor Steve Woolfolk, let’s examine how his actions relate to some issues we care about.

He stood up for freedom of speech.

Steve believes that all people who attend public events at the free public library have the right to express their opinions, however unpopular those opinions might be. “Education and discussion are what libraries are about,” he said. And his devotion to free speech didn’t start with his library career. As a former newspaper journalist, Steve said, “Free speech has always been an important topic to me.” He believes it is crucial that people be exposed to different beliefs and viewpoints, because it is only possible to reach a place of understanding, a middle ground of any kind, “once you learn that disagreeing with somebody isn’t going to hurt you.”

He called attention to profiling and the role of police.

Unfortunately, security officers often think that opposing viewpoints are physically threatening and act in a manner that seeks to crush them. But controversial opinions are not enemy fire. The man Steve Woolfolk defended, Jeremy Rothe-Kushel, is known for his provocative statements. Security officers knew he would be at the event because he RSVP’ed. Security was provided by off-duty Kansas City police officers who had been hired by one of the co-sponsors of the event, and by a former police officer who currently works as the director of community security for another event co-sponsor. Because of Rothe-Kushel’s reputation, they searched him before the event started. Steve said if he had known about that, he would have acted to prevent it. Last week, in a feature story on The Pitch, David Martin wrote about “the lines that blur when police officers exercise their powers while working for private employers.” Those blurred lines are being discussed because of what Steve did.

He tried to curb the use of force by police.

Although security knew that Rothe-Kushel had no weapon and therefore presented no physical threat to the attendees, they physically restrained him after he expressed his opinion and later arrested him for trespassing and resisting arrest. As library executive director R. Crosby Kemper III said, “They over-reacted. We’ve had hundreds of events, with much more raucous disputation. Nobody’s ever put their hands on a questioner.”

Security also put their hands on Steve, who attempted to de-escalate the situation by informing security that their action against Rothe-Kushel was unnecessary, that Rothe-Kushel would leave if they simply asked him to leave. Steve got kicked in the knee for his trouble, and suffered a grade 1 torn medial collateral ligament, which has now healed. He was arrested for interfering with the arrest of Rothe-Kushel.  But, as he said, “There was no interfering with an arrest. Someone was being assaulted in a public library.”

As you can see, the issues behind what Steven Woolfolk did at the library in May are large and important. His future is uncertain. The Kansas City Public Library, the American Library Association, the Missouri Library Association, and the Urban Libraries Council are all supporting him. The charge against him has not been dropped as of this writing, and the case may well go to trial. Yet middle ground should be well within reach. As Meredith Schwartz, the executive director of Library Journal, said, “There is absolutely a place in the library to protect people’s physical safety and sometimes that means we have to bring in security experts. But we have to be careful also that they’re well-trained to understand that discussing difficult issues with passion is not a threat to physical safety.”

Steve Woolfolk is an inspiration to all who value “discussing difficult issues with passion,” and we sincerely thank him for standing vigil to ensure that people in the Kansas City Public Library have the chance to do so. We wish him well as his legal situation unfolds. “It’s not about what happened to me,” Steve said. “I am protective of the library and its place in public discourse.” So are we, Steve. So are we.