“War is a racket. It always has been,” Smedley Butler 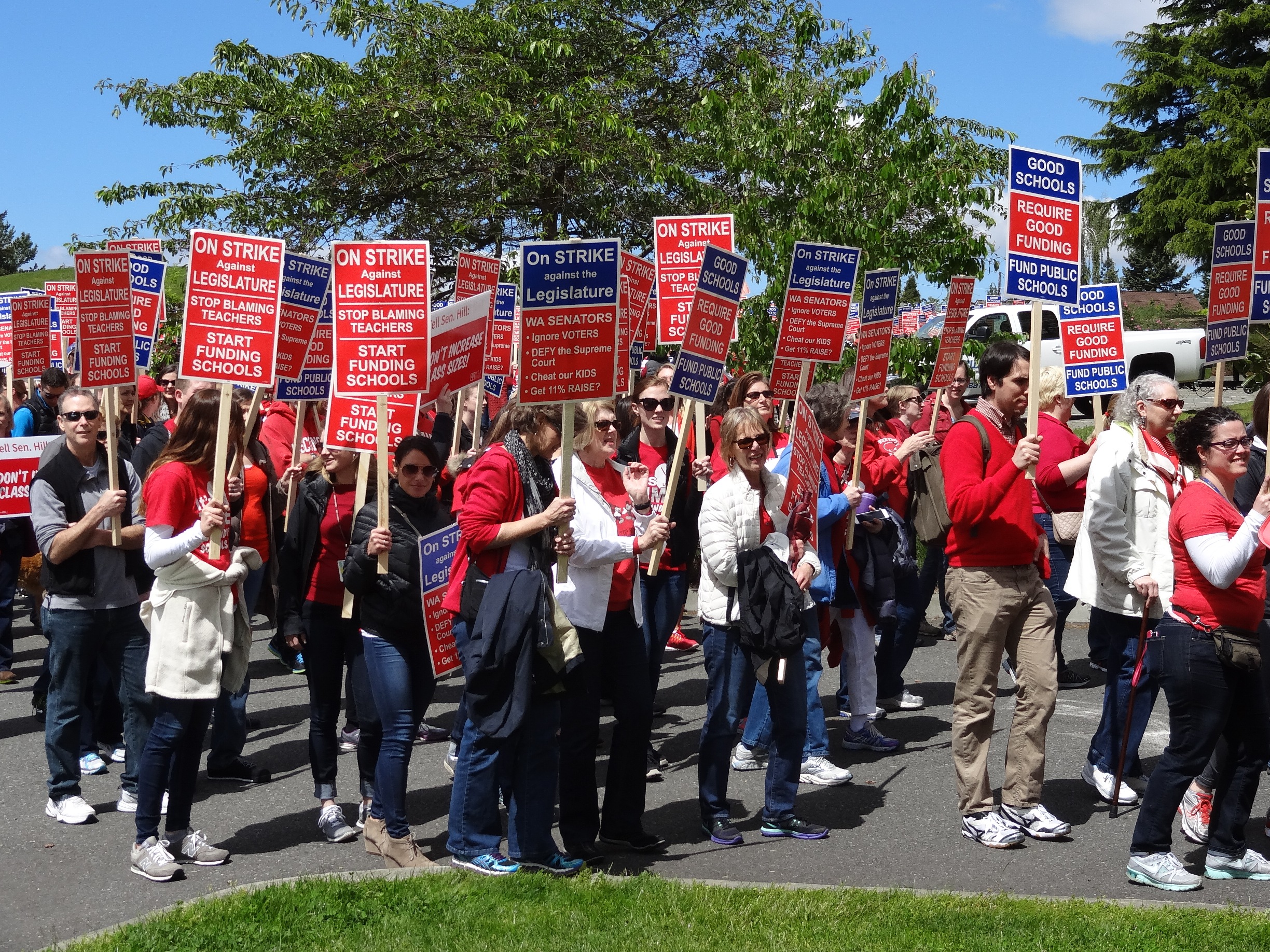 Following the widespread teachers’ strikes of 2018, legislators have attempted to retaliate by passing new anti-protest laws. These laws are a dangerous move intent on limiting the freedom of association for unions around the country.

The teacher strikes in 2018 exploded in response to austerity and cut backs of teacher programs like healthcare, and pensions. Teachers in West Virginia won 5% pay increases for all public employees, Arizona teachers won a 20% pay increase, and Oklahoma teachers got the Governor to increase school funding and then occupied the Capitol building for 9 days pushing for further funding.

In 2019, bills intending to punish teachers who go on strike were introduced in Arizona, Oklahoma, Colorado, and West Virginia. The restrictions vary by state, but the punitive measures threaten to undermine the freedom of association that allows labor unions to form and bargain on behalf of their members.

In West Virginia, the State Senate passed an omnibus senate bill with an amendment that would make strikes for public workers illegal, while also giving the okay to expand charter schools in the state. County boards would have grounds to fire teachers that went on strike, and pay could be withheld. The claim made by the amendment sponsor, State Sen. Charles Trump (R), is that strikes interfere with the education of students, although the nearly two week long strike in 2018 garnered immense support from students, and teachers alike.

Oklahoma has multiple bills that are responses to the strike from 2018. One bill would decertify teachers who go on strike, claiming that teacher strikes are damaging to third parties. The decertification of teachers for striking will have a chilling effect on the rights of assembly and association. At the same time, following the Capitol protests last year, another bill would make bail for being arrested at the Capitol $50,000. The intent is clearly to deter protests at the Capitol.

Arizona has two bills that aim to reduce the ability of teacher’s to be political. First, is a bill that mandates when a school can be closed. The bill does not include labor actions in its reasons for closing schools, which means that when teachers strike, schools would likely have to stay open. This legislation follows suit from some of the other punitive strike legislation in that it would attempt to pit communities against teachers.

Colorado’s draconian law would have withheld pay from striking teachers, and allowed districts to file suit to stop a strike. The consequences for continuing to strike ranged from being fired to fined or jailed. To respond to a strike with the threat of jail would have been a major blow to the ability of workers to organize. The bill ultimately failed, after pressure against the Republican sponsor.

Throughout the states that saw major teacher strikes, retaliation has come in the form of threatening freedom of speech, assembly, and association. The goal of many of the laws are not only to make striking illegal, but to use the very communities that teachers struck for as political fodder.
These bills come at a time when anti-protest laws are proliferating throughout the United States.  Defending Rights and Dissent has repeatedly outlined the issues with these laws. In the past we said, “These bills use a slew of different methods to accomplish their goal, but they all share the same end. Lawmakers, powerful corporations, and others angered by movements for social change want to silence their opponents.”, We produced a toolkit to help activists fight back against anti-protesting laws.