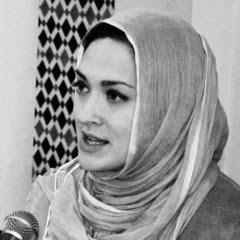 Shannon Erwin, the recipient of BORDC/DDF’s February 2016 Patriot Award, works in Boston, helping to protect the civil rights of Muslims at a time when they are increasingly in jeopardy. She is the executive director, and one of the four Muslim women co-founders, of the Muslim Justice League (MJL). MJL was formed in 2014 in response to a series of events that threatened Boston’s Muslim community.

First came the bombings at the Boston Marathon on April 15, 2013, perpetrated by two Muslim brothers. “That event was used by some folks,” Shannon says, as a reason to accuse the local Muslim community of “dropping the ball” and to justify “FBI fishing expeditions” that targeted Muslims. Those targeted often did not know that, as Shannon explains, “Even if you’ve done nothing wrong, you can get into trouble speaking to the FBI without a lawyer.”

The need for MJL is as simple as that. MJL educates, organizes and advocates for human and civil rights that are violated or threatened under national security pretexts. On every page of their web site, you’ll find a box on the right-hand side with the heading “Contacted by the FBI?” and clear, concise instructions for what to say to the contacting agent and how to get free legal representation through MJL.

The targeting of Muslims became an even greater issue a year after the bombings, when federal agencies announced, in 2014, that Boston would be one of the sites for their new Countering Violent Extremism (CVE) program. That is when Shannon and the other co-founders knew they needed a Muslim-driven civil rights organization to address the situation.

Shannon Erwin believes that the CVE approach, in which groups are asked to police their own members, is an ineffective way to predict criminal behavior. As she notes, it was law enforcement officials themselves who “dropped the ball” when they did not follow up on evidence linking Tamerlan Tsarnaev, one of the Marathon bombers, to a triple homicide that occurred in Waltham, MA in 2011. One of the victims in that crime was Tamerlan’s friend, and other friends gave Tamerlan’s name to the police, but he was never questioned. Tamerlan Tsarnaev died in the police manhunt that followed the Marathon bombings, and his younger brother Dzhokhar is currently in prison facing a death sentence. A March 2014 article in Boston magazine asked, “Could solving this case have prevented the Boston Marathon bombings?”

In February of 2015, MJL, in conjunction with a coalition of Massachusetts advocacy groups, submitted a letter to Lisa Monaco, the Assistant to the President for Homeland Security and Counterterrorism, in which the signers expressed “our belief that attempts to intervene in individuals’ ideologies and religious practices in the name of national security is a fundamentally unsound approach that would inflict substantial damage on our legal system, our values, and our communities.”

To put it simply, as Shannon says, “You can’t predict violence based on ideology.” Mike German of the Brennan Center for Justice’s Liberty and National Security Program shared her view in a Boston Globe article about the CVE pilot program: ““It targets people who are critical of things like US government policy. . . . That says nothing about whether someone is going to be committing unlawful activity.”

In June of 2015, MJL also signed on to a national coalition letter against CVE, which included the argument that “CVE training that conveys vague and unsupportable ‘indicators’ of violent extremism will only result in further civil rights and privacy violations.” That prediction has proven to be true, as Shannon and her colleagues at MJL know well. They strive to be proactive, working hard, as Shannon says, “to let people know we’re here,” educating the community about the CVE program and how they can avoid getting caught up in it.

When asked how many calls MJL receives per month from Muslims who have been contacted by the FBI, Shannon replies, “Not enough,” and adds, “We can handle more.” Currently MJL is dealing with several cases per month but hopes that their outreach will make that number grow. She is proud of MJL’s participation in the November 2015 “Resisting Surveillance: Racial and Religious Profiling in Boston and Beyond” panel, which focused on the profiling of Muslims, African Americans, Latinos and other communities of color, both in Boston and elsewhere. Making connections, acknowledging and addressing intersectionality, plays a big role in achieving civil justice, and Shannon often compares the CVE approach to the FBI’s COINTELPRO activities, stating that both are “divide and conquer” strategies and emphasizing that “We can’t be played off each other. We can’t liberate a subset of the community.” Justice is for all.

BORDC/DDF is proud to honor Shannon Erwin with our Patriot Award and to spotlight the Muslim Justice League of Boston, Massachusetts. “Our long-term hope,” Shannon says, “is to live in a world without suspect communities.”