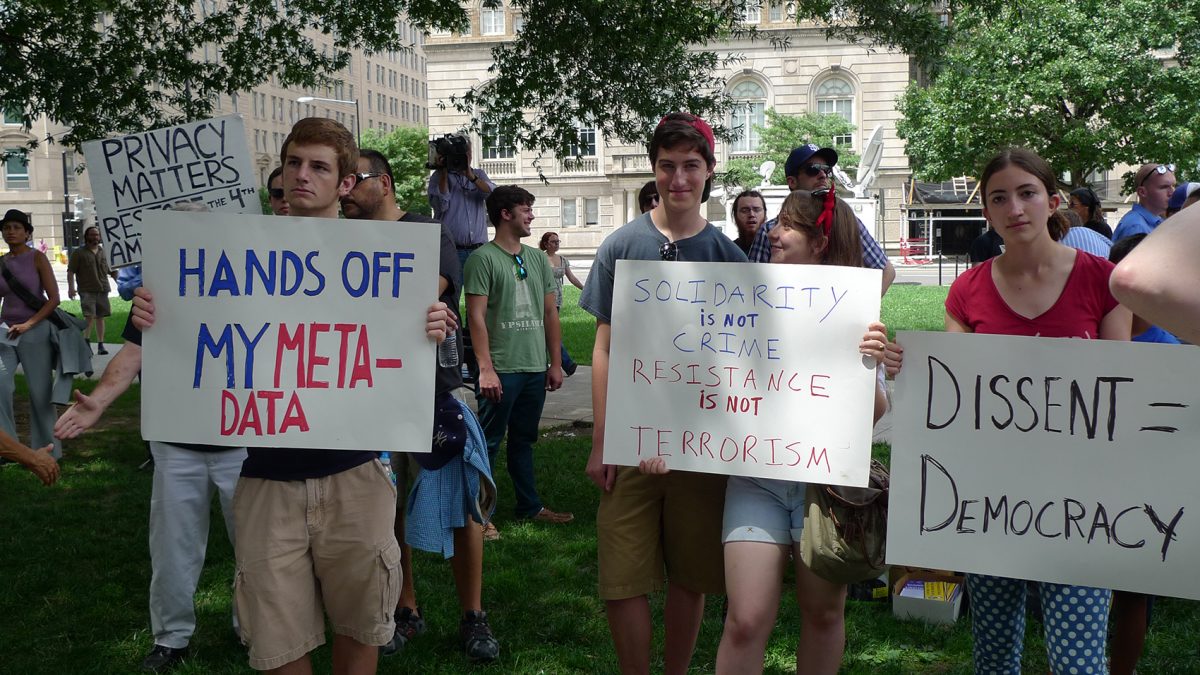 Eighty Senators voted yesterday to extend three PATRIOT Act surveillance provisions with minimal safeguards to protect US persons from the prying eyes of the NSA and FBI. That final vote doesn’t tell the whole story, which stars the intense campaign by a transpartisan coalition of civil society groups,  and the thousands of grassroots activists across the country who over the past year hounded members of congress with phone calls and emails demanding an end to the PATRIOT Act warrantless spying provisions. Without that hard work, a much more dangerous bill would have passed.

The three PATRIOT Act provisions at issue are Section 215,  which allows the FBI to collect “business records” without a warrant by claiming they are ‘related’ to a national security investigation, and two other rarely used authorities to allow for roving wiretaps and the “lone wolf” provision which doesn’t require any connection to a foreign government or terrorist group. Edward Snowden exposed how Section 215 was being used to collect the phone metadata of virtually every call in the US.

In March of this year, those three provisions sunset when a handful of privacy hawks forced Senate Majority Leader Mitch McConnell to allow a full debate and votes on three amendments. Under the terms of the agreement, 60 votes were required for any of the amendments to pass.

The Senate voted on Wednesday and Thursday on reform amendments to the USA Freedom Reauthorization Act (click on the vote tally to find out how your Senators voted):

The Wyden-Daines amendment prohibited warrantless collection of our internet browsing histories. It was narrowly defeated, 59-37.
A much broader amendment introduced by Senator Paul (R-KY) which would have prevented the FBI from using the FISA court to go after US persons, was defeated 11-85.
The one bright spot was the adoption of the Lee-Leahy amendment to ensure stronger oversight of the FISA court on a vote of 77-19.

The bill now moves to the House, where we hope to pressure leadership to allow the House to consider an amendment to protect our internet browsing history (based on the Wyden-Daines amendment). Stay tuned!