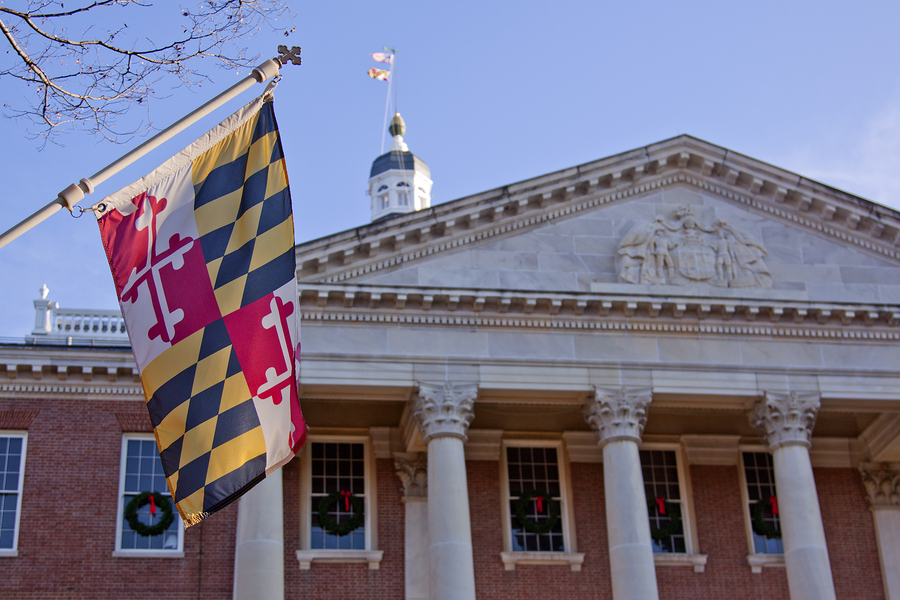 Maryland may be the free state, but for the second time in three years the Maryland General Assembly may consider legislation to kill free speech rights for those who take a dissenting view on the Middle East.

We have learned that several legislators are planning to introduce a bill in the upcoming session (which starts on January 13) that will deny state contracts to individuals or businesses engaged in boycotts aimed at Israel to protest human rights violations.

The right to boycott has been affirmed by the Supreme Court, and we don’t plan to let the Maryland General Assembly deny that right to people in the Free State!

You can participate in our campaign in two ways:

Send an email to your legislators today

In 2014, BORDC/DDF joined together with a coalition of groups to defeat a bill meant to punish academic associations that endorsed a boycott of Israeli state institutions complicit in violations of Palestinian human rights. While BORDC/DDF has no position on international issues, the Supreme Court has ruled that boycotts for political, economic, and social change are political speech protected by the First Amendment and thus the state cannot punish individuals or organizations for their political speech.

Regardless of the final text, it is impossible to draft legislation aimed at punishing such boycotts that is Constitutional. The state cannot discriminate based on a viewpoint on a particular issue. By singling out only those who engage in boycotts in furtherance of Palestinian human rights advocacy the state is discriminating against a particular point of view. Furthermore, boycotts are political speech and the state cannot deny a benefit to someone for engaging in political speech. To learn more about why this legislation is a bad idea, check out our fact sheet here.

These bills are part of a coordinated effort to stop dead in its track a growing movement called Boycotts, Divestment, and Sanctions (BDS) which seeks to use time honored non-violent tools to achieve human rights for the Palestinian people. Similarly worded bills have popped up in state after state. To learn more about this crack down on a social movement, see our coverage of it on the Dissent NewsWire here and here.

Since Maryland is the free state we are hoping to make Maryland the first state to adopt legislation that counteracts this national attempt to hijack state legislatures to push through an anti-free speech agenda and state loudly and clearly that the free state remains committed to free speech.

Please help us by contacting your state legislator to tell them to say no to anti-free speech bills, and say yes to protecting human rights defenders. You can do so by taking action here.

Finally, BORDC/DDF in conjunction with local groups in Maryland will be participating in a state-wide day of advocacy in Annapolis on January 25, 2016. Click here to join us in Annapolis!

The other side is well-organized and has already met with the Speaker of the House of Delegates, we need to make our voices heard that we want to keep free speech alive in the free state! Last time the anti-BDS bill’s passage seemed inevitable, but newspapers were flooded with letters to the editors, legislators received a massive amount of feedback, and activist showed up and delivered hours of testimony against the bill, changing the course of history.

Please contact your legislator today, the Bill of Rights needs you!