Why Is the FBI Harassing Activists in Cascadia?

Are Stingrays Being Used to Monitor Protests? 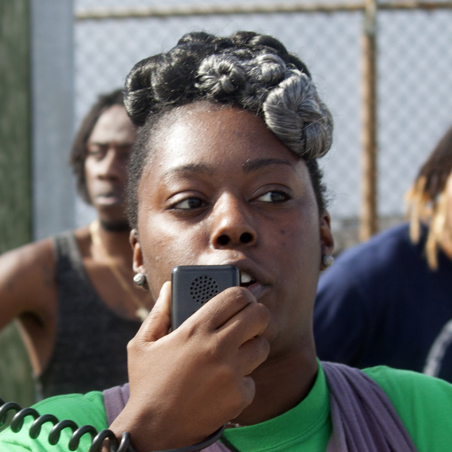 Ruth Jeannoel is BORDC’s January 2015 Patriot Award winner. For the past two years she has been the Organizer for Power U Center for Change. Power U is a grassroots movement whose base are black women and black youth.  As Ruth described, “Lots of these folks don’t have decision-making power in our society.”  Thus, she works to make space for people who are generally ignored or not heard, whether it be through educational workshops or facilitating conversations among the people in her community of North Miami Beach, Florida.

For about the last year, Ruth has been working with Power U to address issues of state violence, regardless of whether that violence comes from the police or from other sources. She has been addressing how that violence affects our communities, and has been working to give residents the tools so that they can achieve policy victories.

Just a few weeks after the new year began, Ruth was able to help facilitate one of these victories. She explained how North Miami Beach police use images of black men for target practice. She said, “That is where we have been continuing the fight.  We need to take up that space and ask them to stop. We had a meeting and a rally and we were able to assert our power and tell them they’re going to have to listen to the people.” The end result of this action was the commitment by the police to set up an independent civilian review board that will look into police practices and policies. When speaking about this victory, Ruth made very clear that “the important thing was creating power for the people who demanded that we make change.”

Though she has been on Power U for only two years, Ruth’s work in organizing goes back nearly a decade. Prior to her work with Power U, Ruth worked with the Holyoke chapter of Neighbor to Neighbor in Massachusetts, and also did organizing work on the University of Massachusetts Amherst campus.

Regarding her work on the college campus, Ruth recalled there was some racial tension on what is a predominantly white campus, and that her work centered around making the college accessible and affordable for lower-income people in the community. She said, “The campus wasn’t doing enough to make school more accessible, so I started the Student Bridges program,” a program that still exists today.

It was this work on her college campus that stirred Ruth’s passion for organizing.  She said, “I developed deep connections with the black and brown community on campus and then connected that to my own personal experiences. I realized that everything I had been through personally was connected to what goes on systemically. I realized I couldn’t make these changes myself.  Making these changes would take the power of the community.”