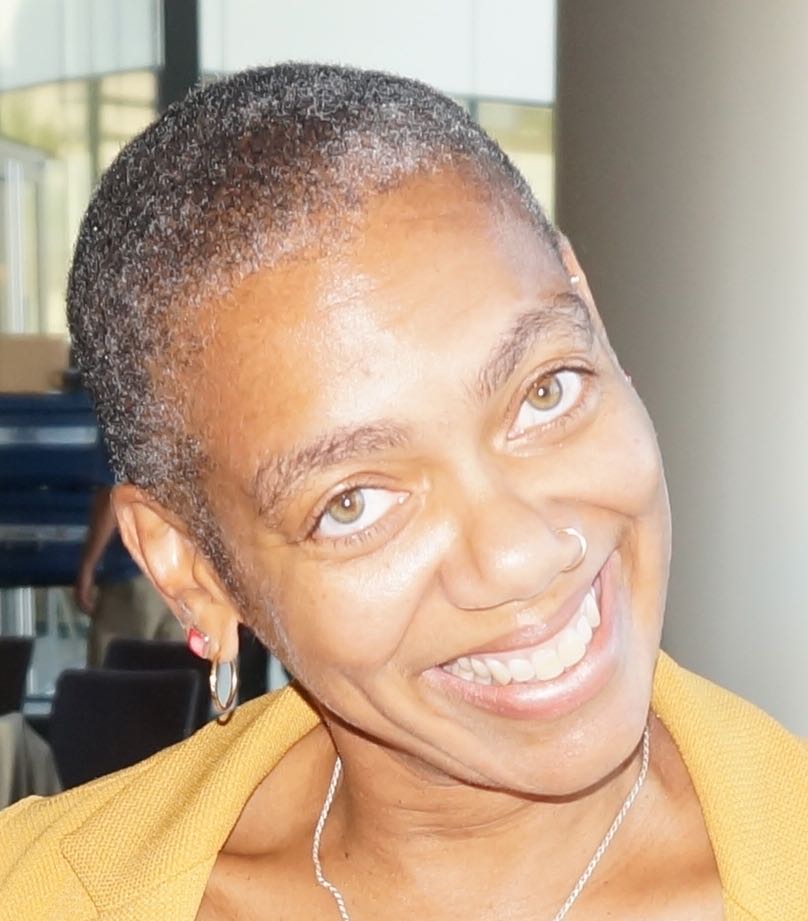 Rhonda Y. Williams is the recipient of BORDC/DDF’s June 2016 Patriot Award. She is an associate professor of history at Case Western Reserve University in Cleveland, Ohio, and she is the founder and director of the Social Justice Institute there. She also gives her time and talents to the Greater Cleveland Civil and Human Rights Coalition, whose meetings have been facilitated by BORDC/DDF national field organizer George Friday since 2014. The coalition meets regularly and responds to racism, police violence, and systemic injustice.

Rhonda Y. Williams is known in the community in Cleveland as “Dr. Rhonda.” She began to learn about what was happening on the streets, in the courtrooms, and in police departments as a journalist and continues to learn as a historian and activist. She embraced journalism, she said, in an effort to help change the way the “media looked at African Americans, to be an activist-writer and to have an impact on the community.”

And while journalism gave Rhonda the opportunity to help build what she calls a “contemporary history archive,” but the busy schedule of a reporter did not give her enough time to think in a deep and nuanced way about what she was learning, to try to understand why things were happening and why things were the way they were. She needed time to think, to place current events within the context of history. So Rhonda went back to college and earned a doctorate in history.

She encountered many mentors in “the academy,” which is how she refers to the university and college world. Temple University professor Dr. Joyce A. Joyce and Dr. Mary Frances Berry, a history professor at the University of Pennsylvania and the former chairwoman of the United States Commission on Civil Rights, are two of the women she is proud to say inspired her and helped shape her path. Mentors are important, Dr. Rhonda says, because “you have to have people who give you a safe space to talk and vent and question.” And that is true for everyone in the community, she adds. “We need to have community voice—to honor it and to learn from it.”

The interaction between scholarship and community engagement is a hallmark of Dr. Rhonda’s work. As she put it, “The academy is not the only place knowledge is produced and not the only place where knowledge should be deemed valuable.” To work toward social justice, all participants must “lift up voices” and “analyze power,” Dr. Rhonda says. The work is about “creating space in the community for conversations that progressives and social justice-minded people need to have,” and strategizing about social change for both now and the future.

The Social Justice Institute at Case Western Reserve University, under Dr. Rhonda’s guidance, sponsors a variety of events that seek to create such a space. The Institute also hosts a biennial think tank devoted to educating people for the struggle toward social justice. The last one, held in November 2015, was called “Educating for Struggle: Social Justice, Empathy and Social Transformation,” and its keynote speaker was Angela Y. Davis. The think tanks—and most of the institute’s programs, Dr. Rhonda is proud to say—are free and open to the public

“The struggle never ends,” according to Dr. Rhonda. These are some of what she considers important components of fighting for social justice:

Dr. Rhonda also believes that self-care is important for activists. Burnout is real and can be incapacitating, so people involved in the struggle need to step back once in a while and make sure they are fighting the battles most worth fighting and using their energy in the best ways possible. “Say ‘self-care’ out loud,” is Dr. Rhonda’s advice. “Make it part of the struggle. Replenish your energy.”

BORDC/DDF is proud to honor Rhonda Y. Williams, a true patriot. To sum up her philosophy: It’s all about partnerships, history, mentorship, and supporting each other throughout the always changing but never-ending struggle. Thank you for lighting the way and walking the path, Dr. Rhonda.