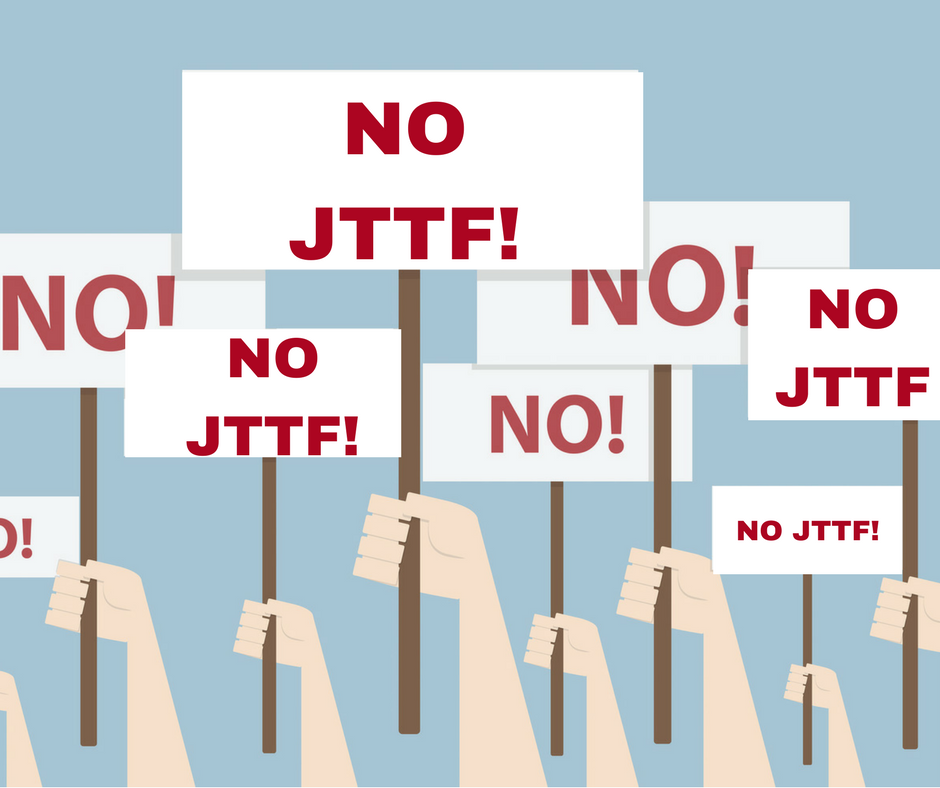 They have all been targeted by the FBI for infiltration, surveillance, disruption, and criminalization, all based on their identity or First Amendment protected activities.

And, increasingly, they are working together to challenge the FBI.

The FBI is a large agency, with over 35,000 employees. But it expands its reach even farther through Joint Terrorism Task Forces, which are located throughout the country and engage local and state police in investigations that are supposed to be about terrorism. But too often, these investigations pry into communities and activist groups who are not engaged in any criminal, let alone terrorist, activity.

The FBI’s unjustified attention to social justice activists and minority communities will only get worse under this administration, which has made clear its animosity toward dissidents, Muslims, and other people of color. In July, the Senate approved the nomination of Christopher Wray to head the FBI, despite the fact that he refused to pledge not to assist in the creation of a Muslim registry, or to refrain from spying on mosques absent a criminal predicate.

Related: Are Your Police Willing Foot Soldiers in Trump’s FBI?

The FBI is ground zero of the domestic surveillance state. The FBI has virtual carte blanche to spy on, harass, and disrupt Muslim organization including mosques and Muslim Student Associations. The FBI is also free to infiltrate and disrupt activist groups. All without ANY evidence or articulable suspicion of crime or terrorism.

No police force should participate in JTTF, but if they do, strong guidelines have to be put in place to prohibit them from participating in investigating people or groups based on their First Amendment activities absent articulable suspicion of a crime.

So, we are excited to be teaming up with a diverse and growing coalition of groups to build Resistance Cities around the country, that will refuse to lend their police to the FBI’s JTTFs to engage in profiling, infiltration, and harassment of communities and activists who are only engaged in First Amendment protected activities.

The coalition is being led by Policy Link, a national research and action institute advancing economic and social equity by Lifting Up What Works, in collaboration with PICO, a national network of faith-based community organizations working to create innovative solutions to problems facing urban, suburban and rural communities. Other members of the coalition include Asian Americans Advancing Justice/Asian Law Caucus, and the Council on American Islamic Relations.