What The Republican and Democratic Party Platforms Say About Civil Liberties

So, How’d That “Freedom of Assembly” Go at the National Political Conventions?

What The Republican and Democratic Party Platforms Say About Civil Liberties 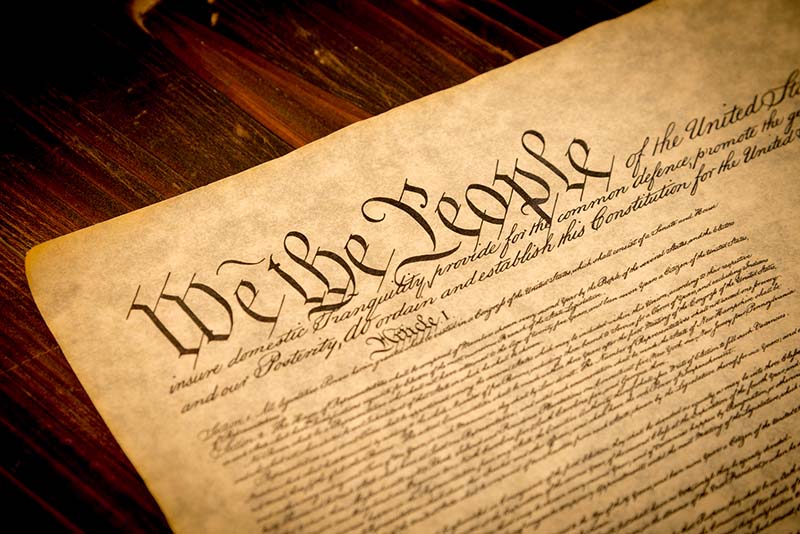 Democrats started off their section on LGBTQ rights by asserting their full-fledged support of United States v. Windsor. The platform details how Democrats will work to end discrimination against the LGBTQ community by passing federal non-discrimination laws that address prejudice in housing, employment and education. If elected, Democrats also pledge to combat the rampant violence against transgender individuals.

In contrast, the RNC platform condemned the Supreme Court’s ruling in United States v. Windsor and praised “traditional” marriage for being the “foundation of a free society.” The RNC vowed to “take back” the definition of marriage by appointing judges and justices judicially reminiscent of the late Antonin Scalia. The platform also wholeheartedly endorses the First Amendment Defense Act (FADA), which is an unpassed piece of legislation that would allow businesses to discriminate against LGBTQ persons if the discrimination occurred because of a religious belief or moral conviction. Anti-LGBTQ rhetoric persists throughout the entirety of the platform, with the phrase “natural marriage” appearing periodically.

The RNC does not mention police brutality, police profiling or Black Lives Matter. Instead, the section dedicated to criminal justice and police reform condemns the lack of respect for law enforcement in the current administration. The platform promises that the Republican president will restore the public’s faith and trust in law enforcement by not “sowing the seeds of division.”

The DNC platform acknowledges systemic racism in American institutions, and presents a number of policy proposals that would decrease profiling and excessive force in the criminal justice system. Democrats suggest training police officers in tactics of conflict de-escalation, drafting guidelines that outline the proper use of force, and limiting the use of military grade weapons in American communities. The platform pledges to take steps to end racial profiling and will move to have the Department of Justice investigate all police shootings that occur under uncertain circumstances. Finally, Democrats will advocate for reforming the grand jury process and will support mandatory body cameras for police officers (which may be problematic).

The term whistleblower is mentioned once in the RNC platform in a section entitled Improving the Federal Workforce. Republicans say that whistleblowers employed by the federal government deserve “special praise” for “risking their careers to expose waste, fraud and misuse of power.”

The DNC platform does not mention any policy towards whistleblowers.

In the RNC platform, the majority of the section on the First Amendment is dedicated to money as an extension of speech. The platform advocates for repealing McCain-Feingold and eliminating the current caps on campaign contributions.

The DNC platform only mentions the First Amendment to say that even though hateful speech is a constitutional right, it should still be wholeheartedly condemned.

Neither party platform addresses the fact that Activism is Not Terrorism, and therefore activists have a right to advocate for political causes without unjust interference and profiling.

Republicans came out in favor of stricter regulations for aerial surveillance devices, except when those devices are being used by the government to monitor undocumented immigrants from crossing the border. The platform also came out in opposition to the government requiring surveillance devices in the daily lives of Americans, and cited tracking devices on motor vehicles as an example.

Republicans offered no specifics on encryption, except to say that a balance must be struck between privacy rights and unwarranted government intrusion. The section on encryption goes on to say that decisions related to encryption should be made by a Republican led legislature and executive, and should not be made by the courts.

Democrats began their section on online privacy by rejecting what they consider to be a false dichotomy of privacy vs. security. Democrats said they would continue to oppose the warrantless surveillance that originated out of the Bush administration, and would push for reform on policies that allow the government to collect data in bulk.

The platform also supports the formation of a national commission that will focus on digital security and encryption. The commission would be comprised of individuals that work in public safety and technology, and would be tasked with addressing privacy concerns and the needs of law enforcement.

The Republican platform is available in full here, and the Democratic platform can be read here.