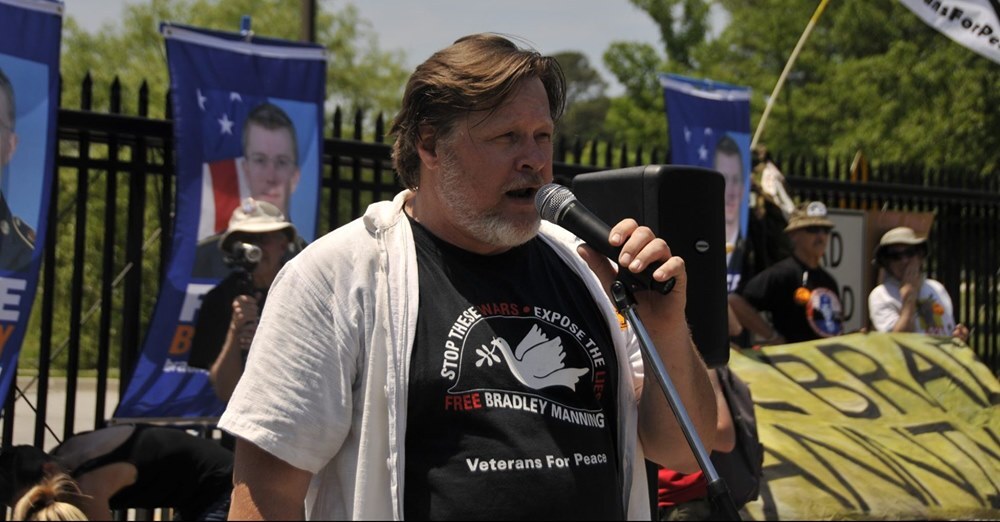 Defending Rights & Dissent was deeply saddened to learn of the passing of Kevin Zeese over the weekend. Over his life, he was on the frontlines of many causes–whistleblower protections, election integrity, single payer healthcare, net neutrality, reforming our criminal justice system, environmental justice, and peace. He was the press secretary for Ralph Nader’s 2004 presidential campaign and in 2006 ran for Senate in Maryland with the backing of both the Green and Libertarian Parties.

We’ve worked with Kevin on a number of issues, including protecting whistleblowers and truthtellers like Chelsea Manning and Julian Assange.

Kevin was an early opponent of the US Drug War. He worked as a criminal defense attorney and witnessed first hand how broken our criminal justice system was.  Kevin served as the National Organization of Marijuana Reform Laws’s executive director from 1983 to 1987. He co-founded Drug Policy Forum in 1987 and Common Sense Drug Policy in 1994.

While today thanks to racial justice movements there is heightened attention about mass incarceration, over policing, and the ruined lives left in the wake of the Drug War, Kevin battled the Drug War when it was by no means a mainstream or popular position. Kevin recounted to me on at least one occasion a particularly hostile reception he received when appearing on Live with Geraldo. As a proponent of drug legalization, Kevin knew he was being brought on solely to be attacked and vilified. Kevin never failed to stand up for what was right, so he went on anyways to make the case against our failed drug policies. During the show, Geraldo Riveria demanded the audience and the panelists take drug tests (Kevin, along with a representative of the American Civil Liberties Union were the only parties to refuse). Most particularly disturbing to Kevin, the program started off with filmed drug busts, turning people having their doors kicked in, being handcuffed, and arrested into a television spectacle. This was the political and media atmosphere around the Drug War at the time.

Following the US invasion of Iraq, Kevin became deeply involved with the peace movement. Anti-war activism would remain an important cause of Kevin. In 2019, Kevin opposed US intervention in Venezuela and even joined with a group of peace activists known as the “Embassy Protectors Collective” who attempted to thwart an effort by the US to seize Venezuela’s US embassy and turn it over to the “government” of Juan Guadio. While the US recognizes Guadio as the President of Venezuela, he has no actual sovereign power in the country and is not recognized by the United Nations. Kevin and activists with the Embassy Protectors Collective viewed such a seizure of diplomatic property as an outrageous violation of international law and part of US support for a coup. Eventually, the US government entered the embassy and arrested those inside. Even though the odds were heavily stacked against Kevin and his co-defendants, their trial ended in a mistrial.

This was not the only time Kevin put his body on the line for causes he believed in. Early in 2011, Kevin and some other activists told me about how inspired by Egypt’s Tahrir Square and Spain’s anti-austerity Indignados Movement, they planned to occupy Freedom Plaza in Washington, DC. Shortly after, Adbusters Magazine put out its now famous call to Occupy Wall Street. These efforts would eventually coalesce that Fall as protests against economic inequality and corporate dominance of US politics spread across the US. It was out of this occupation that Kevin would go on to form with his partner Dr. Margaret Flowers Popular Resistance.

Kevin and Margaret were involved in so many encampments and direct actions that it is nearly impossible to recount them all in one place (Margaret was also a member of the Embassy Protectors Collective). In 2009, during the run up to the creation of Affordable Care Act, the Senate Finance Committee held a health care roundtable. Activists blasted the roundtable’s decision to exclude witnesses who supported single payer health care and criticized Sen. Max Baucus, the Finance Committee’s chair, close relationship with the healthcare industry. Kevin and Margaret were among a group of activists, known as the Baucus 8, who were arrested protesting the exclusion of witnesses who supported single payer health care.

In 2013, Kevin and Margatt were among activists who took over the US Trade Building, calling for the text of the Trans Pacific Partnership, which was being negotiated in secret, to be made public. Kevin was an early supporter of Net Neutrality. In 2014, when it seemed likely that the FCC was going to kill Net Neutrality, Kevin and Margaret staged an encampment outside the FCC.

On a personal note, Kevin was the first person to publish my writings and encouraged me to pitch pieces to Counterpunch and Truthout. Shortly afterTruthout first began publishing my work, Kevin during his own meeting with a Truthout editor spoke highly of my potential. Without his encouragement, it’s unclear how far I would have pursued writing.

Kevin fought for peace over war, for democracy over corporate dominance.  Kevin’s life embodied the importance of dissent to a democracy. He will be deeply missed.