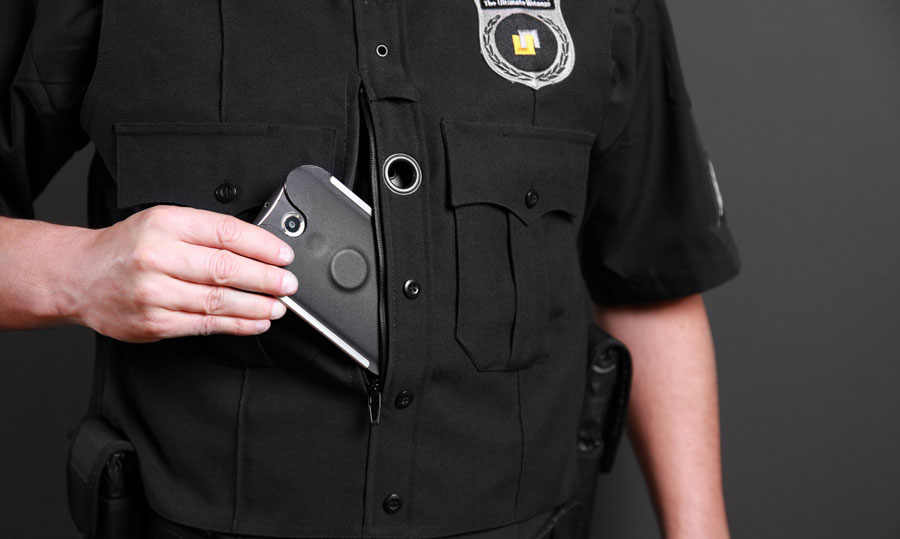 Over the past year, there has been a surge of activist movements across the country in response to the frequency of police killings of unarmed civilians, and especially of black and brown people.

According to The Counted—a report compiled by the Guardian—1,080 people have been killed by police so far this year, and black Americans are two times as likely to be killed by police while unarmed than white people. The report also found that 27 percent of people killed by police in 2015 suffered from mental health issues.

Since the police killings of Michael Brown in Ferguson, Missouri and Eric Garner in New York City during the summer of 2014, many have averted their attention to the issue of police violence in the United States.

In the wake of these tragic killings, the American Civil Liberties Union (ACLU) published a report addressing “the possibility that body cameras might be part of the solution [to police brutality]”—but only with the right amount of oversight, regulation, and accountability.

In the wake of rapidly increasing accounts of excessive use of police force, and the frequency at which people have been fatally shot by law enforcement this year, the DC Council will take final vote on a bill expanding the Body-Worn Camera Program Amendment Act of 2015 this evening.

Spearheaded by Councilman Kenyan McDuffie, the proposal “prioritizes public access to recordings; requires ongoing analysis and auditing of the program by oversight agencies and researchers; and protects the privacy of individuals in their homes and victims of domestic violence, sexual assault, and stalking.”

Nevertheless, police body worn cameras are only a minor remedy to brutal policing. They do not address the issue of bad policing and serve as a Band-Aid for a larger issue. There is also the potential for invasion of privacy of subjects, and the lack of oversight, regulation, and accountability of footage captured by the cameras.

To address the problems with such a program, the Leadership Conference on Civil and Human Rights published a Body Camera Scorecard to ensure accountability in both the legislative process, as well as in its practice. They highlighted specifically the question of “whether these cameras make police more accountable—or simply intensify police surveillance of communities.”

The report also dedicated a section to Civil Rights Principles on Body Worn Cameras, which both mentions that “police-operated cameras are no substitute for broader reforms or policing practices,” but also offers a list of ways to ensure that the use of cameras remains a tool for accountability.

The aforementioned list of recommendations was signed by civil liberties organizations that include the ACLU, Demand Progress, the Electronic Frontier Foundation, the NAACP, and Voices for Racial Justice, among others.

The scorecard outlines the following ways to ensure that body cameras are used to enhance civil rights, rather than increase surveillance of already vulnerable communities: Develop policies that are public and in consultation with civil rights groups and local communities; regulate the use and purpose of the footage, specifically in relation to facial recognition and biometric technologies, so as not to “amplify existing disparities in law enforcement practices across communities;” specify policies for recording, retention, and access to footage; make the footage available in order for policing to remain accountable.

With the proper oversight, regulations, and policy-making procedures, police-worn body cameras have the potential to divert excessive police force. However, it is crucial to remember that they do not solve the deeply rooted racialized issues with policing in this country.