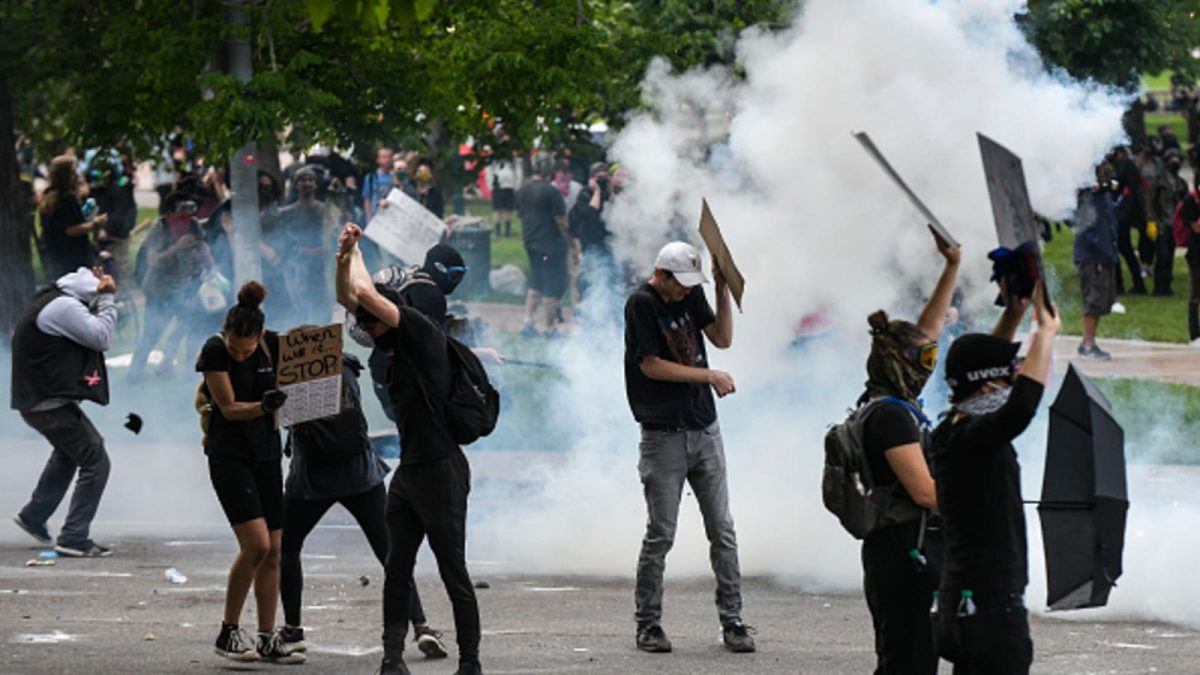 Americans protesting the killing of George Floyd were met by militarized police using excessive force and firing rubber bullets and other projectiles into crowds of unarmed people and at journalists covering the protests. The first episode of a new podcast shares stories about three women partially blinded by police projectiles, including Linda Tirado, a professional photographer covering protests in Minneapolis; Nia Love, a Sacramento resident protesting police violence in her hometown; and Vanessa Dundon, a water protector serving at Standing Rock.  In their own words they explain what happened and why they continue to speak out against police brutality.

More than 20 people hit by police projectiles at Black Lives Matter demonstrations and other protests have lost vision in one of their eyes. These attacks prompted the American Academy of Ophthalmology to call for banning these weapons saying, “Americans have the right to speak and congregate publicly and should be able to exercise that right without the fear of blindness.”

U.S. law enforcement spends nearly $2.5 billion annually on these munitions.  Initially seen as an alternative to lethal force, these weapons drew widespread condemnation after police indiscriminately used them against protestors following the 2014 killing of Michael Brown. Studies have shown that these weapons can kill or leave permanent scars, and lawsuits brought by victims and their families have uncovered major deficiencies in officer trainings.

These projectiles, and other weapons built for the military like Long Range Acoustic Devices, sniper rifles and bayonets, have no place on American streets, especially as more people continue to protest against white supremacy and police brutality, and journalists work to cover these demonstrations.  But their continued usage as crowd control reflects a disturbing trend that police trained and equipped for the battlefield view the people they are supposed to serve and protect as the enemy.