Our Report on FBI Spying Featured in The Intercept 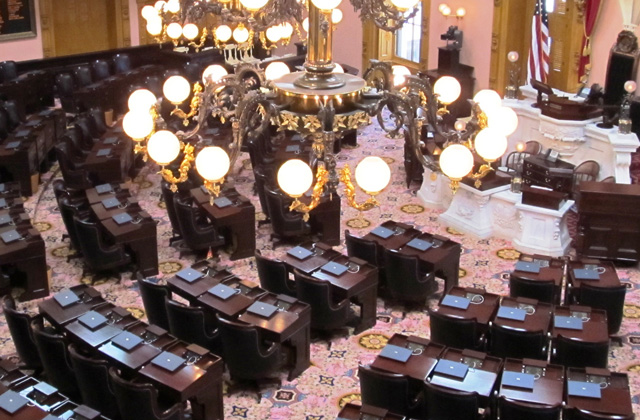 The extractive industry is afraid. Concern about climate chaos, and opposition to their pipelines and fracking is growing. Rather than address concerns about the environment, they want to make their critics shut up. So they lobby legislators to pass bills silence the opposition.

They’ve passed bills in seven states since 2016, and Ohio could be next.

Ohio’s SB33 would dramatically increase penalties for peaceful protests and civil disobedience at pipeline and other so-called “critical infrastructure” sites, and impose HUGE fines on groups that support protests.

SB33 has already passed the Senate. Help us defeat it in the House

If SB33 passes, protesters who trespass onto a pipeline site, including a pipeline construction site, could face 6 months in jail and $1,000 fine. The penalty for “tampering” with a pipeline (which could include graffiti or other impermanent alteration) could mean 10 years in prison and a $20,000 fine. These actions are already against the law. The increased penalties are intended to intimidate protesters.

Even worse, any group or individual that supports or encourages a protest where someone trespasses or ‘tampers’ with equipment could be fined $10,000 or $100,000, respectively.

Here’s an example of how that could work: if protesters chant a generic slogan, such as “Stop the pipeline!” and other protesters then enter onto pipeline property to protest (thereby trespassing), those who only chanted may be civilly liable for having “encouraged” the trespass. They could be fined $10,000 for that!

There is no valid reason for this bill. There is no wanton destruction or vandalism of pipelines occurring in Ohio. But there are protests. And some Ohio legislators, and their corporate donors, want to shut them up.

Please Take Action to help us stop this bill!

For more information about this bill, and others we’re fighting across the country, check out these resources: