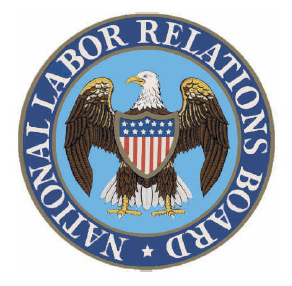 The announcement that the National Labor Relations Board (NLRB) plans to roll back protections for Americans trying to collectively bargain and unionize is worrisome. Along with potentially overturning past decisions that allowed workers to organize on company property and prevented employers from interfering with union elections, the NLRB is also considering new rules that would deny graduate students the right to unionize.

While there is a lot at stake, the primary issue is whether graduate students who work as teaching and research assistants should be classified as “employees” of the private schools they work for.  It may seem ridiculous to suggest that people who are paid and supervised by a university are not its employees and thus prohibited from collectively bargaining, but that is exactly the view of many colleges and the current NLRB.

The rights of graduate students to unionize at private schools has been a political hot potato for the past two decades, with competing decisions tossed back and forth depending on which party controls the White House (and thus the power to select NLRB members that share its persuasion).  Proponents on either side of the debate view the outcome as an existential threat, with university officials even going so far as to say unionized graduate students could unleash “havoc” on campuses (Columbia officials’ worry that unionized students would be the sole arbiter of whether tests should consist of multiple-choice questions or essays is a particular favorite of mine).

New York University students were granted collective bargaining power by the NLRB in 2000 when the board determined that graduate students are employees of the university.  Then, four years later, in a case involving Brown University, the board reversed course and ruled against the students.  That was the standard until 2016 when the NLRB again ruled that students—this time involving a case filed by students at Columbia University—should be classified as employees.

In each instance, the NLRB took action only when a relevant case came before the board.  This time, however, the NLRB says it plans on determining the employment status of graduate students without a case pending before its members.  It’s an alarming move that threatens freedoms guaranteed in the Constitution.

Protecting individual rights often relies on collective action, and unions frequently play a critical role in safeguarding fundamental First Amendment rights, such as assembly, speech and petition.  And while not listed with other basic rights in the Bill of Rights, freedom of association has been repeatedly recognized by the Supreme Court and is legally supported by the due process clause of the Fourteenth Amendment.

The stark politicization of the issue has increased tension between students and schools.  Rather than negotiate with grad student to discuss salary and other benefits, many colleges and universities are simply refusing to meet with students, instead waiting for the NLRB to issue a decision in their favor.  Unable to unionize, many graduate students feel they have no other option than to strike during the school year to get school officials to take their demands seriously.

The impact of this broken approach is being felt at schools across the country. In April, seven students were arrested at Loyola University during a sit-in protest after administrators refused to negotiate with the union.

After nearly two years of fruitless negotiations with school officials, graduate students at the University of Chicago have pledged to strike for three days during the final month of class in order to improve graduate education and address quality of life issues.  “We would much rather focus on the end of the quarter. But, after more than 19 months of stonewalling and condescension, the time has come to say that our labor cannot be taken for granted,” a statement from the Graduate Students United said.

“I think it’s bad faith to try to wait for the Trump administration to take action through the NLRB, instead of dealing with their workers across the bargaining table,” Jess Issacharoff, a former PhD student at Duke University said. “But worker power’s never just been about bargaining.”