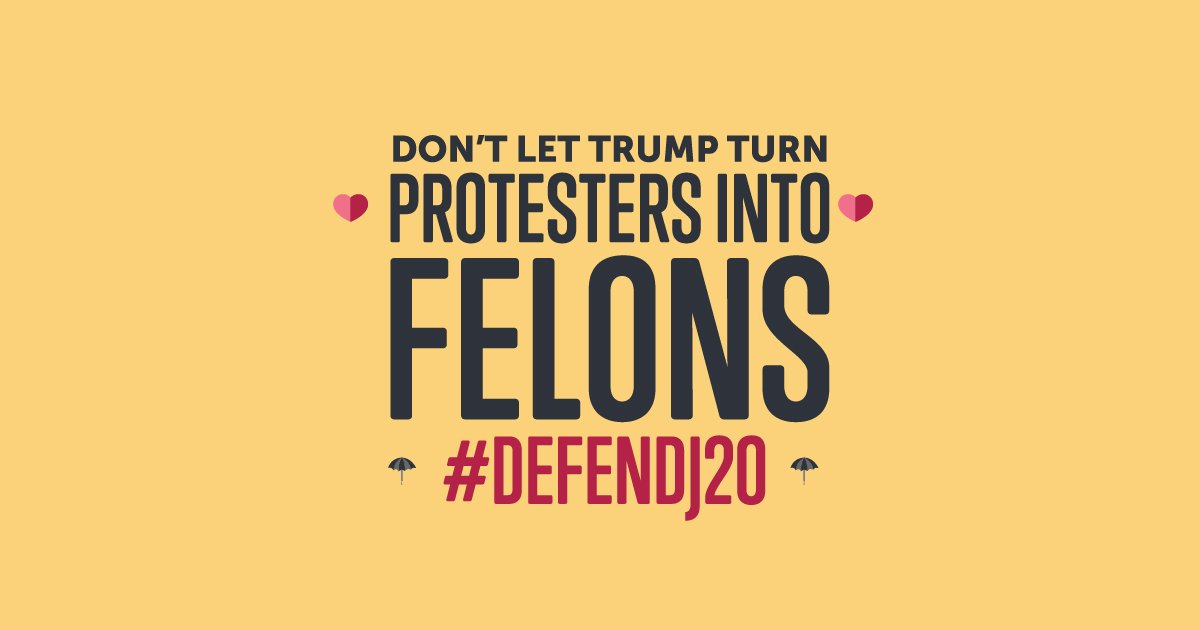 WASHINGTON, D.C.— Defending Rights and Dissent (DRAD) and the National Lawyers Guild (NLG) have once again teamed up to seek information about the Metropolitan Police Department’s (MPD) conduct during Inauguration protests.

Earlier today, the two groups filed a Freedom of Information Act (FOIA) request seeking information about the infiltration of protest group DisruptJ20 by MPD, as well as the extent of MPD cooperation with non-law enforcement third parties like Project Veritas.

During the first criminal trials stemming from the J20 protests, Officer Bryan Adelmeyer testified in open court about MPD’s infiltration of protest planning meetings. He also confirmed in testimony that Project Veritas, an ultraconservative and widely discredited organization, did the same. Prosecutors played video footage for the jury during trial that was taken by a member of Project Veritas using a hidden button-camera. Ultimately all six defendants were acquitted by the jury; 188 defendants from the inauguration protests are still awaiting trial.

“MPD’s dragnet of J20 protesters apparently includes video obtained by white supremacists who infiltrated groups planning protected First Amendment activities,” said Maggie Ellinger-Locke, Executive Vice President of the NLG. “We call on the U.S. Attorney to put an end to this practice by dismissing all remaining charges against the 188 other J20 defendants.”

As explained in the FOIA request, MPD must comply with the “Police Investigations Concerning First Amendment Activities Act of 2004.” When asked at trial (and under oath) about his compliance with key components of this Act such as the requirement to obtain written authorization before infiltrating political groups, Officer Adelmeyer responded that he could not recall. The extent of Officer Adelmeyer’s directive was to “study the concerns and issues that are paramount within the anti-establishment community.”

“It is entirely inappropriate for the MPD to deem certain views ‘anti-establishment’ and then gather information on them. Political activism is not a crime and police infiltration of activist groups chills speech and deters political participation, which is why the City Council has explicitly imposed statutory restrictions on investigations of First Amendment protected activity. Officer Adelmeyer’s testimony raises serious questions about whether the MPD is following those restrictions and if they are relying on third parties, who have their own political goals, to evade these prohibitions,” said Chip Gibbons, Policy and Legislative Counsel for DRAD.

The FOIA seeks all unredacted videos, notes, training materials, and other records concerning MPD’s infiltration of DisruptJ20 and its collaboration with far-right organizations, including Project Veritas, Oath Keepers, The Rebel Media, and Media Research Center.

The full request can be read here.