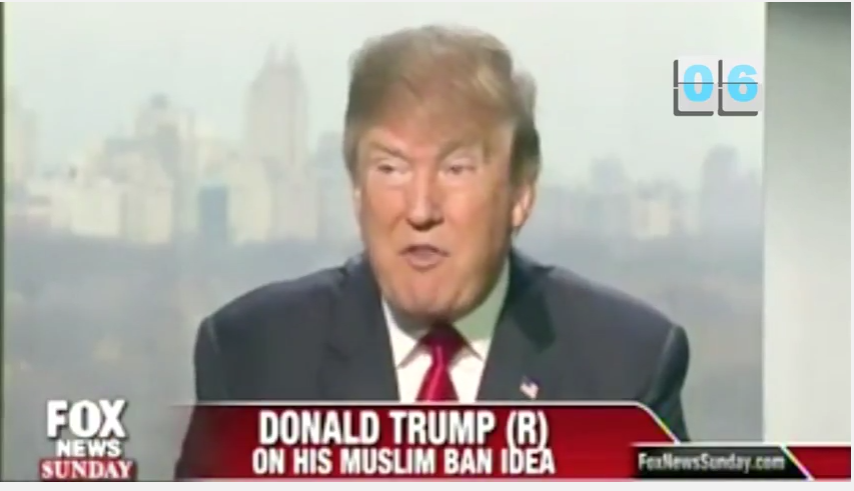 Today the Trump Administration signed a revised Executive Order with the same name as the previous EO that has been blocked by the courts.

The original Protecting The Nation From Foreign Terrorist Entry To The United States Executive Order issued on January 27, caused chaos for travelers, and led to massive protests around the country. It was blocked by the courts for a variety of reasons, and a federal judge in Virginia ruled that the Trump Administration “had not rebutted evidence that the ban was motivated by religious prejudice.”

In short, it was a Muslim ban.

Welcome to Muslim Ban 2.o. Trump’s new Executive Order makes a few tweaks  but the differences are more cosmetic than substantive. Trump adviser Stephen Miller told Fox News on February 21 in fact that the new order will have “the same basic policy outcome.”

“We categorically reject the false premise of this Executive Order: that refugees fleeing war, poverty, and devastation, or people from the six countries included in the ban are inherently dangerous, or that additional vetting is required for our national security,” said BORDC/DDF Executive Director, Sue Udry, in a statement condemning the order. “This EO, like the previous one, is motivated by bigotry and prejudice and is simply a Muslim Ban designed to promote a narrative that stigmatizes Muslims in the US and across the globe.”

The changes to the EO included provisions to make the implementation smoother, and a slight change to who is affected: