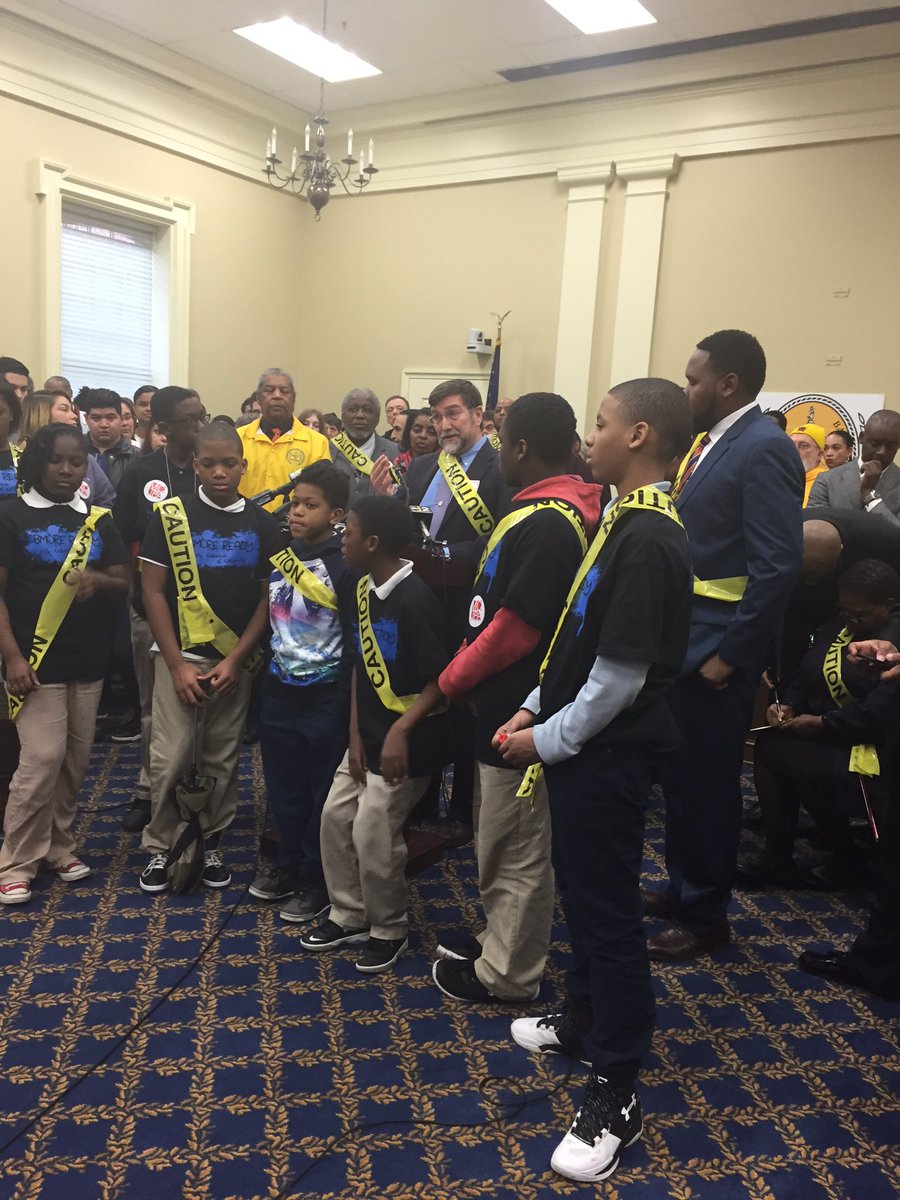 MCCRC’s Thomas Nephew and over a hundred other advocates of police reform descended on Annapolis on Tuesday to press their case for real police reform and against measures like “Recommendation 23” — packing brutality hearing boards with members favorable to the accused — that would set back that cause.

It was a full day of education and advocacy, including a press conference, a hearing on the police reform measures, and meetings with legislators and their aides.

The hashtag for the day was #NoRec23. Activists demanded that any reform package should:

A press conference before the hearing featured advocates bedecked in yellow “Caution” ribbons indicating the strong reservations about that element and others of the House and Senate leadership omnibus police reform bill HB1016 (now crossfiled as Senate bill SB1026).

Larry Stafford (Maryland Coalition for Justice and Police Accountability, MCJPA) led off comments with a remembrance of Marshawn Carroll, a smart, committed young African American Ohio man who had worked with Larry and MCJPA here briefly before returning to Columbus, where he committed suicide earlier this month.  “What has not been reported widely was that before he took his life, he had actually lost a friend to police violence in Ohio. And so recognizing the pain and the trauma that is inflicted on communities across this country when their loved ones lives are lost through police violence, or their freedom is infringed upon because of police misconduct and abuse of their authority, it’s because of that that we’re here today.” Other speakers included:

Read more, and find out how to get involved at the Montgomery County Civil Rights Coalition