Announcing the finalists for the coveted Joseph McCarthy Award for Legislative Excellence and the J. Edgar Hoover Excellence in Law Enforcement Award.

Vote for your favorite! Polls close at 3 p.m. eastern time/ noon pacific. Winners will be announced at 5 p.m. eastern. 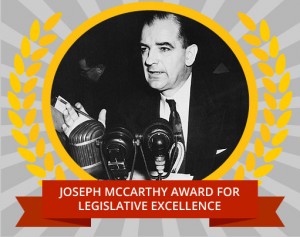 For understanding that the only way to save the Bill of Rights is to destroy it.

With all of the gridlock and partisan infighting, there’s nothing like both parties coming together to try to intimidate students to restore faith in the legislative process! Thirty-five politicians in New York have sent a letter to the City University of New York calling on them to ban Students for Justice in Palestine. It shows a real can-do spirit when these politicians refuse to let a little thing like the First Amendment get in the way of abridging freedom of speech!

2. The State Legislature of North Carolina

All over the country state legislatures are doubling down to pass laws targeting animal rights activists, food safety advocates, journalists, and whistleblowers who for some reason think they have the right to tell the public what big-ag is up to! But the North Carolina State Legislature asked itself, why insulate just one powerful industry from speech it doesn’t like, when you can insulate a whole slew of powerful industries from speech they don’t like? That’s what North Carolina did with its anti-Sunshine law! In addition to clamping down on free speech that may lead to an informed public, the state legislature of North Carolina has also been working on running afoul of the Equal Protection Clause, as well. The state legislature passed a bill protecting discrimination against LGBTQ people, and a law banning sanctuary cities.

In spite of the fact that research is pretty clear there’s no way to identify risk factors to becoming a terrorist, and that political speech is protected by the First Amendment even if the government thinks it’s “extreme,” seven courageous members of the U.S. House of Representation have sponsored a bill that would spend $50 million over five years to establish an “Office of Countering Violent Extremism.” Finally, someone is recognizing that George Orwell’s 1984 was a blueprint for governments to follow! 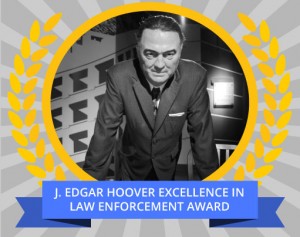 For working tirelessly to make sure no one can take away our democratic values by seeing to it that there are none to loose!

Sure the Supreme Court has made it pretty clear you have a right to leaflet on a public sidewalk, but that didn’t stop “The Rapids” (the city’s transit authority) from threatening to have union member arrested for doing just that. When students stepped up to support the union, police officers visited their homes of student activists to threaten to arrest them. If the police won’t police dissent, who will?

Where does one even start with listing off the NYPD’s many achievements? With their dispersal of Occupy encampments? Or their surveillance of the Black Lives Matter movement? What about their spying on Muslims solely, because of their religion (and across state lines in places like New Jersey)? When it comes to the NYPD there are just so many accomplishments one cannot hope to list them all.

The Results Are In!

The Joseph McCarthy Award for Legislative Excellence goes to the State Legislature of North Carolina, who received a whopping 59% of the Vote.

The J. Edgar Hoover Excellence in Law Enforcement Award goes to the NYPD, with an impressive 57% of the vote.

We can’t say we’re surprised, as both candidates had multiple achievements under their belt:

The NYPD had breaking up Occupy Wall Street, tracking Black Lives Matter protests, Stop and Frisk, and suspicionless surveillance of Muslim populations to boast of.

The State Legislature of North Carolina has not only actively thwarted an informed public with a sweeping anti-whistleblower bill, but also passed anti-LGBTQ, and anti-immigrant bills

Joseph McCarthy and J. Edgar Hoover may be gone, but they have many proteges working to keep their legacy alive. This shows why the rest of us need the Bill of Rights Defense Committee/Defending Dissent Foundation. While we think our April Fools Awards were funny (and we hope you do too!), in all seriousness the fact that there were so many deserving candidates was downright frightening.

We’re part of the movement to defend civil liberties and we know you are too. Please take a moment to support our work. Wouldn’t it be great if we ran out of candidates for ironic McCarthy and Hoover Awards?

And we promise none of your donation will reach the prize winners! 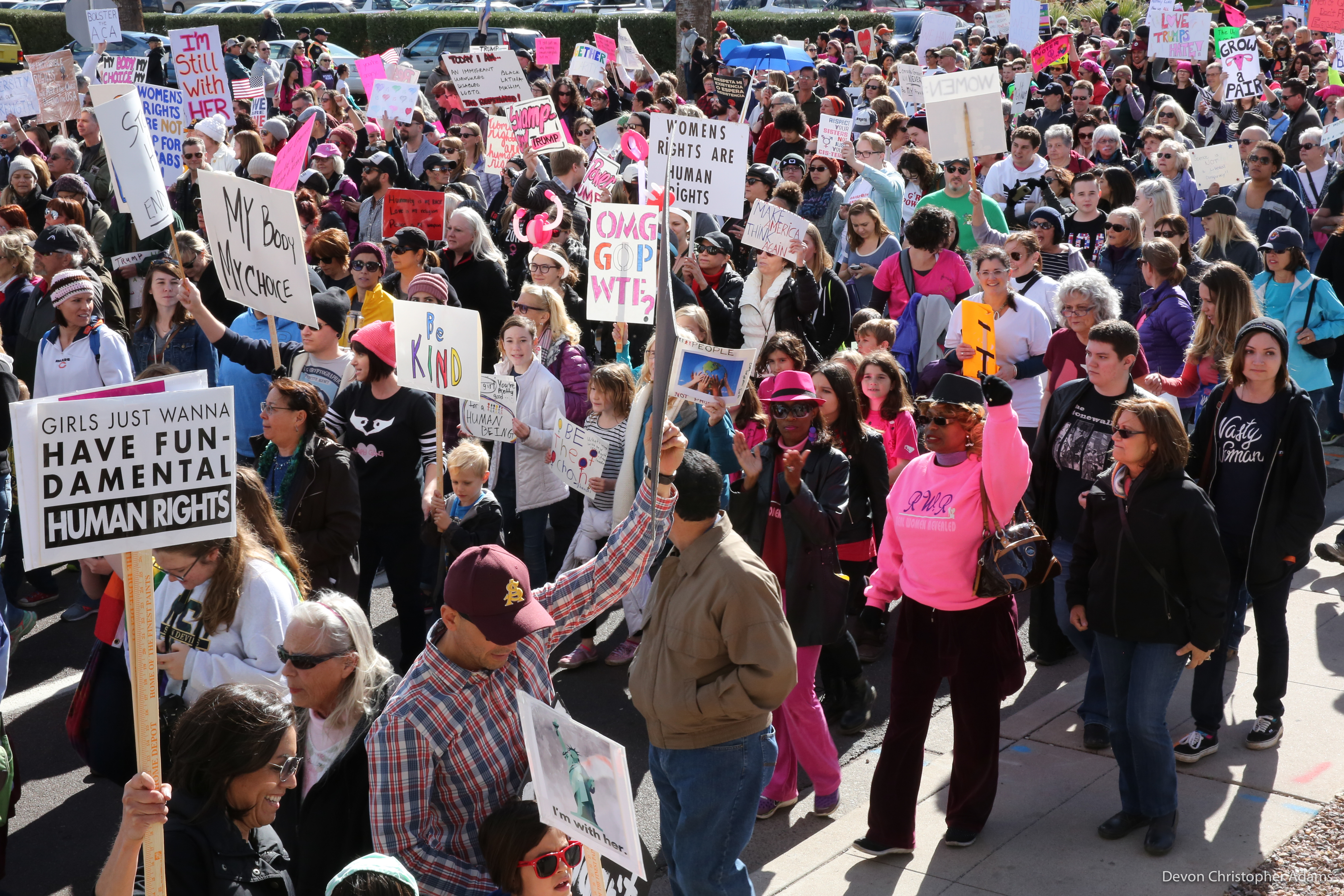