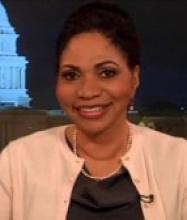 BORDC’s Patriot Award for July 2015 goes to Marsha Coleman-Adebayo. The granddaughter of African-Americans who escaped state-sponsored terrorism in the Deep South, she grew up steeped in activism in the politically tumultuous Detroit of the late 1960s and 1970s. She became a triumphant whistleblower for the Environmental Protection Agency (EPA) in 2000, and now leads the No FEAR Institute, whose motto is “Whistleblowing is our constitutional duty and right.”

From an early age, Marsha was exposed to the civil rights, labor, and anti-war movements and the philosophies of Dr. Martin Luther King, Jr. and Malcolm X. As a freshman in high school, she got up early every morning and volunteered with the Black Panther Party’s Breakfast Program, serving free food to children in poverty-ridden neighborhoods in Detroit and learning about grassroots organizing first-hand. Marsha was active in the Black Student Union in high school and went on to receive a BA degree from Barnard College/Columbia University and a doctorate degree from the Massachusetts Institute of Technology (MIT).

Marsha worked as a professor at American University and as a senior research analyst with the Congressional Black Caucus before beginning her tenure at the EPA in the 1990s. There, she was part of the first generation of African Americans working in international government positions, and it was, in her words, “a huge awakening for white men at the EPA.” These men were accustomed to seeing black women as deferent administrative assistants. To them, a professional, self-confident black woman was just plain “uppity.” This conflict between Marsha and her superiors reached its peak when she served on the Gore-Mbeki Commission during the Clinton administration, while Nelson Mandela was president of South Africa under the African National Congress (ANC).

Marsha discovered that an American company engaged in vanadium mining was responsible for poisoning South African residents with vanadium dust. She informed the EPA, expecting the issue to be addressed immediately, but instead, she was told to “shut up” and look the other way. She was also relieved of her duties with the commission, but not before she had the opportunity to discover another kind of cover-up.

As she wrote in an article published on Truthout, “Although I was the Executive Secretary of the environment committee, EPA—without my knowledge—dispatched a white EPA official to South Africa to consult with former apartheid leaders and to enlist their help in opening markets to the U.S. private sector.” Marsha describes it as a “Trojan horse” ploy, in which she was the Trojan horse. As she explains in the article, “The U.S. was giving lip service to the Mandela government while back channeling support to the old-guard Afrikaner hard-liners.”

This situation created what Marsha calls “a perfect storm,” in which she brought all of her past activist experience to bear in a lawsuit against the EPA based on race, sex, and color discrimination, and a hostile work environment. In 2000, she won that lawsuit. It was one of the largest suits ever filed against the U.S. government, and it led to the passage in 2002 of the Notification and Federal Employee Anti- discrimination and Retaliation (No FEAR) Act, the first civil rights law of the twenty-first century.

Marsha also created the No FEAR Institute, a nonprofit, nonpartisan oversight organization that works to educate and defend federal employees against employer discrimination. She is passionate about the need for whistleblowers and about taking care of their needs, as well. “Whistleblowers,” she says, “get fired. They get sick.” The stress involved in taking a stand, facing opposition, and encountering threats to one’s livelihood and family takes its toll on those brave enough to blow the whistle. During her battle with the EPA, Marsha developed hypertension and endured having her children’s lives threatened. If that sounds like a story in a movie, it should, and Marsha and the No FEAR Institute are trying to produce a feature film based on her experiences.

Marsha’s accomplishments and affiliations are too vast to list here, but we urge you to explore her web site, read her book, and learn more about the No FEAR Institute. “I am one of the few whistleblowers who can claim triumph,” Marsha says. “I’m not in jail or holed up in an embassy.” For that, all of us at BORDC are grateful, and we are proud to acknowledge Marsha Coleman-Adebayo as the recipient of our Patriot Award for July 2015.