We’re not sure if official Cleveland is ready for the Republican National Convention on July 18-21, but activists are laying the groundwork for marches, neighborhood tours and an alternative convention.

The Greater Cleveland Civil and Human Rights Coalition hosted a meeting on February 27 for organizers to discuss plans for the convention, and BORDC/DDF National Field Organizer George Friday was on hand to facilitate and lend her expertise.

Before getting too deep into the planning for the convention,  activists learned about their rights as protesters,  and what to expect, and what to do, should they be arrested, from Michael Nelson (Cleveland NAACP), and Jacqueline Greene (National Lawyers Guild). Ms. Greene explained how Long Range Acoustical Devices (LRADs) have been used at other mass protests in recent years. Cleveland has not yet purchased any LRADs, but with an expected $50 million grant from the feds to pay for amped up security, they might be on the shopping list. 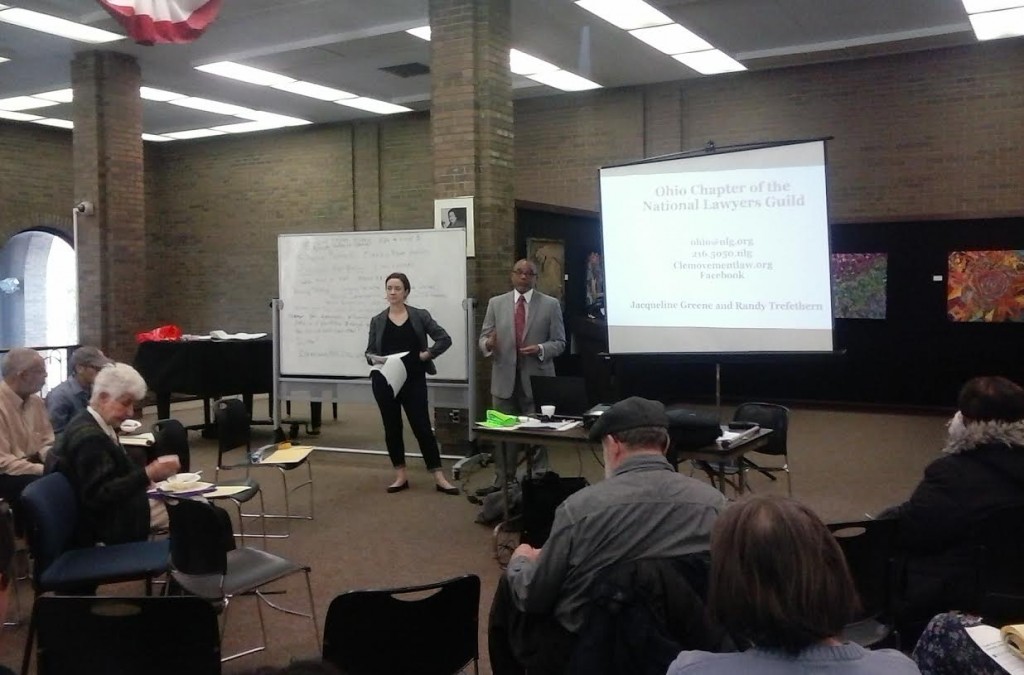 In order to protect people who come to Cleveland to speak out during the convention, the coalition will encourage the Civilian Police Review Board to recommend that police follow the guidelines outlined in the Freedom of Association, Assembly and Speech Act (BORDC/DDF’s model ordinance to protect the right to dissent).

Despite the potential threat of rubber bullets, tear gas, pre-emptive raids and arrests, Cleveland organizers are ready to make their voices heard when the Republicans come to town. This was one of a series of meetings to bring together groups planning different events to coordinate.

Organize Ohio is organizing a march for economic justice to take place on the first day of the convention, more than thirty organizations will participate. The Cleveland Nonviolence Network is planning an alternative people’s peace and justice convention, which will include RNC Tours (Real Neighborhoods of Cleveland). After hearing presentations about each event, the meeting broke into small groups to work on each project.

Cleveland Peace Action will be sponsoring and event with author, activist and legal worker Kris Hermes, “Crashing the Party” on March 21. 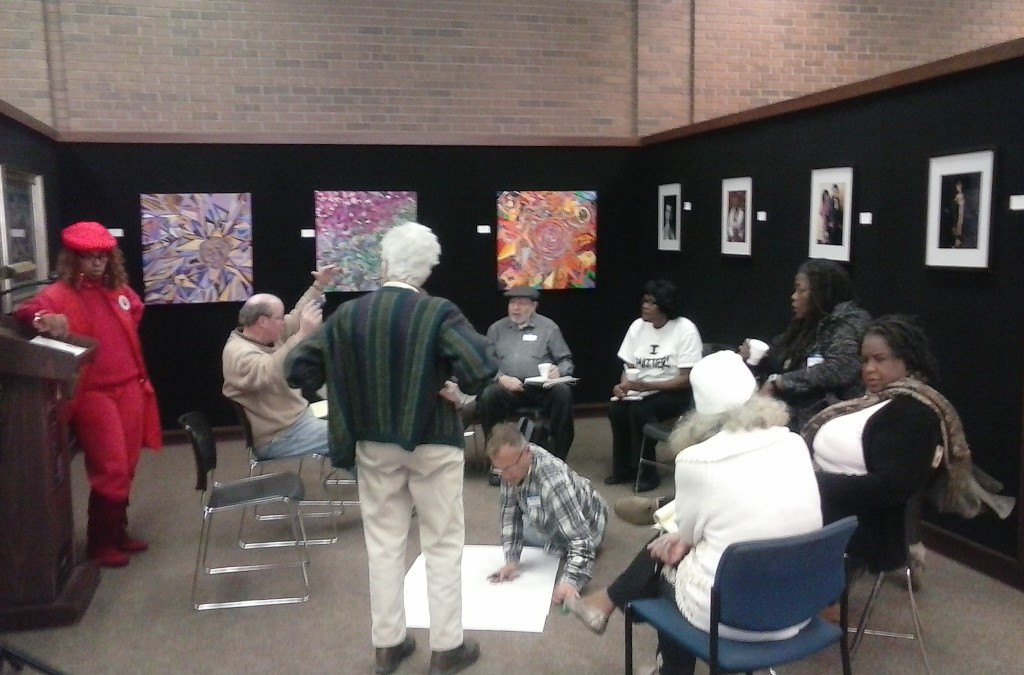 Police militarization exacerbates over-policing of communities of color and suppression of protests.What 1033 doesn't do is, well, anything useful. There is zero evidence 1033 transfers reduce crime.
https://abcnews.go.com/US/providing-police-military-gear-reduce-crime-protect-officers/story?id=74518923

We're talking about the 1033 program because there's a bill in Congress ending it.

Tell your representatives to support the Demilitarizing Local Law Enforcement Act of 2021. Action link below.
https://rightsanddissent.salsalabs.org/endthe1033program