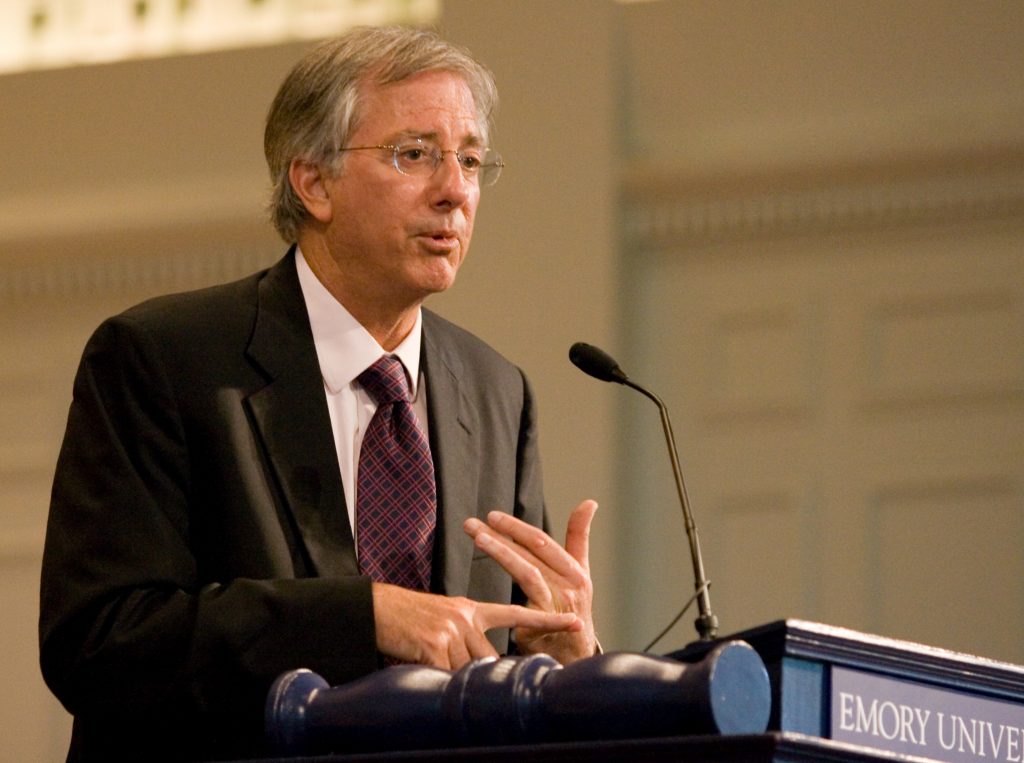 “For someone to be assaulted and then arrested for asking a question, in a public library of all places, is abhorrent. The library should be a place where people of all points of view can feel safe and welcome,” Steve Woolfolk, director of public programing at the Kansas City, MO Public Library told the Dissent NewsWire.

But that is exactly what happened during a question and answer session with former Bush Administration official and current Washington Institute for Near East Policy distinguished fellow Dennis Ross, when a local activist was arrested after asking Ross a question.

“I have spent the last 10 years of my life trying to cultivate that atmosphere through public programming at the library. Library staff should be the final arbiters of what constitutes reasonable discourse at a public event held inside a public library,” Woolfolk explained to the Dissent NewsWire. Yet, when he tried to intervene on the questioner’s behalf, Woolfolk found himself arrested at an event he helped plan.

The Kansas City Public Library is no stranger to hosting events, sometimes with controversial speakers. According to Woolfolk, the library hosts about 12 to 20 events a month and in the past has featured such speakers as Sandra Day O’Connor, Stephen Breyer, Dan Rather, Hal Holbrook, Robert Reich, and David Boaz. While Woolfolk does not like bringing armed security into the library, he notes that the library will make exceptions for talks that are particularly controversial. However, in spite of hosting several controversial speakers in the past or having audience members asking highly incendiary questions, the library has never had a problem. Woolfolk explains that when someone goes on for too long at the microphone, he merely politely reminds them that there are many others waiting for a chance to ask a question, a tactic he says has worked successfully in the past.

On May 9, 2016, the Kansas City Public Library hosted an event entitled “Truman and Israel,” featuring Ross, and sponsored  by the library, the Truman Library Foundation, and the Jewish Community Foundation (JCF) of Greater Kansas City. Given that there had been a shooting at the Jewish Community Center in Kansas City several years back, the library agreed to allow off-duty police to be on the scene. However, the library set two conditions. First, nobody could be forcibly removed for asking an unpopular question. Second, nobody could be removed at all without consulting with the library staff, who would only allow an individual to be removed if staff concluded they were an imminent threat. In addition to the off-duty police officers, private security guards associated with the JCF were also present. In spite of these precautions, a local peace activist, Jeremy Rothe-Kushel, was removed. When Woolfolk tried to sort things out he was arrested.

According to Rothe-Kushe, he believes he was singled out due to his outspoken activism as soon as he had arrived at the event. Rothe-Kushel, who had RSVP’ed in advance, alleges that security subjected him and an associate to more rigorous security protocols, including a search of his bag, that the other hundreds of attendees were not made to endure.

After Ross’s presentation, the floor was opened to the audience for questions. Woolfolk stood just off-stage, in case there was any question about removing someone. Rothe-Kushel was first in line and managed to ask Ross a question. After Ross answered, Rothe-Kushel, who was still standing at the microphone at this time, attempted to offer his own response to Ross. A private security guard grabbed Rothe-Kushel, who asked the guard not to touch him, before being grabbed more aggressively. At this point, one of the off-duty police officers came over, and according to Woolfolk three different individuals were grabbing Rothe-Kushel. Woolfolk walked over, and with his hands at his sides, stood between the security detail and Rothe-Kushel. He told the security detail that he was director of programming for the library and that Rothe-Kushel had indicated that the would leave voluntarily if asked to. The security detail let go of Rothe-Kushel and he left.

Woolfolk, from past experiences with off duty police, knew that the only thing they could arrest Rothe-Kushel for was trespassing. Woolfolk wanted to make clear that this was a public event at a public library and thus Rothe-Kushel was not trespassing. He went to find his supervisor, but before he could do so Woolfolk says an off-duty and out of uniform police officer grabbed him from behind and threw him against a pillar. Per Woolfolk, the officer never announced who he was or told Woolfolk he was under arrest, but just kept telling him to “stop resisting.” As Woolfolk told the Dissent NewsWire, he informed the officer, “I’d be happy to do whatever he wanted, and that all I was resisting was the urge to fall face first onto the floor.”  According to Woolfolk, a second police officer, this one in uniform, delivered several blows to Woolfolk’s knee, causing him to be diagnosed with grade 1 torn MCL. Eventually he was thrown over a chair and handcuffed. When he asked what he was being arrested for, the officer told him he didn’t know.

Woolfolk stands charged with interfering with the arrest of Rothe-Kushel. Rothe-Kushel, like Woolfolk feared, was charged with trespassing and resisting arrest. “Nobody, be it an individual or an agent of the state, should be able to take it upon themselves to silence a point of view simply because they disagree,” Woolfolk informed the Dissent NewsWire. Yet, it would appear that not only is that exactly what happened, but a librarian who tried to make sure that a public library remained a public forum was arrested, as well.

The Kansas City Public Library continues to work through the aftermath of an incident near the end of its May 9, 2016, event featuring longtime Middle East envoy Dennis Ross, which resulted in the arrest of two people including a Library manager by off-duty police.

The episode at the Library’s Plaza Branch arose from a question to Ross, posed by a local activist during the evening’s question-and-answer session. The reaction by members of an outside security detail, who immediately accosted the questioner, was improper and an infringement on free speech, Library Director Crosby Kemper maintains. And he says the ensuing arrests were unwarranted.

“The Library strives to be a place where people of all points of view can feel safe, welcome, and free to express themselves in an appropriate way,” Kemper says. “And so this incident deeply troubles us.”

The off-duty officers were part of a small, private security squad arranged by the Jewish Community Foundation of Greater Kansas City, one of the Library’s partners in the event. That was to supplement standard Library security. The activist, Jeremy Rothe-Kushel, was first to the microphone when Ross’ presentation turned to Q&A, and his question inferred that the U.S. and Israel have engaged in state-sponsored terrorism. Ross responded and, when Rothe-Kushel attempted to follow up, he was grabbed by one of the private security guards and then by others in the private security detail. Steven Woolfolk, the Library’s director of programming and marketing, attempted to intervene, noting that public discourse is accepted and encouraged at a public event held in a public library.

Rothe-Kushel was subsequently arrested for trespassing and resisting arrest. Woolfolk was charged with interfering with his arrest. Their cases are pending.

Kemper termed the response of private security and police “an egregious violation of First Amendment rights.

“The First Amendment’s protection of the rights of free speech and assembly is cherished by all Americans but particularly by libraries and their patrons,” he says. “An overzealous off-duty police officer violated the rights of one of our patrons at Ambassador Ross’ talk in the Library and doubled down by arresting Steve Woolfolk, who was trying to explain the Library’s rules to the officer.

“In defense of the freedom of speech, the Library stands fully in support of Steve.”

Correction (9/30/16) An earlier version of this story said Dennis Ross was a fellow at the The American Israel Public Affairs Committee. He is a fellow at the Washington Institute for Near East Policy