Coalition to Congress: Uphold Section 504 of the National Security Act. In other words, don’t let intelligence agencies move money around behind Congress’ back.

In Victory for the Right to Boycott, Judge Issues Preliminary Injunction Against Kansas Anti-BDS Law 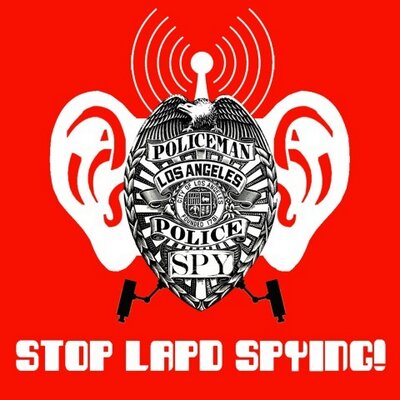 Following are a few highlights from Saturday’s retreat:

— Collective learning process. We all shared our experiences and knowledge to collectively come up with the historical context for CVE and how it fits into the larger apparatus of state violence and surveillance, and particularly its impact on Black and Brown youth

— We formed working groups, such as the popular education group who will be making materials to help our communities understand CVE and its role in history and the current political landscape, which then helps guide our fight against it

— We analyzed the current political landscape of the historical criminalization of youth, the stalker state and its violent manifestations, the state’s language of Black Identity Extremist, and the community organizing against similar programs, as well as the harmful impact reformist approaches have had on grassroots movements

— Group of people from different communities directly impacted by state violence. From this retreat, folks expressed the need to form a coalition here in LA to fight CVE and connect it to all of our fights for human rights.

Similar programs in United Kingdom such as Prevent Duty have targeted students and immigrant families from certain backgrounds with devastating effect on youth and their communities.  Furthermore these programs have turned educators into mandatory reporters of any activity deemed “suspicious” by the government.

There is a long history in the United States of demonizing youth of color. The war on drugs, war on crime and the war on gangs has led to mass incarceration and destruction of young lives. Now the war on terror has unleashed programs with new names with same destructive consequences.  We look forward to your participation.

Next Meeting will be held on Tuesday February 13th at 6 PM at LA CAN 838 E. 6th St., LA 90021
Contact stoplapdspying@gmail.com for more info