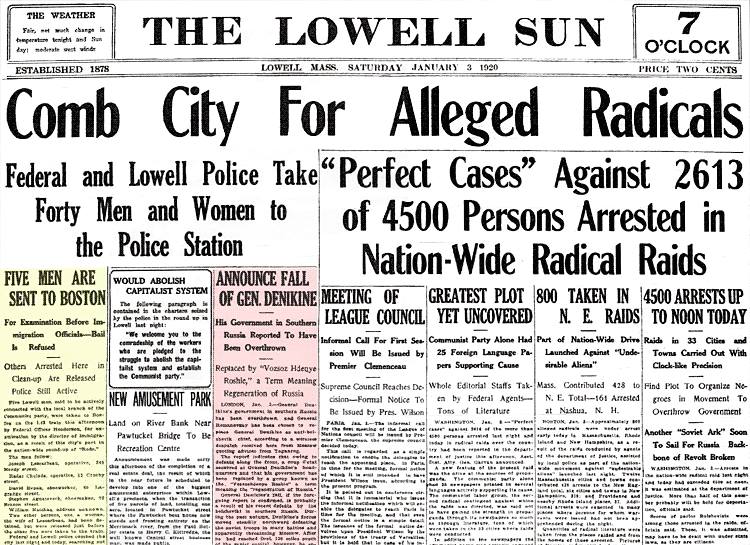 This May 20-22 Left Forum, an annual event that is thought to be the largest gathering of the North American left, will be held at John Jay University. The Bill of Rights Defense Committee/Defending Dissent Foundation is sponsoring a panel at this year’s Left Forum, From Red Squads To Counterterrorism: Keeping the U.S. Safe FROM Democracy.

The panel focuses on the long history of political repression in the U.S. It will explore how while earlier programs like local Red Squads or the FBI’s COINTELPRO were explicit in their political policing, in spite of reforms political policing is still carried out under other law enforcement authorities, often times “Counterterrorism authorities.”

The panel will feature a talk by BORDC/DDF’s beloved legal fellow, Chip Gibbons which highlights this history. Longtime BORDC/DDF friend and ally, the brilliant Dr. Maha Hilal, Executive Director of the National Coalition to Protect Civil Freedoms, will discuss state and federal law enforcement targeting of the Muslim community under the guise of the “War on Terrorism.” Another longtime BORDC/DDF friend and ally and recent Patriot Award winner Kris Hermes will join the panel for a discussion of the Handschu Consent Decree.

The Handschu Consent Decree came out of a case against the New York Police Department’s “Red Squad” and limited some of the NYPD’s powers to engage in investigation of political activity. After 9/11, these guidelines were amended at the NYPD’s request–on the basis that they did allow them to adequately conduct counterterrorism operations. Unsurprisingly, the NYPD abused its authorities and engaged in political spying, as well as spying targeting the Muslim community. As a result, a new version of the Handschu Consent Decree is being considered.

If you are in New York City this Saturday, we hope you will join us for this panel. Please feel to RSVP on Facebook or see below for the full information.

From Red Squads to Counterterrorism: Keeping the U.S. Safe FROM Democracy

In 1877, following the Haymarket Massacre the Chicago police formed a “red squad” to investigate radical political groups. This trend soon continued nationwide and in the early 20th Century the Justice Department even opened up a Radical Division–headed by J. Edgar Hoover. As the Radical Division eventually became the Federal Bureau of Investigation (FBI), the FBI made it a central part of their mission to surveil, disrupt, and neutralize “radical and subversive” groups.

Following the mass movements of the 1960s and 1970s, the political police were put on the defensive. The FBI, as well as many local police departments, claimed to have been reformed and insisted they would no longer investigate free speech, but crime. Yet, as soon as these “reforms” were implemented, the FBI, along with local law enforcement, began using counterterrorism authorities to investigate peace groups, racial justice groups, and economic justice groups–in other words the same old targets.

This panel will trace the history of the FBI, as the political police, as well as look at how in spite of claims of “reform” the FBI continues to carry on the same political investigations just using different powers. It will also examine recent cases of spying by the FBI and local law enforcement.

Chip Gibbons is the Defending Dissent Legal Fellow. He heads the Activism Is Not Terrorism Campaign, which seeks to protect activists’ First Amendment rights with an emphasis on the use of “anti-terrorism” policy to silence dissent. In addition to working at BORDC/DDF, he is a freelance writer whose work has appeared on Truthout and Counterpunch.

Dr. Maha Hilal is the Executive Director of the National Coalition to Protect Civil Freedoms, an organization dedicated to addressing civil and human rights abuses related to preemptive prosecutions and thoughts crimes in the War on Terror. She is also an Adjunct Professor at George Mason University, where she teaches classes on Muslims and Muslim American responses to the War on Terror.

Kris Hermes is an activist and author of Crashing the Party: Legacies and Lessons from the RNC 2000 who for years has provided legal support for political dissidents.