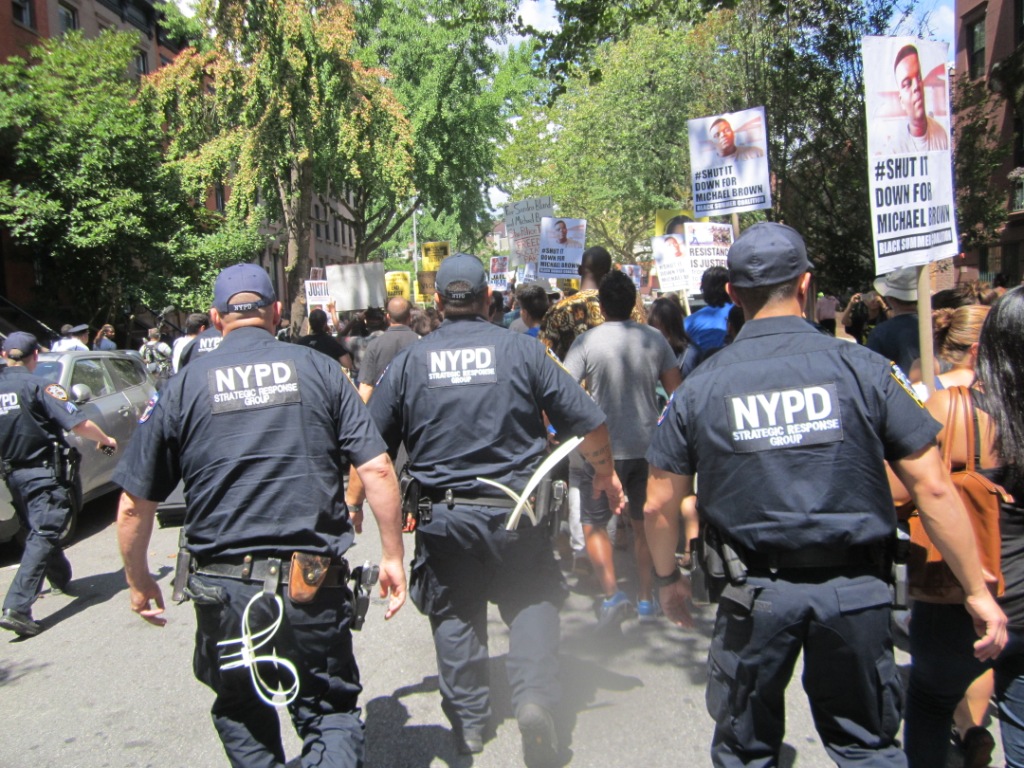 A national coalition of 41 civil rights and community-based organizations, including DRAD, sent a letter yesterday calling on New York City Council Speaker Corey Johnson to call for a vote on the Public Oversight of Surveillance Technology (POST) Act.  In the letter, the groups noted that recent NYPD abuses made the surveillance oversight legislation more urgent than ever:

This legislation, which was needed prior to the COVID-19 crisis, has become only more vital during this pandemic. The legislation would give New Yorkers long-overdue civilian oversight of NYPD surveillance, while remaining one of the most modest oversight reform bills in the country. After more than three years of waiting, the time for reform has come, and we urge you to join the vast majority of your colleagues, the Public Advocate, and the New York Times in supporting this bill.

As New York expands our use of contact tracing to curb COVID-19, public trust has never been more important. If New Yorkers are fearful of how contact tracing data will be misused by police, many will refuse to cooperate with testing, tracking, or treatment. This concern is particularly acute for New York City’s overpoliced communities of color and immigrant communities who fear that contact tracing data may be shared with law enforcement or even ICE. This concern is hardly abstract, as the NYPD has already turned to drones, CCTV, and possibly even cellphone data to track social distance compliance.

“The COVID-19 crisis only increases the need for NYPD oversight,” said Surveillance Technology Oversight Project Executive Director Albert Fox Cahn. “For years, the NYPD expanded facial recognition and other invasive surveillance without any civilian review. Many of these disturbing tools are now being used to criminalize lack of social distance in the communities of color. The POST Act simply requires the NYPD to do what every single other city agency does: show the public how its spending its money. Without privacy safeguards, NYPD information will continue flow to federal agencies, undermining our promise to be a ‘sanctuary city.’”

“Too often, the only meaningful checks on the NYPD’s ability to target and surveil New Yorkers have come after incidents where harm has already been inflicted, often against communities of color,” saidNew York Civil Liberties Union Lead Policy Counsel Michael Sisitsky. “That is due to a lack of any meaningful oversight mechanisms that could identify or preempt such harms before they occur. Transparency and fully-informed conversations about police surveillance increase public trust, and right now that’s essential to building public health infrastructure that will save lives.”

The POST Act was previously endorsed by the Progressive Caucus and Black, Latino/a, and Asian Caucus. Additionally, 32 City Council members and the New York City Public Advocate, Jumaane Williams, are co-sponsors of the bill. Speaker Johnson originally co-sponsored the POST Act in 2017, but the bill expired at the end of the City Council session, and he has largely remained silent on the bill since it was reintroduced in 2018.

The POST Act is part of a nation-wide effort to fight the growth of police surveillance technology. But unlike cities like Oakland and San Francisco, which require local legislators to approve each and every surveillance system their municipality buys, the POST Act only requires the NYPD to give the public notice about what systems it uses and how information is shared. Additionally, the NYPD would have to undergo an annual privacy audit by the Office of the Inspector General for the NYPD.