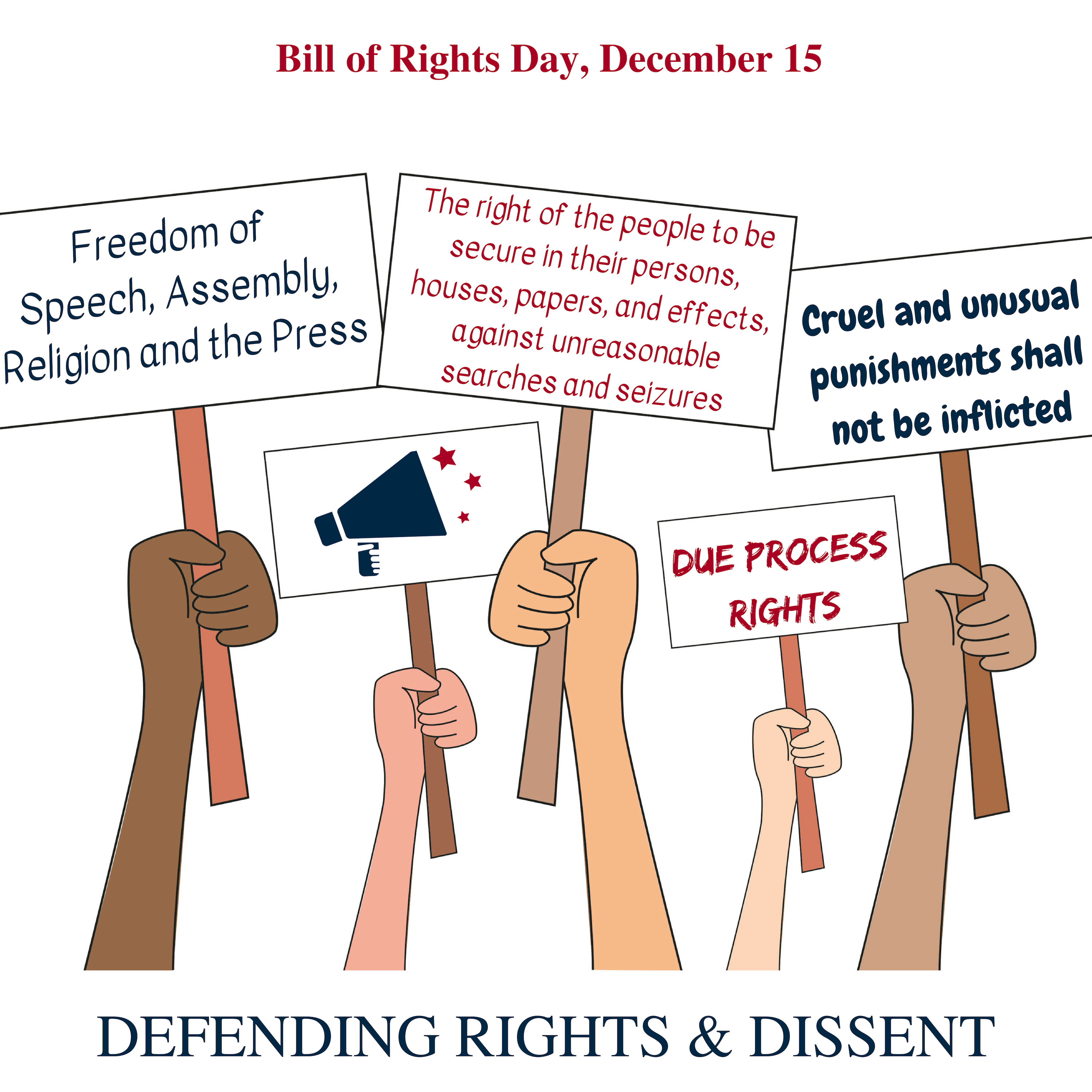 To celebrate Bill of Rights Day today, I’d like to reflect on our tremendous legacy from the days we called ourselves the Bill of Rights Defense Committee, and the groundbreaking work the organization did (long before I came onto the scene).

I love the way Nat Hentoff wrote about BORDC in the Village Voice. He referred to our founding mother, Nancy Talanian, as a modern-day Paul Revere. He compared the “teachers, retirees, lawyers, doctors, students, and nurses” who came together to launch the Bill of Rights Defense Committee in Northampton, Massachusetts in 2001 to the Sons of Liberty. He contrasted their courage with the cowardice of a Congress that rushed to pass the PATRIOT Act and strip us of our liberty.  And when Northampton passed the first-in-the-nation resolution to defend the Bill of Rights in 2002, Hentoff called it “a new American Revolution.”

Maybe not a revolution. But we did help build a movement to defend our rights.

Since that first Northampton resolution, over 400 towns, cities, and eight states have passed similar resolutions.

We’ve helped pass local laws against surveillance, profiling, and government secrecy, and stopped other laws that restrict our liberty and rights.

We’ve had other victories over the years, in the states and in Congress. For a brief shining moment in 2015, we even forced one of the worst provisions of the PATRIOT Act to sunset.

I am honored to follow in Nancy’s footsteps, and I invite you to join me in celebrating BORDC’s legacy by making a contribution on Bill of Rights Day.

There is still so much work to be done, and the outlook may seem particularly dark right now, but, as Nat Hentoff pointed out, “all through our history, dissent and resistance have beaten back the darkness.”