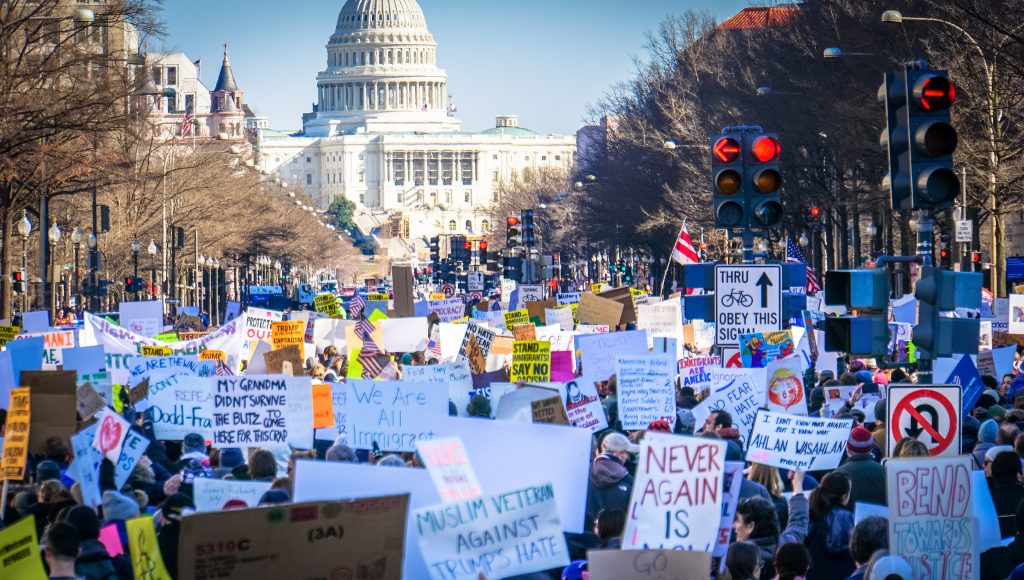 More than two years after it was enacted, the US House of Representatives is finally holding a hearing on the impact of the Muslim Ban. The hearing, “Oversight of the Trump Administration’s Muslim Ban,” will be a joint hearing of the Committee on the Judiciary’s Subcommittee on Immigration and Citizenship and the Committee on Foreign Affairs’ Subcommittee on Oversight and Investigations. It will convene at 10 a.m on Tuesday, September 24.

One item on the agenda will be the NO BAN Act (H.R. 2214/S. 1123), a bill introduced by Rep. Judy Chu (D-CA) and Sen. Chris Coons (D-DE) that would immediately end the Muslim Ban and establish safeguards to prevent future presidents from enacting a similar ban again.

DRAD has categorically condemned the ban, and joined with advocates to support the NO BAN Act. In April, almost 400 organizations sent a letter to Congress urging them to pass the NO BAN Act.

Join us in asking Congress to pass the NO BAN Act. Send an email to your Representative!

We know that Trump cited fake terror plots to justify this ban (after his first attempt was overruled). And that the ban has had an impact on people in the US. Muslim Advocates has collected 100 stories of those impacts here.