Injustice: The Story of the Holy Land Foundation Five

In Victory for the Right to Boycott, Judge Issues Preliminary Injunction Against Kansas Anti-BDS Law

Injustice: The Story of the Holy Land Foundation Five 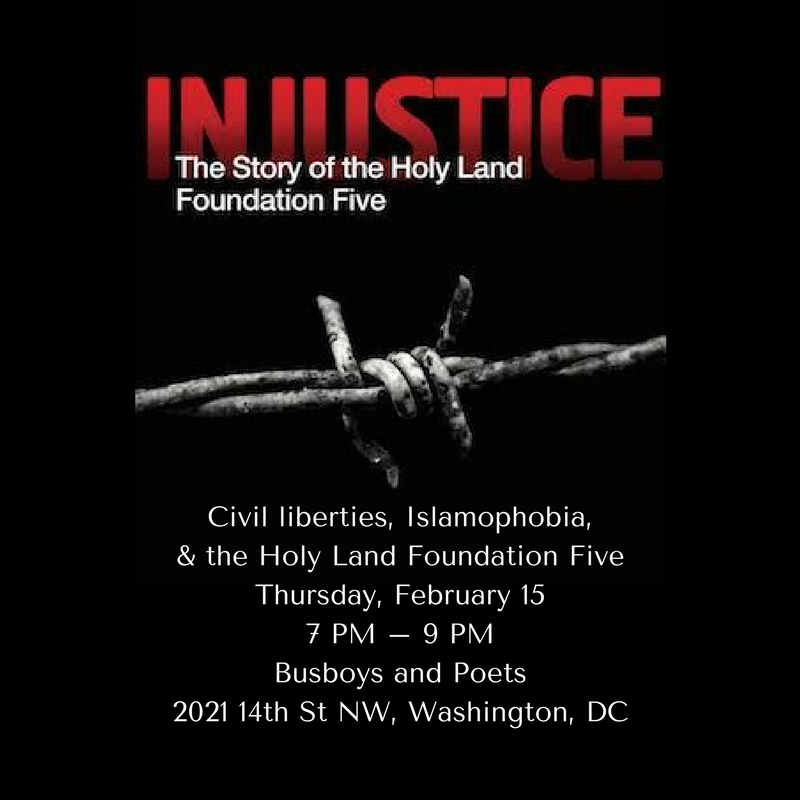 Join us as author Miko Peled traces the labyrinthine course of the case of the Holy Land Foundation Five, presenting a terrifying picture of governmental over-reach in post-9/11 America. A discussion with Laila Al-Arian and a Q&A will follow.

The Holy Land Foundation was the largest Muslim charity in the nation until it was shuttered by the federal government in Dec. 2001. Five leaders of the HLF were subsequently arrested. Their first trial ended in a hung jury. They were convicted in a second trial marred by highly questionable procedures in which anonymous Israeli informants were allowed to give uncontested testimony in gross violation of basic Sixth Amendment protections. The five were given very lengthy sentences—for “supporting terrorism” by donating to charities in Palestine that the U.S. government itself and other respected international agencies had long worked with.

The five men, now all well over 50 years old, are serving multi-decade sentences in some of the US penal system’s worst longterm prisons. Peled traveled to those prisons to interview the men. Those interviews along with interviews with the lawyers and family members form the basis of his powerful new book, Injustice: The Story of the Holy Land Foundation Five.

Endorsements for the book:

“Miko Peled shines a light on one of the most egregious cases of injustice committed to date against Muslim leaders in the United States. …an ominous and important warning about the degradation of the rule of law and civil liberties that increasingly characterizes American society.”
–Chris Hedges, Pulitzer prize-winning journalist and former Middle East Bureau Chief for The New York Times

“Miko Peled has written a moving and compelling story of the men ensnared by the government’s prosecution of what was once the largest Muslim charity in the United States. In so doing, he reveals the cost to the Holy Land 5 and their families in clear, human terms that should challenge many of the cultural misconceptions that have gone into fighting a ‘war on terror.’ Additionally, Peled shows the sheer negative impact that alleging terrorist links can have on the law, twisting basic principles of due process and constitutional protections beyond recognition.”
–Wadie Said, author of “Crimes of Terror: The Legal and Political Implications of Federal Terrorism Prosecutions”