Here We Go Again: Politicians and Pundits Seek to Destroy the Bill of Rights In Order To Save It 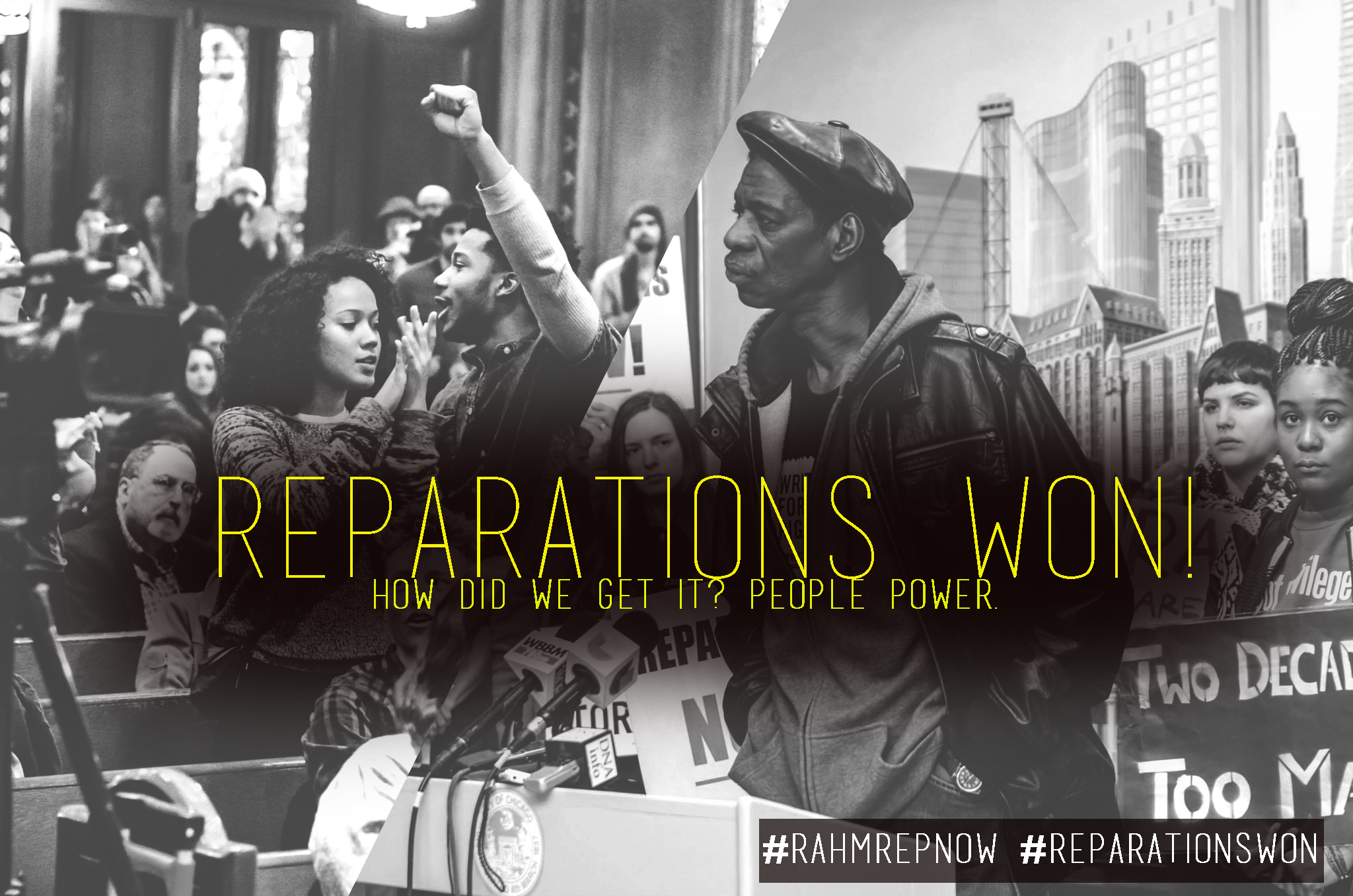 BORDC/DDF is pleased to share this release from Chicago Torture Justice Memorials announcing the long-awaited reparations process for survivors of police torture in Chicago:

Today the City of Chicago began the process of disbursing financial reparations in the Burge torture cases. 57 living survivors of police torture perpetuated by those working at the behest of disgraced former Commander Jon Burge were recipients. The payment fulfills a critical component of the historic reparations ordinance passed by the Chicago City Council last May. As members of Chicago Torture Justice Memorials (CTJM), we herald these reparations payments as part of a decades-long struggle for justice in the Chicago police torture cases, and honor the 57 survivors who deserve so much more.

In the midst of a major political crisis in our city, we must understand this development in the context of our times.

Most importantly, the reparations package was the product of decades of organizing, litigation, and investigative journalism, and was, inspired by the dedication of the survivors themselves, the culmination of a campaign in the winter and spring by CTJM, Amnesty International USA, Project NIA and We Charge Genocide. The rise of the Black Lives Matter movement nationally was the critical context for our success. City leaders faced extraordinary local, national and international pressure to support the reparations ordinance: forty-six organizations endorsed the ordinance; the U.N. Committee Against Torture specifically called on the U.S. Government to support the passage of the first-of-its-kind legislation; many hundreds of Chicagoans attended demonstrations, rallies, sing-ins and citywide teach-ins; and tens of thousands signed petitions to urge the mayor and City Council to support the ordinance.

While the Reparations Ordinance was drafted to provide redress to the approximately 125 Black people tortured by Burge and his subordinates from 1972 through 1991, and was inspired by the extraordinary groundwork done by Attorney Stan Willis and Black People Against Police Torture, it also spoke to a national crisis. “This holistic model should serve as a blueprint for how cities around the country, from Ferguson to Baltimore, can respond to systemic racist police brutality,” said Joey Mogul, a co-founder of Chicago Torture Justice Memorials, partner at the People’s Law Office and drafter of the original reparations ordinance.

Since passage of the ordinance, we have seen a steady stream of protests, vigils, disruptions, and occupations—fueled largely by social media and cell phone videos—targeting racist police violence locally and nationally. In Chicago the police killing of Laquan McDonald, which some have referred to as an “execution,” sparked sustained protests, leading to the firing of the police superintendent and head of IPRA (Independent Police Review Authority) and the opening of an investigation of Chicago police practices by the U. S. Department of Justice. Even more recently, the police killings of Bettie Jones and Quintonio Legrier have created a renewed crisis in the city and an intensification of struggle.

Newly released data from the Citizens Police Data Project shows that 99% of tens of thousands of complaints against CPD officers from 2011-2015 led to no punishment or sanction. This culture of impunity, racism and violence clearly goes beyond a “few bad apples,” and suggests the multigenerational span of this crisis of police violence in Chicago. Jason Van Dyke, indicted for murdering Laquan McDonald, had 18 civilian complaints filed against him, including allegations of using excessive force and racial slurs. He, like Jon Burge before him, was encouraged rather than punished.

Moreover, the trauma for survivors continues. As Burge torture survivor, Anthony Holmes stated in his court testimony in 2011: “I can’t ever shake it. I still have nightmares, not as bad as they were, but I still have them. I wake up in a cold sweat. I still fear that I am going to go back to jail for this again. I see myself falling in a deep hole and no one helping me to get out.” Each time a new video surfaces of CPD murdering Black Chicagoans, the cycle of trauma is sustained.

In response to the very important question of whether torture reparations alone can bring healing to a city beset with a torrent of recent revelations of police, prosecutorial and judicial misconduct Alice Kim, activist and a CTJM leader said: “This is forty four years after the first known instance of Burge torture. The criminal justice system failed those who were tortured by Burge and for too long Burge torture was denied and covered up. No amount of financial compensation can make up for what the survivors suffered but we sought tangible redress that could make a meaningful difference in their lives.”

Flint Taylor, a founding member of the People’s Law Office and who, with his law partner and CTJM co-founder Joey Mogul have acted as lawyers for CTJM said: “Reparations, although an historic accomplishment that recognizes that racist violence by the police is not a recent phenomenon, but rather spans many decades, cannot heal the City without fundamental systemic changes within the Chicago police department, the Cook County State’s Attorneys’ Office and the Cook County Criminal Justice system.”

Darrell Cannon, a Burge torture survivor and one of the main spokespersons for the Reparations campaign said: “Reparations is only the first step to healing the City. We still have a long way to go. No one should forget that torture under Jon Burge took place with the knowledge and complicity of former Mayor Daley and former States Attorney Devine.”

The Reparations Ordinance provides a package of services, education and resources, and CTJM is working with appropriate partners to implement these important measures. Torture survivors and other victims of police violence have the right to financial compensation and other forms of redress to repair the harm done to them and their communities. But it is also clear that multi-million dollar settlements have not led the City of Chicago to halt the long reign of police abuse; significant changes in police practices are long overdue. It is truly unconscionable that 40% of the city budget is allocated to the Chicago Police Department, while schools and mental health clinics are closed.

Hence, CTJM joins other organizations and leaders in calling for a transformation of governance in this city and a re-thinking of the best way to achieve public safety.