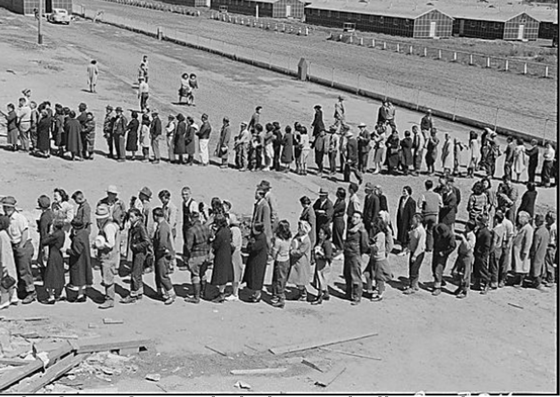 Senator Mazie K. Hirono has introduced a resolution honoring Fred Korematsu, who challenged the internment of Japanese Americans, for his work and advocacy of the civil rights and liberties of all people, and denouncing President Donald Trump’s executive order establishing a Muslim ban. BORDC/DDF applauds Senator Hirono and supports the resolution.

“In the face of overwhelming prejudice and adversity, Fred Korematsu stood up for the civil rights of 120,000 Japanese Americans, then spent the rest of his life fighting for justice,” said Senator Hirono. “Today, Fred’s work is more relevant than ever. We will not stand by as President Trump repeats the discrimination and hysteria directed at minorities and immigrants throughout our history.”

Take Action: Ask your Senator to co-sponsor the resolution

“President Trump’s step-by-step measures to demonize Muslims and push out or detain American citizens and lawful residents on the basis of religion and race are fundamentally flawed, un-American, and extract a human toll unconscionable in our modern pluralistic democracy,” said Daniel Schuman, policy director at Demand for Progress. “Sen. Hirono’s efforts to honor civil rights hero Fred Korematsu and remind Pres. Trump of our past mistake during WWII to categorically detain and remove Americans and residents of Japanese ancestry from the West Coast to concentration camps in the middle of the country–a mistake for which the U.S. government eventually apologized–are laudable and provided a lesson on actions we should avoid repeating. The courage of Fred Korematsu in placing himself in counter-balance to an invidious policy, and his eventual triumph, reminds all of us that our actions have consequence and will be weighed in the courts of history.”

The resolution also establishes January 30, 2017 as “Fred Korematsu Day of Civil Liberties and the Constitution.”

In 1942, at the age of 23, Fred Korematsu was arrested for refusing to enter the internment camps for Japanese Americans. After his arrest, he appealed his case all the way to the Supreme Court, which upheld Executive Order 9066 based on military necessity. After 40 years, on November 10, 1983, Korematsu’s criminal conviction was overturned in a federal court in San Francisco. Korematsu remained a civil rights advocate throughout his life and received the Presidential Medal of Freedom, the nation’s highest civilian honor, from President Bill Clinton in 1998. He passed away on March 30, 2005 at the age of 86.