Haspel Refuses to Say Whether Torture is “Immoral.” Senate Should Reject Her Nomination.

Your Right to Protest is Under Attack

Haspel Refuses to Say Whether Torture is “Immoral.” Senate Should Reject Her Nomination. 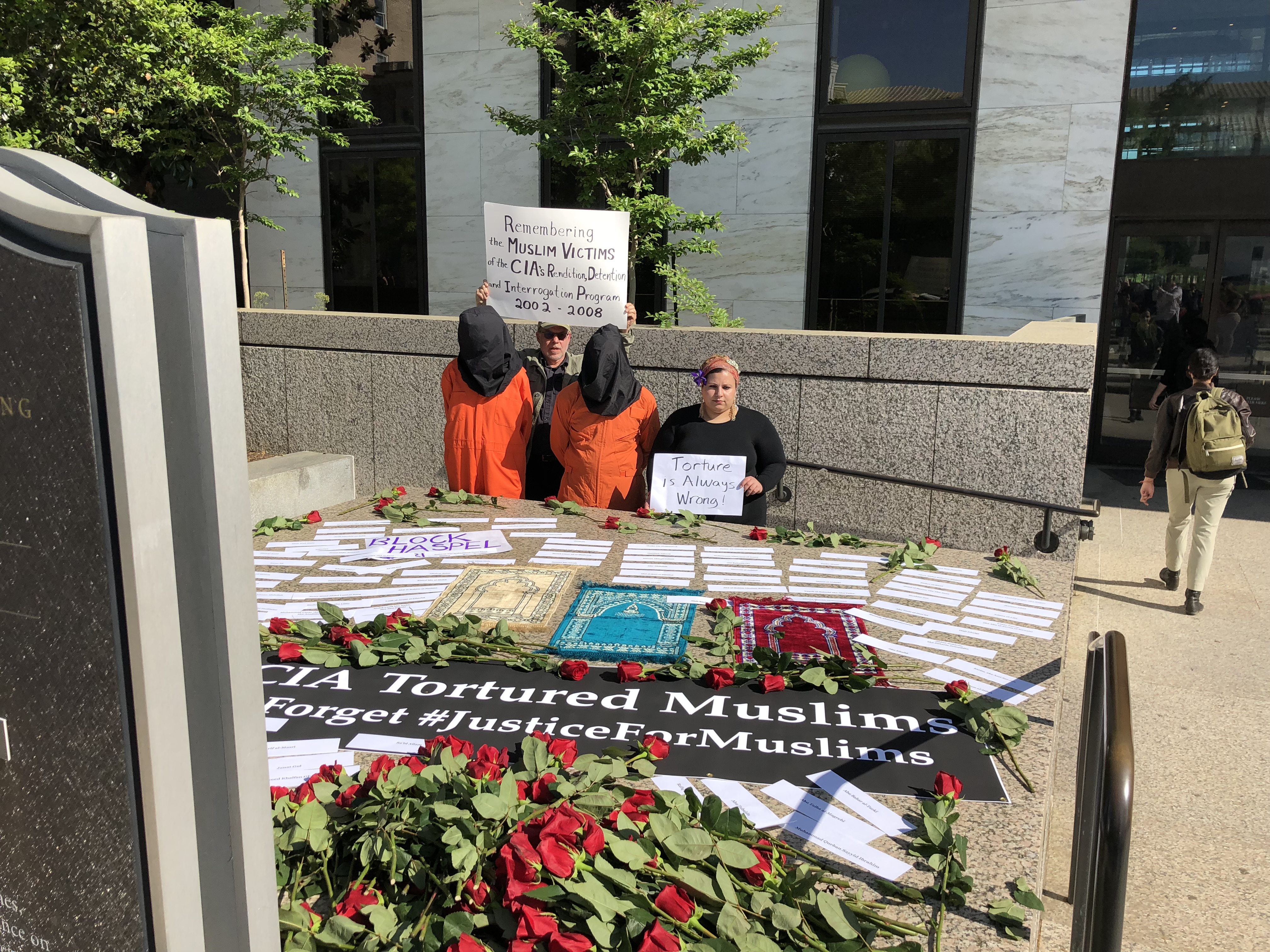 Protest in front of the Senate Office Building where Gina Haspel's nomination hearing was held.

Gina Haspel, Trump’s nominee to head the CIA, appeared before the Senate Intelligence Committee today. Prior to the hearing, Defending Rights & Dissent joined with a number of allied organizations to stage a protest demanding that Haspel face prosecution not promotion. While we do not know what was said during the closed session, nothing was said during the open session that would change our mind. Haspel’s evasive answers, such as when she refused to state torture was immoral or that she would refuse an order from President Donald Trump to waterboard a detainee, disqualify her from being CIA head.

Sen. Ron Wyden correctly criticized the hearing by noting that the CIA got to determine what information was available to the American people. Given that Haspel spent the bulk of her career in covert operations, most information about her is classified. The CIA, which has engaged in an unprecedented propaganda offensive in order to secure her nomination, has been selectively releasing information that casts her in the most favorable light. With Haspel currently as acting director of CIA, she is now responsible for declassifying information about herself, a serious conflict of interest.

We know that that Haspel was involved in overseeing torture, that she supervised a CIA black site in Thailand, and drafted the cable that led to the destruction of the CIA torture tapes. While Haspel should not be confirmed given this record, it is completely unconscionable for the Senate to even consider voting on Hapsel without information about her role in the torture program being made public.

A public confirmation is supposed to be a chance to exercise oversight, but Haspel was continuously vague and evasive throughout the hearing. She was asked by Sen. Kamala Harris (D-CA) whether she thought the CIA’s previous interrogation tactics (i.e. torture) were immoral and repeatedly refused to answer. Similarly, when Sen. Susan Collins (R-ME) asked Haspel if she would waterboard a detainee if Trump ordered it, Haspel merely responded that she didn’t think Trump would ask her to do that. Trump, of course, promised on the campaign trail to waterboard and do far worse to suspected terrorists. Trump has made it very clear what he thinks of torture and has now appointed someone who had an operational role in the torture program to head the CIA.

Haspel continuously stated throughout the hearing that the CIA always follows the law and holds itself to a higher ethical standard–two laughable claims. While Hapsel may try to claim that Bush-era legal advice should immunize her from prosecution, it is obvious to anyone that waterboarding an individual, stripping an individual naked and slamming them into a wall, or confining an individual to a coffin sized box is illegal. Many of the US soldiers guilty of torture at Abu Ghraib were prosecuted for “street” crimes like battery and assault. One needn’t have an in depth knowledge of the laws of international armed conflict or constitutional jurisprudence to realize these actions were illegal.

Haspel’s “just following orders” defense also falls apart when we consider her role in the destruction of evidence. According to public accounts, Haspel consistently pushed for the tapes of torture at the blacksite she ran to be destroyed. She eventually drafted the cable that ordered their destruction, even though then Attorney General Alberto Gonzales and Vice President Dick Cheney’s counsel David Addington expressly prohibited the destruction of the tapes. The tapes were also subject to a court order stemming from an ACLU Freedom of Information Act request lawsuit. Haspel finds it very convenient to pick and choose which orders to follow.

Someone who oversaw torture and the destruction of evidence should not be given a promotion. Haspel’s confirmation hearing will be seen as a referendum on torture. And during today’s hearing she did nothing to assuage concerns. While she did say that she would not support the CIA running an interrogation and detention program in the future, noting that such areas were not with the CIA’s area of expertise, she refused to disavow torture.

Haspel’s nomination must be rejected.