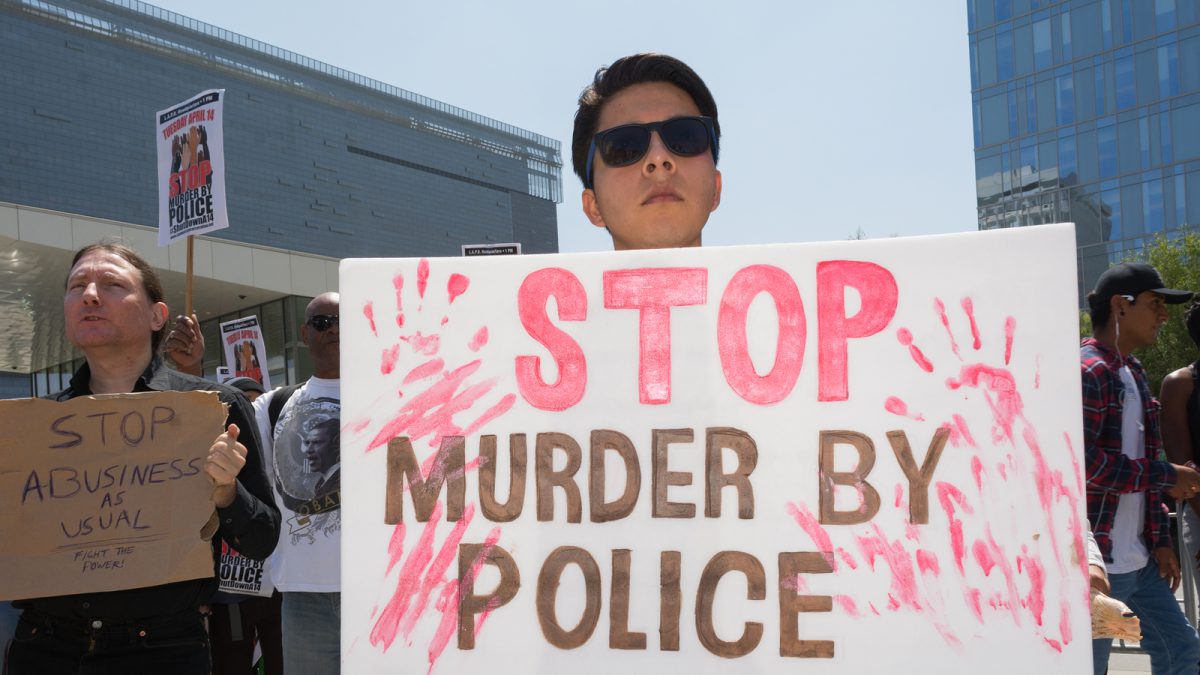 New York NY – Gwen Carr, the mother of Eric Garner, reacted to reports that the administrative judge in the disciplinary trial of the NYPD officer who unjustly killed her son recommended that the officer be fired.

On August 2, 2019, New York Police Department Deputy Commissioner of Trials Rosemarie Maldonado, the administrative judge in the disciplinary trial of Officer Daniel Pantaleo, reportedly recommended the termination of Pantaleo from the NYPD.

“My family and I have been fighting for five long years for justice and accountability for Eric’s murder – and Mayor de Blasio and the NYPD have put up roadblocks and delays every step of the way. It brings me some relief to learn that Judge Maldonado has recommended that Pantaleo be fired – but the recommendation is long overdue, I’m still not allowed to see Maldonado’s report and we still have a ways to go before there is true accountability for Eric’s murder.  It’s past time for Mayor Bill de Blasio and the NYPD to end their obstruction, stop spreading misleading talking points and finally take action for my son.

“Pantaleo must immediately be put on unpaid suspension so that he doesn’t continue to profit from the murder of my son, he should be stripped of his badge and weapons immediately, and he should be fired without a pension, benefits or a ‘good guy letter’.

“A disciplinary trial for Sgt. Kizzy Adonis must be scheduled immediately, and all officers responsible for my son’s death and for engaging in misconduct to cover it up must be charged and fired – including Justin D’Amico and Lt. Christopher Bannon.

“My son deserves more than recommendations; he deserves justice. New Yorkers deserve to know that police who kill our children and those who try to cover it up will be fired from the NYPD so that they don’t get paid with our taxpayer dollars to be a danger to us. I will continue to fight – and I’m asking everyone who supports me in NYC and around the country to continue to fight – until there is accountability for Eric and for all New Yorkers, and until Pantaleo and all of these officers who engaged in misconduct related to Eric’s murder have been fired from the NYPD.”

“Mayor de Blasio and his NYPD have obstructed and delayed accountability and justice for Eric Garner’s family for five years. From refusing to bring departmental charges against Officer Pantaleo for over 4 years, blocking the CCRB’s charges against Pantaleo for over a year, refusing to schedule a disciplinary trial of the only other officer with charges pending, refusing to even charge officers who engaged in cover-up activities – this administration has not been about justice for Eric Garner.

Our members and partners will continue to stand by Gwen Carr and her family to demand the immediate suspension and firing of Pantaleo, and the firing of all of the officers who engaged in misconduct related to Eric. This family has experienced so much pain and loss in the past five years – we stand with Eric’s mother and will not let Mayor de Blasio and his NYPD try to claim mission acccomplished until Pantaleo, D’Amico, Bannon, Adonis and others are off the force.”