Home / Dissent NewsWire / “FROM BOOKING TO BAGGAGE CLAIM:”PRIVACY AND CIVIL LIBERTIES OVERSIGHT BOARD TO EXAMINE USE OF FACIAL RECOGNITION AND OTHER BIOMETRIC TECHNOLOGIES IN AVIATION SECURITY Board Announces Three New Oversight Projects 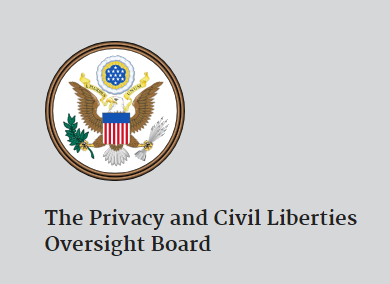 Defending Rights & Dissent fought for the creation of the Privacy and Civil Liberties Oversight Board (PCLOB) in the hopes that it would be a strong tool for oversight and accountability. The PCLOB’s mission is to ensure that the federal government’s efforts to prevent terrorism are balanced with the need to protect privacy and civil liberties.​

The following is a press release from the PCLOB:

WASHINGTON, DC—The Privacy and Civil Liberties Oversight Board has voted to initiate three new oversight projects, including a review of the use of facial recognition and other biometric technologies in aviation security. The aviation-security project will examine how facial recognition and other biometric technologies are used to verify identity at each phase of a journey, from booking to baggage claim.  The project will consider both operational benefits and privacy and civil liberties concerns arising from the use of biometric technologies in the aviation-security context.Chairman Adam Klein, along with Board Members Jane Nitze and Edward Felten, also announced two other new oversight projects approved by the Board.

The Board also recently announced that it is reviewing the NSA’s collection of call detail records under the USA Freedom Act.  Several provisions of that Act, including NSA’s authority to collect call detail records, will sunset in December unless reauthorized by Congress. The level of formality and classification of any reports resulting from these projects will depend on the nature of the Board’s findings and conclusions.  Where oversight projects result in formal written reports, the Board strives to make them available to the public to the greatest extent consistent with the protection of classified information and other applicable law.####

The Privacy and Civil Liberties Oversight Board is an independent agency within the Executive Branch established by the Implementing Recommendations of the 9/11 Commission Act of 2007.  The Board’s mission is to ensure that the federal government’s efforts to prevent terrorism are balanced with the need to protect privacy and civil liberties.  The Board’s current Members are Chairman Adam I. Klein and Board Members Jane E. Nitze and Edward W. Felten.