Free Speech is the Critical Infrastructure to our Democracy

Free Speech is the Critical Infrastructure to our Democracy 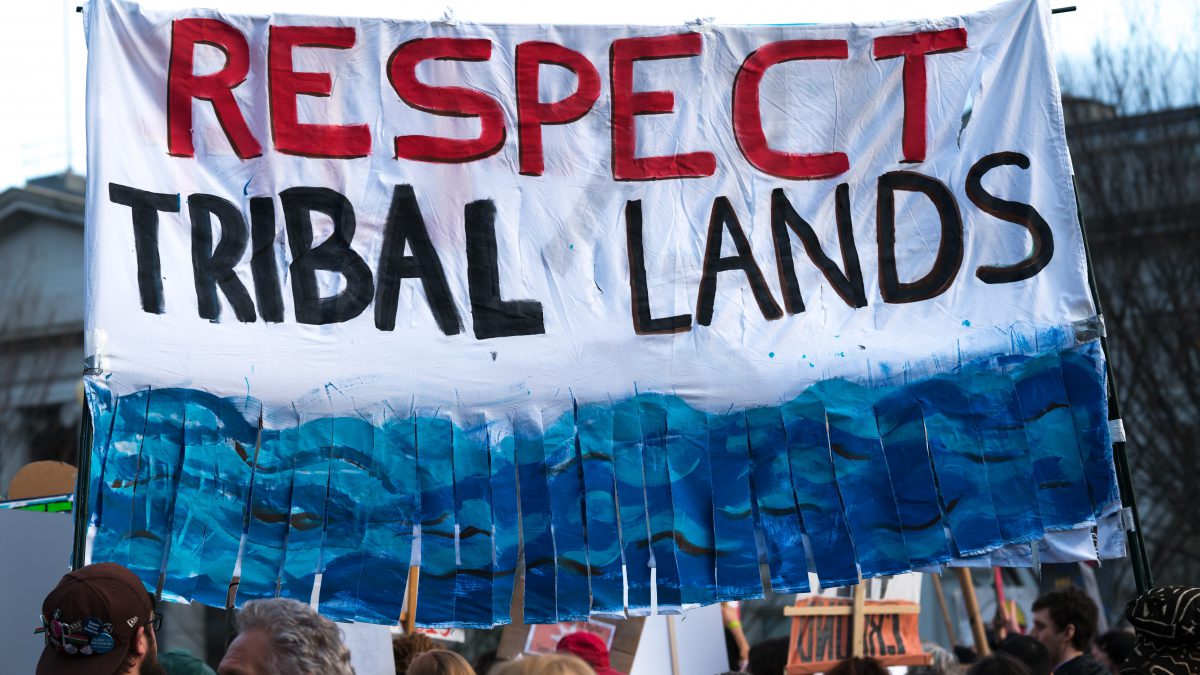 In states red and blue across the country, legislators are joining with corporate interests to undermine the ability of grassroots groups to protest the construction of pipelines and other fossil fuel projects. So too, in states red and blue, are grassroots and policy groups joining together in powerful coalitions to protect their ability to organize and protest. Defending Rights & Dissent and the Protect Dissent Network have been working with several of these coalitions to build the opposition.

The bills, generally referred to as critical infrastructure bills, heighten penalties for nonviolent civil disobedience (such as sitting in at a construction site, chaining one’s self to a piece of equipment, or a staging a protest that blocks an entrance to a site). Many of the bills include conspiracy provisions that would impose draconian penalties on civil society groups that support protests. They are based on a model promoted by the American Legislative Exchange Council, which is adapted from an Oklahoma bill that became law in 2017. Although several states considered bills in 2018, only one was passed, in Louisiana.

This year, a dozen state legislatures have considered, or are considering critical infrastructure bills. Despite our best efforts, bills have reached the Governor’s desk and are awaiting signatures in Indiana and Tennessee, and have become law in North and South Dakota. On the bright side, three states have defeated bills: Kentucky, Mississippi, and Wyoming.

Things are touch and go in Illinois, Minnesota, Missouri, Ohio, and Texas.

DRAD has been working with a strong coalition of grassroots and national groups to defeat HB1633 in Illinois. The fight in this Democrat-controlled state has been made difficult, as the AFL-CIO has come out strongly in support. Hundreds of people have submitted ‘witness slips’ in opposition to the bill (a process in Illinois whereby one can express support or opposition to a bill in committee without having to be present at the committee hearing), while only a handful of corporate lobbyists and the AFL-CIO have submitted slips in support. DRAD organized two different coalition letters to legislators, focusing on the First Amendment, and on criminal justice concerns. Nonetheless, the bill passed the House on April 11 on a vote of 77-28-3.

If you live in Illinois, take action here.

The Minnesota Senate has included anti-protest language in an Omnibus Jobs bill that activists on the ground are fighting to have removed. The language creates new felony trespass crime with potential fines of up to $10,000, five years imprisonment and restitution. That language was not included in the House version of the bill, so a conference committee is negotiating the final language. On Monday, a coalition of 48 local, state, and national civil rights, civil liberties, and environmental groups sent a letter to the committee asking them to take out the language.

Free speech is the critical infrastructure to our democracy.  We must be careful when taking actions that could suppress free speech or make Minnesotans afraid to exercise their rights. The provision is vague and would result in special protections for a particular industry at the expense of Minnesotans, while targeting indigenous communities exercising their free speech rights. Especially considering this proposal was not heard in the House, changes like this deserve a robust discussion, which is lacking.  The prudent action is to take this proposal off the table this year.

The Missouri Coalition for the Environment warns that Senate Bill 293 would further criminalize non-violent civil disobedience in an effort to stop actions like those at Standing Rock in North Dakota. The bill establishes so-called “critical infrastructure” sites that include facilities that are operational or under construction. It also creates a loose legal threshold to charge an organization with conspiracy for the actions of an individual. Should an individual be found guilty under this law, an organization could find itself liable for conspiracy through a fine that is ten times the amount charged to the individual. The bill sponsor’s office was unable to demonstrate how current laws are failing to protect the sites deemed “critical infrastructure” in the bill nor provide evidence of a threat to the these facilities..

In March, Defending Rights & Dissent sent a coalition letter to members of the Missouri General Assembly, signed by 17 state and national civil society groups, including Greenpeace, Food and Water Watch and the Center for Constitutional Rights, as well as the Missouri chapters of the ACLU and Sierra Club.

If you live in Missouri, take action here

This is the second year running that the Ohio state legislature has grappled with a critical infrastructure bill. Last year one city in the state passed a resolution condemning the bill, the first such action against a critical infrastructure bill that we are aware of. This year, SB33 is moving more quickly than its predecessor last year. It passed the Senate on a vote of 4-8 on May 1 and heads to the House.

It’s no surprise that oil companies hold sway over the Texas legislature, which is considering not one, but two, industry-backed critical infrastructure bills. HB3557, which would punish civil disobedience that impairs or interrupts the operation of a critical infrastructure facility as a third degree felony, passed the House on May 7 and now moves to the Senate. If it becomes law, civil disobedience like chaining oneself to a gate to slow work down would lead to a 2 to 10 year prison sentence and up to $10,000 fine. The action is already covered in the criminal statutes.

HB 3557 threatens conscientious Texans, especially people of color. Many critical infrastructure sites are in poor neighborhoods where people of color reside. These communities are underserved, over-criminalized, unprotected, and inordinately affected by industry and deserve the right to draw attention to the negative impacts of industry on their communities. But HB 3557 unjustifiably overcriminalizes and imposes draconian punishments on peaceful, non-violent civil disobedience, in effect, silencing people in these communities and their allies.

If you live in Texas, Take Action Here.